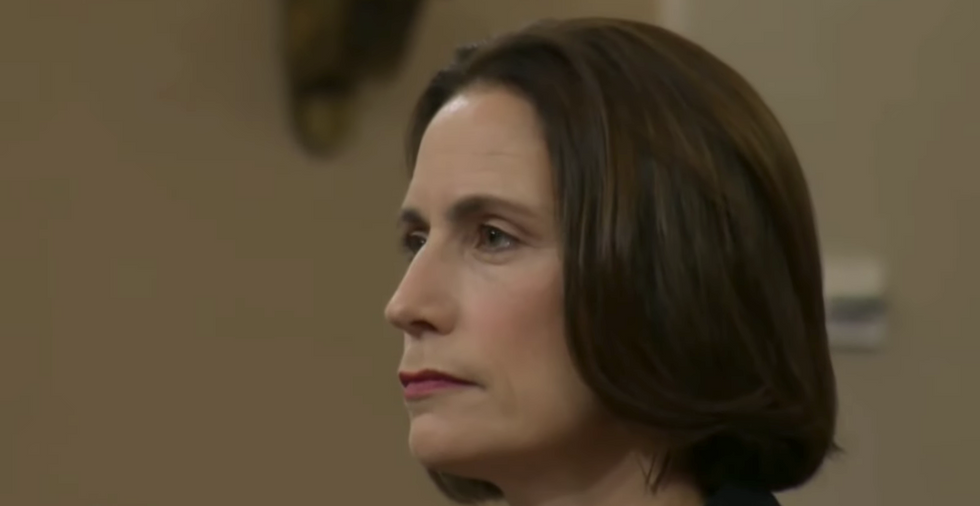 Security experts have been warning that it is not a question of whether or not the Russian government under President Vladimir Putin will try to interfere in the United States’ 2020 presidential election — it is a question of how much it will be able to interfere. And Fiona Hill, a foreign affairs expert and former National Security Council (NSC) official, discussed Russia’s impact on the U.S. during an interview for CBS’ “60 Minutes” that aired on March 8.

This was Hill’s first public interview since her testimony during House Democrats’ impeachment inquiry against President Donald Trump in 2019. Speaking to host Lesley Stahl, Hill warned, “Putin, sadly, has got all of our political class, every single one of us, including the media, exactly where he wants us. He's got us feeling vulnerable, he’s got us feeling on edge, and he’s got us questioning the legitimacy of our own systems.”

Stahl asked Hill (who is originally from the U.K.) if the U.S. is in another Cold War with Russia, and the foreign affairs expert responded, “I don’t think that we’re in a second Cold War. The one thing that people need to bear in mind is that the Russian military still has the capacity to wipe out the United States through a nuclear strike. But there is no ideological struggle. The Cold War were two systems against each other. In a sense, we’re in the same system. We’re competitors.”

It is no secret that Putin is hoping Trump will be reelected, as he views Trump as being more favorable to Russian interests than a Democratic president would be. When Stahl asked Hill if reports that the Russian government is “hoping that Bernie Sanders will be” the 2020 Democratic presidential nominee “make sense” to her, Hill responded, “It does make sense because what the Russians are looking for is the two candidates who are kind of the polar opposites. They’re looking, you know, to basically have the smallest possible number of people supporting those two candidates, with everybody else kind of lost in the middle — so that it exacerbates, exaggerates as well, the polarization in the country.”