'Finally': Judge orders Chelsea Manning's immediate release after a year in jail and a suicide attempt 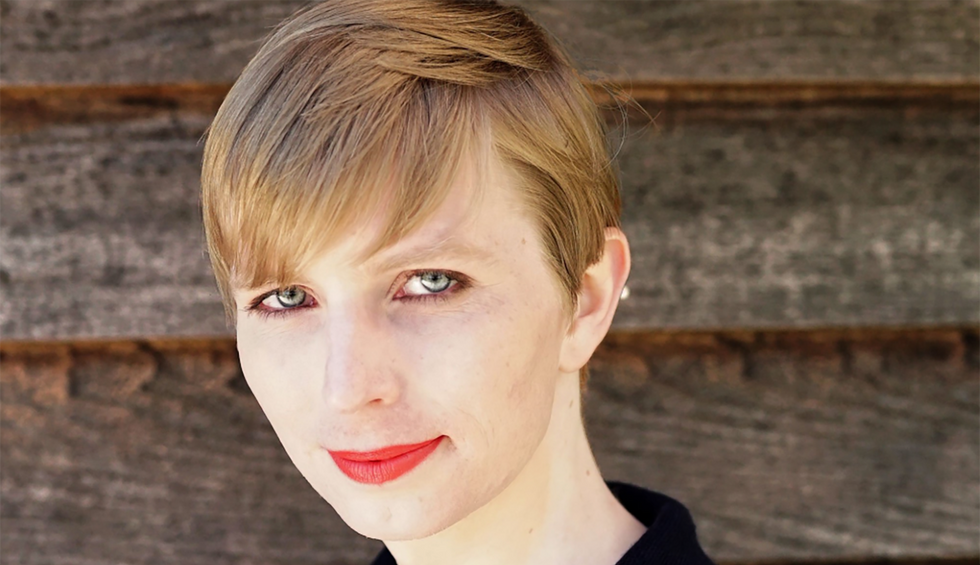 Federal Judge Anthony Trenga on Thursday ordered the immediate release of U.S. Army whistleblower Chelsea Manning less than 24 hours after Manning's legal team disclosed that she was recovering in the hospital after attempting suicide in jail.

Multiple human rights advocates and supporters responded to Trenga's order with one word: "Finally." Manning has spent the majority of the past year at the William G. Truesdale Adult Detention Center in Alexandria, Virginia for her refusal to testify to a grand jury about WikiLeaks and its founder, Julian Assange.

Manning's legal team had filed a motion last month demanding her release and said late Wednesday that despite attempting to end her own life, the whistleblower still planned to attend a related court hearing scheduled for Friday.

Trenga, with his order (pdf) Thursday, canceled that hearing and ordered her release, writing that "Manning's appearance before the grand jury is no longer needed, in light of which her detention no longer serves any coercive purpose."

In a statement about Trenga's ruling Thursday evening, Manning's legal team said, "Needless to say we are relieved and ask that you respect her privacy while she gets on her feet."

Supporters of Manning welcomed the order for her release; they also continued to charge that she should have never been jailed in the first place and wish her well in her recovery:

Our comrade Chelsea Manning will finally be released after a suicide attempt. We’re with you Chelsea. In safety and… https://t.co/MZCAFr8jNY
— ACT UP NY (@ACT UP NY) 1584049800.0

Some of Manning's supporters and journalists pointed out that the Eastern District of Virginia judge also ordered Manning to pay the $256,000 in fines she has accrued for her refusal to testify.

"She will now struggle with destitution and poverty, but at least she will no longer be in a jail cell," tweeted Kevin Gosztola, managing editor of Shadowproof. "This is a victory against abusive grand jury process. She stood on her principles and remained unwavering, even when her own mental and physical health was at risk. She resisted in order to defend press freedom. And she ultimately won, though it exacted a traumatic toll on her."

"The U.S. government lost," Gosztola added. "They wanted nothing more than to haul before grand jury and force her to say words that could be used against WikiLeaks founder Julian Assange. Prosecutors will have to wait to call her as a prosecution witness if Assange is brought to U.S. for trial." Assange is currently detained in London, battling the U.S. government's attempt to extradite him.

United Nations Special Rapporteur on Torture Nils Melzer has condemned the conditions under which both Assange and Manning have been imprisoned. In a letter to the U.S. government last year, Melzer wrote that Manning's detention was "an open-ended, progressively severe coercive measure amounting to torture."

The Washington Post reported that "hacker Jeremy Hammond, who was also being held in civil contempt for refusing to testify before the WikiLeaks grand jury, was also ordered released by Trenga after five months of civil contempt. But he is still serving a ten-year prison sentence for cyberattacks on various government agencies and businesses."