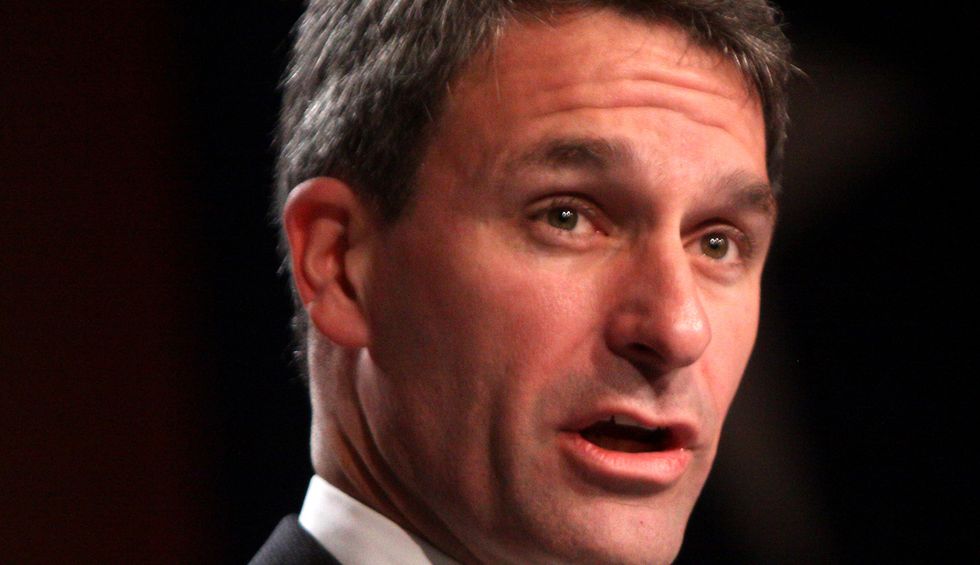 A federal judge on Sunday ruled President Donald Trump illegally installed Ken Cuccinelli as his acting Director of the U.S. Citizenship and Immigration Services (USCIS). Cuccinelli, who has a history of promoting white nationalist, anti-LGBTQ, and misogynistic policies and beliefs, has ties to a hate group, is the former Virginia Attorney General who lost his bid to become that state’s Republican governor.

In his 55-page decision U.S. District Judge Randolph Moss ruled “that Cuccinelli was not lawfully appointed to serve as the acting Director of USCIS,” and therefore certain directives related to removal of undocumented immigrants seeking asylum he implemented “must be set aside.”

The court also appeared to deliver a lesson in law and history to the Trump administration, saying almost directly that the constitutional requirement of “advice and consent” is not optional. Citing a legal precedent Judge Moss wrote obtaining the Senate’s approval is “more than a matter of ‘etiquette or protocol’; it is among the significant structural safeguards of the constitutional scheme.”

Cuccinelli, who sits on Trump’s coronavirus task force, was just in the news – and mocked – a week ago for this tweet:

Some experts weigh in on today’s ruling: