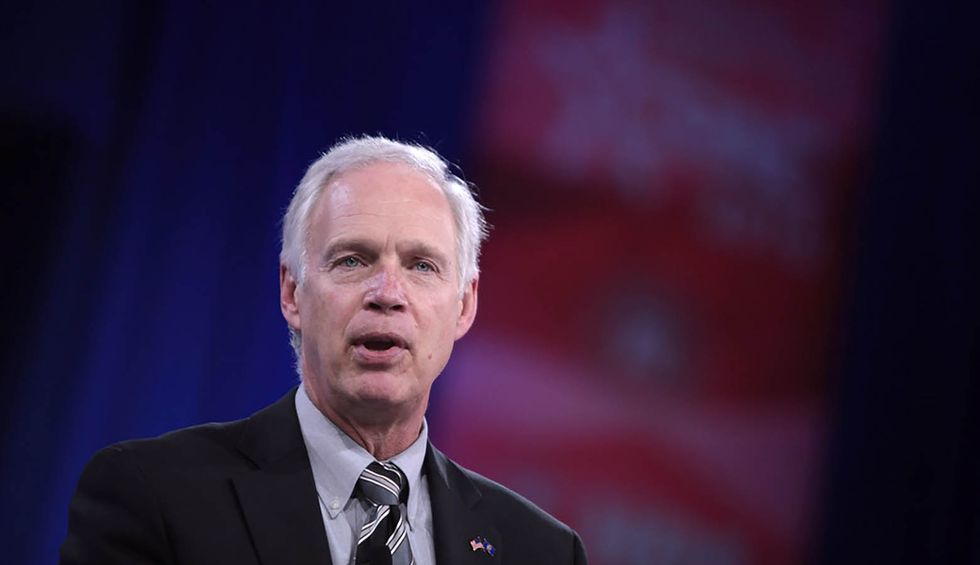 After news of Republican Sen. Richard Burr's stock sell-off ahead of the coronavirus-induced market crash prompted more digging into financial disclosure documents Thursday night, at least three additional GOP senators and one Democrat were found to have unloaded holdings just before the pandemic sent the U.S. economy into a tailspin.

Some of the sales that were highlighted on social media, such as those by Sen. Dianne Feinstein (D-Calif.) and Ron Johnson (R-Wis.), appeared to be unconnected to the coronavirus crisis, analysts pointed out—while also urging that the transactions be closely examined.

But others looked far more suspicious on their face, sparking accusations of insider trading and demands for resignations. The Daily Beast reported late Thursday that Sen. Kelly Loeffler (R-Ga.), the newest member of the Senate, sold off millions of dollars worth of stock holdings following a private Jan. 24 Senate Health Committee meeting on the coronavirus threat.

Loeffler, according to The Daily Beast, "reported the first sale of stock jointly owned by her and her husband on Jan. 24, the very day that her committee, the Senate Health Committee, hosted a private, all-senators briefing from administration officials, including the CDC director and Anthony Fauci, the head of the National Institute of Allergy and Infectious Diseases, on the coronavirus."

Much like Burr, Loeffler publicly voiced optimism about the strength of the economy and the Trump administration's response to the coronavirus crisis even as she unloaded stock holdings.

"There need to be two open Senate seats by the morning," tweeted Rep. Ilhan Omar (D-Minn.). "No excuses."

In a tweet Thursday night, Loeffler called any accusations of wrongdoing "ridiculous and baseless."

Loeffler and her husband carried out 29 stock transactions from Jan. 24 through mid-February, The Daily Beast reported, "all but two of which were sales."

"One of Loeffler's two purchases," The Daily Beast noted, "was stock worth between $100,000 and $250,000 in Citrix, a technology company that offers teleworking software and which has seen a small bump in its stock price since Loeffler bought in as a result of coronavirus-induced market turmoil."

"It is stomach-churning that the first thoughts these senators had to a dire and classified COVID briefing was how to profit off this crisis," tweeted Rep. Alexandria Ocasio-Cortez. "They didn't mobilize to help families, or prep response. They dumped stock. Sen. Loeffler needs to resign, too."

"It looks like Jim Inhofe also sold stock after receiving the briefing about the seriousness of coronavirus," said progressive commentator Erick Fernandez. "An endless, bottomless pit of corruption."