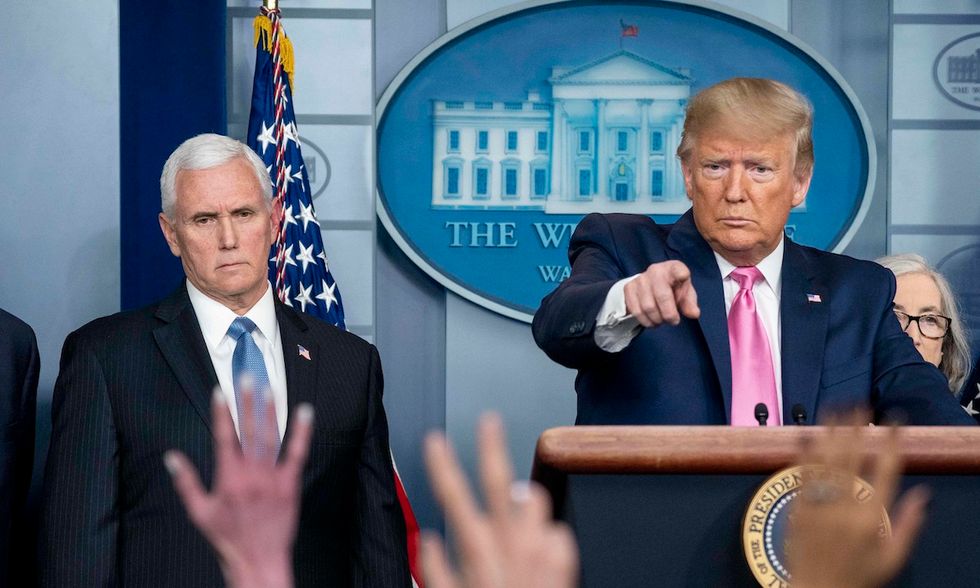 White House officials speaking on the condition of remaining anonymous have confessed to the Washington Post that Donald Trump’s administration is reeling as officials scramble to deal with the coronavirus pandemic.

According to the report under the headline, “Inside Trump’s frantic attempts to minimize the coronavirus crisis,” the Post begins by noting that President Donald Trump botched identifying the first victim of the virus in the U.S. during his Saturday press conference while also playing down the importance of another person infected in California — which the report notes is emblematic of the disarray in the administration.

“Trump’s playing down of the California patient at his news conference underscores the administration’s slapdash and often misleading attempts to contain not just the virus, but also potential political damage from the outbreak — which has tanked financial markets, slowed global commerce and killed some 3,000 people worldwide, including the first U.S. death, announced Saturday,” the Post reports, adding, “Since Trump touched down from a two-day trip to India early Wednesday morning, the administration struggled to cope with the fallout from the crisis — shaking up and centralizing its coronavirus response team under the leadership of Vice President Pence, floating plans to stabilize the markets and publicly seeking to minimize the threat posed by the potential pandemic.”

Speaking with over two dozen officials in the administration, the Post reports the White House is “…scrambling to gain control of a rudderless response defined by bureaucratic infighting, confusion and misinformation. ”

As one senior Trump administration official put it: “It’s complete chaos. Everyone is just trying to get a handle on what the [expletive] is going on.”

The report goes on to note that Trump decided to tap Vice President Mike Pence — as well as other White House officials — to run the White House task force combatting the growing pandemic because “… bringing in a person from outside the administration might be seen as a failure — and wondering whether such a person would be loyal to him, according to those familiar with the debate.”

“The decision to tap Pence and streamline all communication through the vice president’s office was primarily driven by a potent combination of a lack of leadership and structure inside the White House, four senior officials said, as well as a faulty CDC coronavirus diagnostic test, botched and conflicting messaging from senior health officials, and Trump’s obsession with the falling financial markets, two senior administration officials said,” the report adds. “Many HHS employees fretted that financial concerns, rather than public health considerations, were dictating the administration’s response, one of the officials added.”