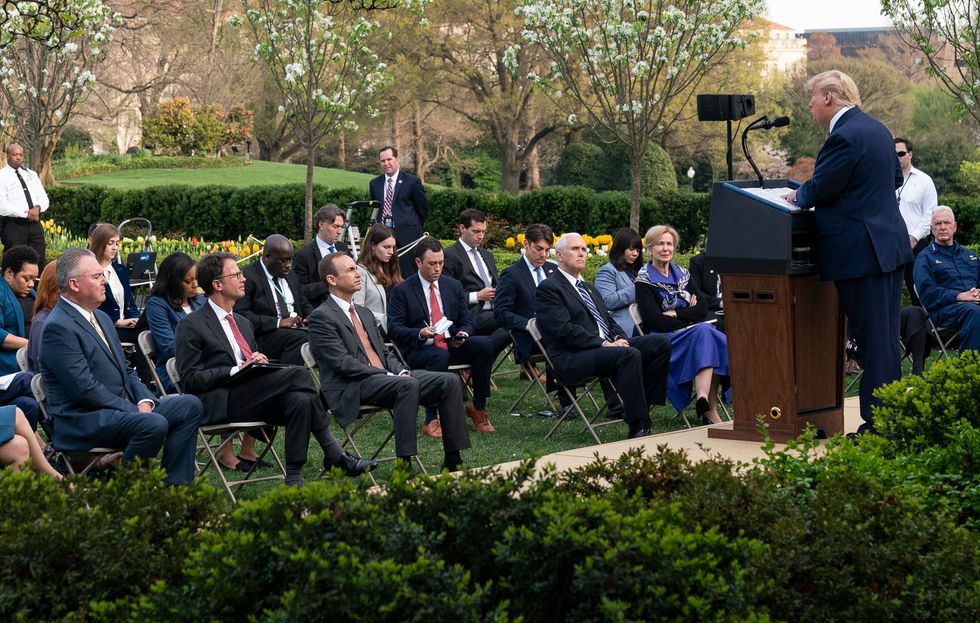 CNN chief Jeff Zucker thinks it's a tough call on whether his news outlet should air a steady stream of life-threatening disinformation live every day or pull the plug and responsibly fact check it before injecting it into the ether for public consumption.

“It’s a very difficult decision,” Zucker said of Donald Trump's coronavirus briefings during an employee call Monday, according to the Daily Beast. “As of now, we are going to continue to carry those briefings."

Zucker defended purposely showering the public with factually inaccurate information by arguing that it was important for viewers to both get critical information from infectious-disease experts like Dr. Anthony Fauci and see Trump get grilled by reporters. What a bunch of crap. Trump's coronavirus lie-fests only serve to confuse the public and, in the most extreme cases, literally costs lives.

This isn't even close to a hard call, folks, if you employ even the teeniest tiniest bit of journalistic ethics. Journalists' and news outlets' most fundamental obligation to the public is to disseminate accurate, factually sound information. Trump has lied at every press conference he's ever given, bar none. Given that track record, no new organization should be airing anything he says live, particularly on a topic that's literally a matter of life and death. Unless, of course, all you give a damn about is ratings.

If Zucker wants the public to have the benefit of hearing from Dr. Fauci and actual scientists, fine, air their portion of the briefing live. If Zucker wants people to get the benefit of seeing Trump get grilled, fine, gather the best back-and-forths and run a package after the fact that can be properly framed by an anchor.

Over the weekend, Trump himself boasted about the ratings his disinformation briefings were getting. "On Monday, nearly 12.2 million people watched Mr. Trump’s briefing on CNN, Fox News and MSNBC, according to Nielsen — ‘Monday Night Football’ numbers," Trump tweeted, quoting a New York Times article.

If ever there was a reason not to air Trump's constant stream of life-threatening inaccuracies, it's because a lot of people are watching those briefings.

That is, if you're interested in actually helping people survive this epidemic. But hey, if ratings and killing people is your thing, have at it, Zucker.