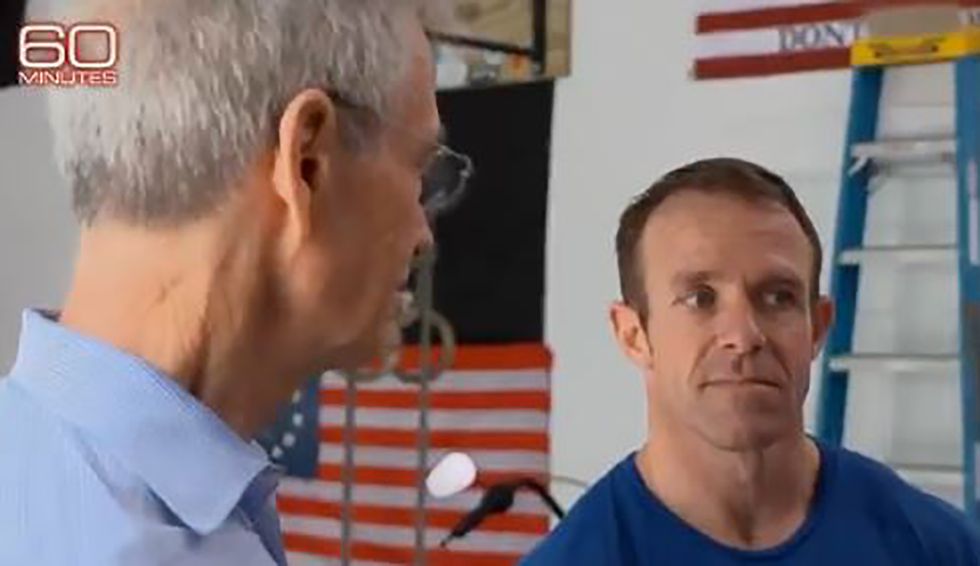 The self-claimed “most successful news magazine in TV history” 60 Minutes surprised viewers by normalizing a war criminal in a story which aired March 1. In an interview with CBS News’ David Martin, retired Navy SEAL Edward Gallagher is seen showing off war “mementos” including the alleged knife used to stab a teenage ISIS fighter, whose corpse Gallagher infamously posed with in a photo alongside the American flag.

In Sept. 2018, Gallagher was arrested when Navy officials learned that seven members of his platoon were “warned” and their careers threatened by their commander if they spoke up against Gallagher. While Gallagher was acquitted from all war crime charges, including charges of murder from shooting and killing civilians during his deployment in Iraq, he was found guilty of shaming the armed forces with the aforementioned photo. As a result of his actions, Gallagher was demoted, an action reversed by Donald Trump.

It is disheartening to see 60 Minutes normalize the behavior of a known war criminal who has actively gloated about the crimes he has committed without remorse. Gallagher has made past headlines for not only his horrific actions, but for threatening those who move to speak up against him. “The guy is freaking evil,” Special Operator First Class Craig Miller told investigators of Gallagher’s case, according to The New York Times. Not one but various men in his platoon were aware and spoke against Gallagher’s behavior to investigators. “You could tell he was perfectly O.K. with killing anybody that was moving,” Special Operator First Class Corey Scott, a medic in the platoon, said.

The interview attempted to humanize Gallagher by depicting him in his home exercising and asking him whether or not he knew the actions he was “accused” of were wrong. Gallagher not only denied stabbing the teenager but claimed he attempted to provide him medical care, an action, the news outlet said, there is no video footage of because the SEAL allegedly “recording the scene turned off his helmet camera.”

Asked about the gruesome photo, Gallagher said he learned his lesson and knew it was “distasteful,” a non-apology that showed his lack of remorse. "I'm pretty sure I'm the first person ever to go to a general court martial for it—for taking a picture," Gallagher said in the interview. "It's been done on previous deployments."

While 60 Minutes attempted to showcase the criminal as a war veteran and hero, many viewers saw through this facade and called the outlet out on Twitter for glorifying and giving airtime to a heartless war criminal and called to #Boycott60Minutes.

The show @60Minutes is glamorizing the murdering war criminal Eddie Gallagher. They have a tweet up celebrating the… https://t.co/gNnIbbn37m
— David M. Perry (@David M. Perry)1583114887.0

The show @60Minutes is glamorizing the murdering war criminal Eddie Gallagher. They have a tweet up celebrating the… https://t.co/gNnIbbn37m
— David M. Perry (@David M. Perry)1583114887.0

Watch a clip from the interview below: