A Colorado teen could face decades in prison — for marijuana charges 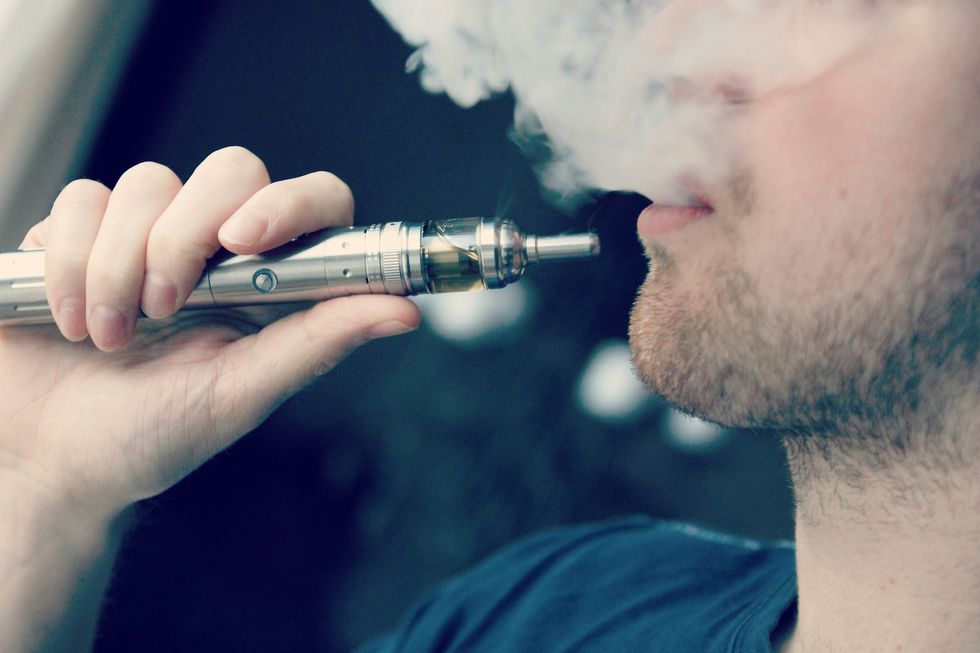 Vaping-associated pulmonary illness reportedly contributed to 68 deaths through February 18, 2020. After an initial, misplaced drug scare around nicotine vapes—adulterated illicit THC products were in fact responsible—several experts have noted that the moral panic has switched to marijuana vape pens. For context, in 2019 alone, nearly 40,000 people died in car crashes; 83 percent of Americans still drive “frequently”—and even high schoolers who are still legally children can drive in most states.

Yet thanks to draconian drug laws in Colorado, of all places, a young man just over the age of legal adulthood may face literal decades in prison for vaping cannabis, which he provided, with some girls in his peer age-range.

Ivan Henriquez Lopez, who is 19, allegedly snuck onto school grounds in February to vape with two girls who had let him into the high school he got expelled from previously. He was on probation for giving a minor a pellet gun at the time, but there’s no evidence Lopez is dangerous.

He got caught on surveillance camera, and Aspen District Attorney Jeff Cheney charged him with five felonies. These included second-degree burglary, and double counts each of distribution of marijuana to a minor on school campus and contributing to the delinquency of a minor.

Deputy DA Don Nottingham told the local paper that Lopez could face eight to 32 years in prison, because the alleged offenses happened on school property. However, Nottingham noted that the decision to charge Lopez under this “special offender” statute is solely based on the DA’s discretion.

First things first, we are talking about cannabis. It has been legal in Colorado since 2012, albeit for adults over 21. The girls were too young to have it, but so was Lopez himself. The case so far is the equivalent of teens drinking together at a high school house party where the parents are out of town—a common occurrence that would carry a somewhat higher risk.

But not so fast. Colorado’s Uniform Controlled Substances Act still has lots of bogus provisions—like the one that makes an adult two years older than a minor a “felon” for giving an ounce or less of cannabis to a minor. The Act’s “special offender” provision then bumps the offense to a level-one drug felony, hence the potential eight to 32 years in prison.

Wanting to keep cannabis out of teenagers’ hands is a reasonable goal—even if a rather unattainable one, as the US Department of Health and Human Services admits. But even Aspen DA Cheney’s peers seem capable of seeing nuance in charging decisions when it comes to young people.

Before Colorado passed its sexting bill to lessen penalties in 2017, Cañon City High School had a teen sexting scandal of massive proportions: So many football players were implicated that the school had to cancel a game. Faced with the options of charging all of these high schoolers as child pornographers or leaving discipline to the school, then-Cañon City DA Thom LeDoux chose the latter.

One might say teen sexting and a young adult sharing cannabis with similarly aged teenagers are apples and oranges, so here is another way to think about it. Federal drug laws are often seen as draconian, and they usually are. Cannabis is not even legal for adults on the federal level. But when it comes to selling cannabis in cases like Lopez’s, under federal law he would not even be eligible for a one-year mandatory prison sentence, unless he gave over 5 grams to the girls.

Surely someone has to put a stop to DA Cheney’s outrageous bout of Reefer Madness?