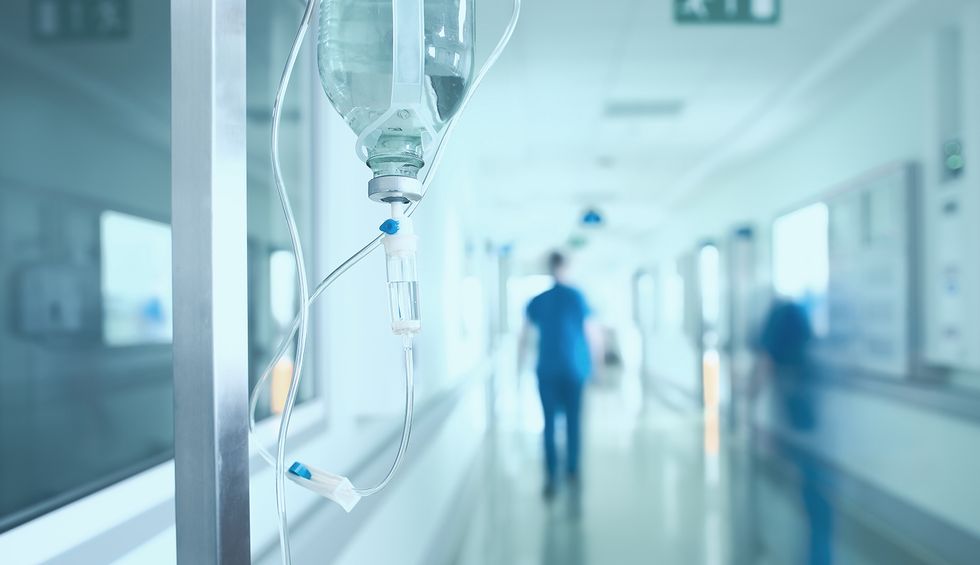 Royalty-free stock photo ID: 528854752 Silhouette of a doctor walking in a hurry in the hospital corridor.
Alex Henderson
March 27, 2020 Video

From Italy to Iran to Queens, the coronavirus pandemic engulfing the globe has been especially deadly for older patients. But that doesn’t mean younger people are immune to it by any means, and in Lancaster, California, a 17-year-old has died after being turned away from one facility because he lacked health insurance.

In a video posted on YouTube on Wednesday, Lancaster Mayor R. Rex Parris noted that the boy “had no previous health conditions” and that his condition deteriorated rapidly.

“On Friday — the Friday before he died —he was healthy,” Parris explained. “He was socializing with his friends. By Wednesday, he was dead.”

Parris indicated that the 17-year-old might still be alive if a medical facility hadn’t turned him away.

“Wednesday, he had gone to an urgent care for an HMO,” Parris noted. “He did not have insurance; so, they did not treat him and sent him to (Antelope Valley) Hospital. In route to AV Hospital, he went into cardiac arrest. When he got to AV Hospital, they were able to revive him and keep him alive for about six hours. But by the time he got there, it was too late.”

Critics of the United States’ health insurance system have been arguing that it could discourage either the uninsured or the underinsured from seeking treatment if they are suffering severe symptoms from coronavirus. The 17-year-who died in Lancaster did seek treatment, but according to Parris, he lost valuable time on his way to Antelope Valley Hospital.

Parris said of coronavirus symptoms, “We’ve learned that once you go into respiratory issues — you have trouble breathing, you’re short of breath, and you have a fever — that is the time to get medical treatment without delay.”