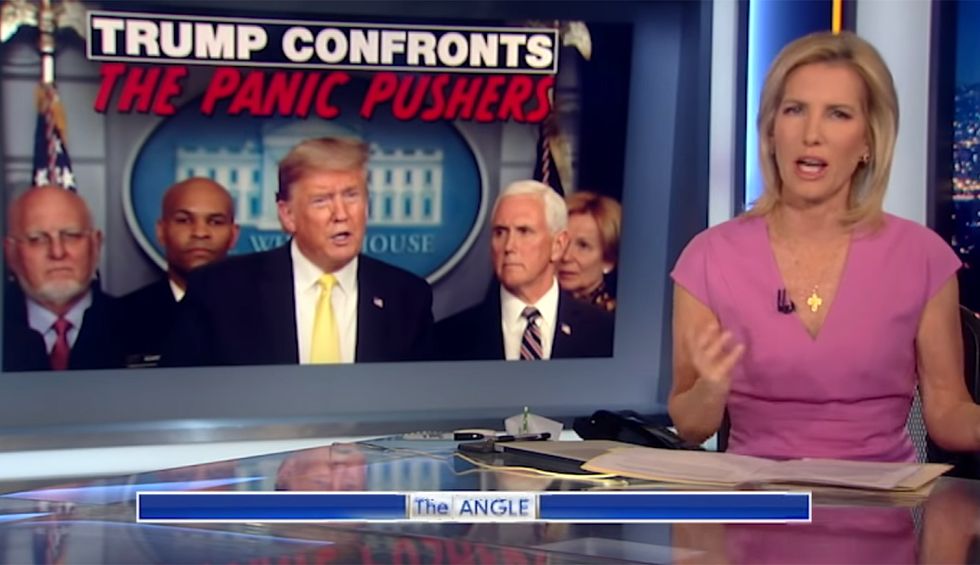 Trump, who on Sunday bragged that the ratings for his news briefings were higher than "The Bachelor," told "Fox & Friends" that he personally made Cuomo "successful." But the governor's approval rating was up to 71% among New Yorkers in Siena College poll released Monday, while just 41% approved of Trump.

"One of the reasons his numbers are high on handling it is because of the federal government," Trump said during the lengthy phone interview. "Because we give him ships, and we give him ventilators and we give him all of the things that we're giving him . . . We're giving him four hospitals, and four medical centers and all of the things that we've done . . . One of the reasons he's successful is because we've helped make him successful."

"I don't believe" they need that many, Trump told Fox News host Sean Hannity last week before denying on Sunday that he said so. Trump went on to baselessly accuse a hospital of misusing or stealing protective equipment, drawing a strong rebuke from Democrats.

Cuomo also blasted Trump on Sunday for sparking fear in New York by floating an "enforceable" quarantine for the area's residents before standing down hours later.

The Siena poll found that 56% of New Yorkers disapprove of Trump's response, and 61% of the state's residents have an unfavorable view of the president in general.

Despite tearing into lawmakers trying to deal with the crisis in the U.S., Trump defended China and Russia for spreading disinformation about the virus online.

Trump said he planned to speak to Russian President Vladimir Putin, prompting host Brian Kilmeade to ask what he would say if Putin asked him "to lift sanctions."

Trump then bizarrely went on to note that Russia was "our partner in World War II."

"Germany was the enemy, and Germany is like this wonderful thing [now]," Trump said. "Well, Germany takes advantage of us on trade for years. They pay far too little in NATO. They are paying 1%. But they are supposed to pay 2%, and nobody talks about that."

Trump dodged questions about actual, specific measures he was taking to help those hit hardest by the virus, angering even his staunchest supporters at the network.