Why is Trump trying to kill a small agency with a big impact on public safety? 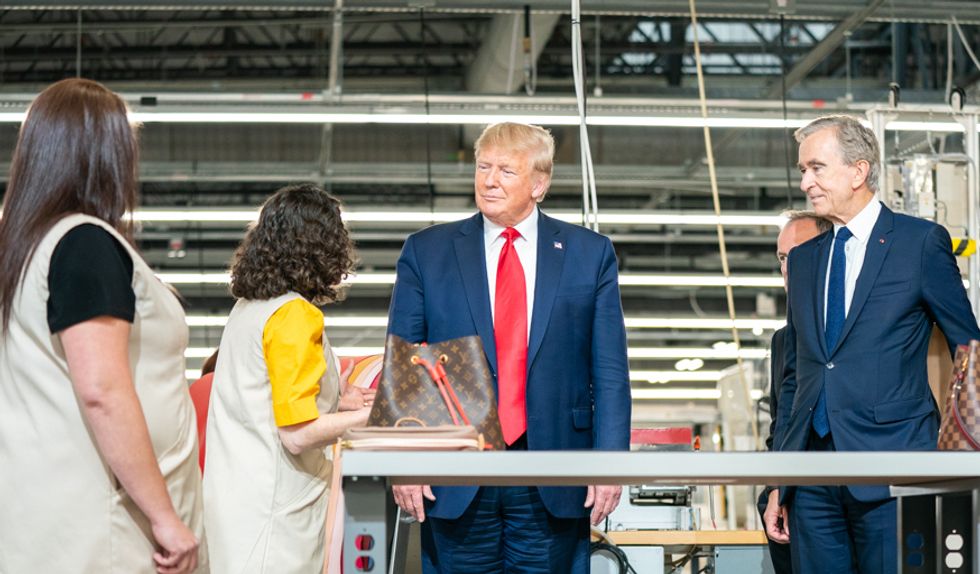 Pipe fitter Jody Gooch and welders Sedrick Stallworth and William Rolls Jr. stood just feet away when a tank exploded at the Packaging Corporation of America pulp and paper mill in DeRidder, Louisiana. The blast killed the contract workers, injured seven others and hurtled the 80-foot tank six stories into the air.

The U.S. Chemical Safety and Hazard Investigation Board (CSB) concluded that welding sparks likely ignited turpentine vapors that built up inside the tank, and the agency released a comprehensive incident report and safety video to protect workers at other mills.

The CSB regularly issues guidance like this so companies that use dangerous chemicals in the production process learn from their mistakes. But Donald Trump, who refuses to admit his own failures, can’t grasp the importance of learning from anyone else’s, either. Instead of supporting the safety watchdog, Trump wants to kill it.

He allocated no funding for the CSB four years in a row. As board members’ terms expired, Trump failed to replace them. The five-person board is down to just one member, whose term expires in August.

Trump likes to call himself a champion for workers.

But more workers will die if he abolishes the CSB. The people who live near these plants will be at increased risk as well because explosions, leaks and toxic emissions often inflict widespread damage on nearby communities.

Many Americans probably have never heard of the CSB. But they’re safer because of it.

Congress created the 22-year-old agency to conduct independent investigations of industrial chemical disasters. Congress considered the work so important that it shielded the agency from outside interference.

The CSB doesn’t answer to any agency or official in the executive branch. This autonomy enables it to scrutinize not only the companies involved in disasters but also the Environmental Protection Agency (EPA), Occupational Safety and Health Administration (OSHA) and other federal entities regulating these industries.

The CSB issues no fines or citations. It makes no regulations. Its mission is safety education.

The agency interviews witnesses, collects chemical samples for analysis and reviews the plant’s operating and safety records to determine how a disaster occurred. It disseminates its findings through reports, bulletins and videos. By sharing lessons learned, the CSB strives to avert future tragedies.

Since it began operating in 1998, the CSB investigated hundreds of disasters and made hundreds of safety recommendations.

Often, the CSB uncovers lapses in safety or identifies threats, such as the buildup of flammable turpentine at Packaging Corporation of America, with industry-wide implications.

The board determined that turpentine accumulated because of confusion in the mill about who was responsible for maintaining the tank. An unusual amount of air also entered the tank, making the contents especially volatile when Gooch, Stallworth and Rolls began hot work.

Thanks to the CSB’s investigation, companies know to guard against those risks.

The agency’s reports, bulletins and videos all are accessible on the board’s website. If Trump abolishes the CSB, companies, unions and workers would have no easy way of learning about hazards, other companies’ experiences, or safety trends, setting the stage for even more disasters.

The CSB does its vitally important work with a mere $12 million annual budget. Communities and workers’ lives are invaluable, and chemical-related disasters cause billions of dollars in damage to mills, plants and refineries. The CSB reported that BP alone suffered more than $1.5 billion in financial losses because of the 2005 fire and explosions at its Texas City, Texas, refinery that killed 15 contractors and injured 180 other workers.

Yet Trump, the billionaire who loves to brag about his business skills, refuses to acknowledge the enormous return that Americans get for a minimal investment in the CSB. He fails to see the CSB for the bargain it is.

Workers, scientists and people who live near chemical plants all value the board’s work. Even corporations and Republican members of Congress support the CSB.

When Trump cut the CSB out of his 2018 budget, a vice president at Tesoro, Stephen Brown, called for sparing the agency. He did so even though the CSB criticized Tesoro’s safety practices after a 2010 fire and explosion at the company’s Anacortes, Washington, refinery that killed a supervisor and six workers represented by the United Steelworkers (USW) union.

“I don’t think anyone in the industry wants to see the Chemical Safety Board be abolished,” Brown said.

Congress understands the CSB’s critical role, so it funded the CSB in 2018 despite Trump’s opposition. It continued funding for 2019 and 2020 after the president left the agency out of his budgets for those years as well.

Now, in his newest budget proposal, Trump wants to eliminate the agency’s regular funding for 2021. Instead, he wants to give the CSB $10 million to wind down affairs and disappear.

As he tried to starve the agency of money, Trump also gutted the board. Members rotated off at the end of their terms, and Trump refused to replace them.

Under normal circumstances, five board members—all experts in workplace safety—direct investigations and the agency’s 50 or so employees. They also travel to disaster sites and hold community meetings to keep the public informed.

The CSB operated with three board members from June 2018 until December, when Manny Ehrlich’s term expired. On Feburary 5, Rick Engler’s tenure ended. That leaves only Dr. Kristen Kulinowski, whose term expires in August.

Last year, Trump nominated Katherine Lemos, an official at Northrop Grumman Corp., to fill one of the vacancies. The Senate hasn’t yet voted on her confirmation. But one new board member isn’t sufficient, especially with Kulinowski’s impending departure.

Trump claims that the CSB isn’t needed because other agencies, such as the EPA, oversee the chemical and petrochemical industries. But the CSB’s importance grew as Trump’s EPA fell down on the job.

Last year, in a big gift to corporations, the EPA gutted the Chemical Disaster Rule, a series of regulations intended to force operators to take commonsense steps to prevent disasters and conduct more thorough investigations after tragedies occur.

For example, the rule required operators to consider whether new equipment or changes in the production process would improve safety. It also mandated them to conduct comprehensive investigations after a disaster—the kind the CSB performs—to identify all the contributing factors.

The CSB opposed the EPA’s rollback of the Chemical Disaster Rule. Now, if the CSB isn’t around to perform deep-dive investigations, there’s no guarantee that anybody will.

When a disaster occurs, as it did at Packaging Corporation, the victims’ families and colleagues deserve to know what went wrong. Other workers deserve to be protected from similar tragedies.

If Trump abolishes the CSB, he will subject more workers to grisly deaths. And the industry won’t learn from its mistakes. It will be doomed to repeat them.