White Christians are becoming more Republican. How worried should Democrats be? 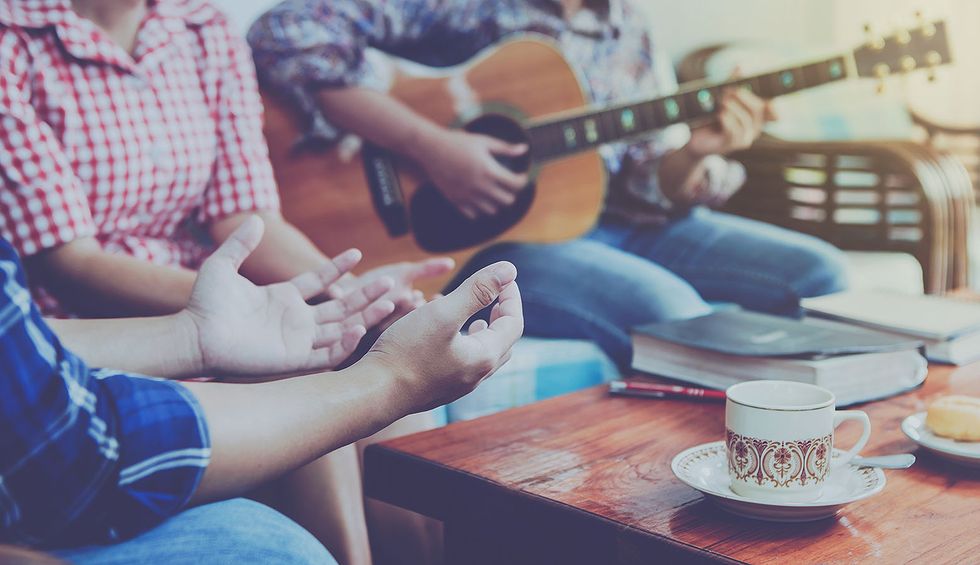 White Christians are increasingly Republican. That brings up two competing questions: What can Democrats do to change that? And how big of a danger sign is it?

Donald Trump didn’t just win white evangelical Christians in 2016, Religion News Service’s Jack Jenkins points out. “Trump also swept all major categories of white Christians. He won 60% of white Catholics on Election Day, according to a Pew analysis of exit polls, and a January 2017 Public Religion Research Institute survey found 57% of white mainliners had a favorable view of the president around the time of his inauguration.”

It’s not just Trump, either. The percentage of white Christians identifying as Republican or leaning in that direction jumped from 48% in 2007 to 56% in 2014. That’s a serious trend, and it extends to denominations that are generally considered pretty liberal.

The question is what you make of it.

Sociologists of religion offered Jenkins two important, linked explanations for the Republican shift among white Christians. The “white” part is important, Clemson’s Andrew Whitehead said, pointing to the importance of Christian nationalism, which can “cover over racialized language with religious symbolism so you don’t even see the race part.”

Eastern Illinois University political scientist Ryan Burge took it a step further. “Race matters more than religion right now,” he told Jenkins. “White Christians are white, and the Republican Party has become the party of whites, and the Democratic Party has become the party of nonwhites.” In that view, no amount of religion talk from Democrats is going to win back substantial numbers of white Christians.

University of Minnesota sociologist Penny Edgell pointed to another factor in white Christians becoming more Republican: “The liberal/moderate Protestant ranks have declined as people who were ‘moderately’ religious have left altogether as religion has become more politicized and associated with the political right.” According to a recent Pew survey, “the religiously unaffiliated share of the population, consisting of people who describe their religious identity as atheist, agnostic or “nothing in particular,” now stands at 26%, up from 17% in 2009.” The percentage of people identifying as Christian had dropped 12 points in a decade, to 65%.

These two things are likely working in tandem, with white people who don’t want to be part of a racialized, conservative Christian nationalist faith moving away from religious identification. For people for whom the “white” in “white Christian” is basically a partisan identification in itself, no amount of pandering by Democrats is going to work. That doesn’t mean writing off faith, of course—something that leading Democrats are in no danger of doing in any case. Because there are Christians of other races and there are people of other faiths. Because there are still white Christians—including House Speaker Nancy Pelosi, Sen. Elizabeth Warren, former South Bend Mayor Pete Buttigieg, Sen. Amy Klobuchar, and many others.

The big message here may actually not be for Democrats seeking election so much as it is for observers, including those in the media, who center white Christians as the heart of the nation and see any failures to win them over as failures to win “real” America. The United States of America is neither a wholly white nation nor a wholly Christian nation, no matter how much rhetoric has built up around those ideas. It never has been, and it’s becoming less so. When we talk about white Christians, we’re talking about just one of many demographic groups, and while we should understand what’s going on, the current pattern shouldn’t be assigned any more moral weight than any other relationship between demographics and partisan identification.