What's a church? That can depend on the eye of the beholder or paperwork filed with the IRS 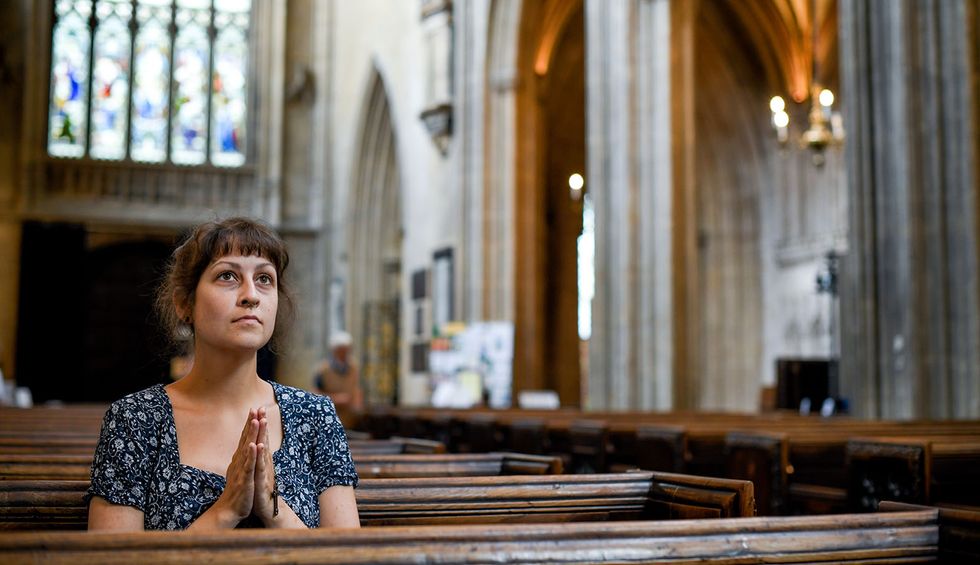 In 2016, the Billy Graham Evangelistic Association told the Internal Revenue Service that it no longer wanted to be treated merely as a tax-exempt religious organization, free from the obligation to pay taxes on its income. Instead, the association – a Charlotte, North Carolina-based group that produces evangelical events, celebrates the legacy of Billy Graham and proselytizes about Jesus Christ – wanted the IRS to recognize it as a church.

The IRS complied with its request.

Similar religious groups lacking pews and parishioners are making the switch, too, including Focus on the Family, which promotes Christian heterosexual marriage; and the Navigators, an interdenominational Christian group active on college campuses.

In spite of being registered with the IRS as “churches,” these organizations and others like them don’t claim to be churches publicly. In fact, Gideons International – an association of businessmen and their wives who leave Bibles in hotel rooms – says on its website that it is neither a denomination nor a church. And yet, for tax purposes, Gideons claims to be a church.

Why would an already tax-exempt religious group want the government to treat it as a church? Because the rules governing churches are less strict.

While reasons for this growing trend vary, these groups may share one main goal: keeping their donor lists private to protect their donors from public criticism or backlash.

As a professor who studies how tax laws affect churches and other tax-exempt organizations, I believe these groups overestimate the benefits their donors will receive if the groups are treated as churches. Even so, I’m concerned that groups taking this step are reducing the flow of valuable information about these organizations to the public.

To see why I’m worried, here’s some background about what’s probably the best-known section of the U.S. tax code, section 501(c)(3). It provides two benefits to organizations that meet its requirements for tax exemption. First, these approximately 1.5 million groups – including everything from familiar nonprofits like the Red Cross to National Public Radio to the lesser-known First Church of Cannabis and the Satanic Temple – generally don’t have to pay taxes on their income.

Second, some of their donors can deduct their donations from their taxable income through the charitable deduction, creating an incentive to support those groups. While groups must be organized as nonprofits to qualify for the federal tax exemption, not every nonprofit is exempt.

Eligibility requires pursuing a specific purpose, such as religion, education or charity.

These organizations face obligations to maintain their exemptions, such as filing special paperwork with the IRS every year known as a Form 990. It requires disclosing some information, including who sits on its board of directors and the highest-paid employees. Tax-exempt groups also must share select financial information, including the value of their assets, their expenditures and their revenue.

As you may know, the IRS can’t violate your privacy by releasing your tax return. By contrast, it must make all 990 forms part of the public record.

As I explained in Dialogue: A Journal of Mormon Thought, an academic publication, no tax-exempt organization had to file any documentation with the IRS for the first 30 years following the modern federal income tax’s inception in 1913. That changed in 1943, when Congress decided to make all of these groups except the religious ones – whether or not they function as churches – file of annual tax returns.

By 1969, in the wake of the discovery of a number of organizations abusing their tax exemptions, Congress had begun to feel like the government needed more information. That year, the House of Representatives passed a bill that would have eliminated the filing exception for all religious organizations.

The House’s bill galvanized the religious community, which lobbied the Senate. Leaders like Ernest Wilkinson, the president of Brigham Young University, and the U.S. Catholic Conference argued against this legislation.

They claimed that the added paperwork would be burdensome and expensive for churches without generating additional tax dollars. They also asserted that disclosure was unnecessary because religious donors make charitable contributions based on religious obligations, not due to concern regarding the financial health of churches.

Ultimately, Congress split the proverbial baby. As of 1970, religious organizations were no longer exempt from filing 990 forms. The government did, however, exempt from this obligation churches, church associations and their “integrated auxiliaries” – that is, organizations associated with a church that receive financial support primarily from that church.

Today churches, synagogues, mosques and other houses of worship remain free from the obligation to file the forms the IRS makes all other tax-exempt organizations submit.

Let’s be a church!

To decide whether something really is a church, at least for tax purposes, the IRS considers 14 criteria.

The criteria include the existence of a congregation, the occurrence of religious services and the ownership of property where people pray.

These criteria are vague, at least partly because of the religious freedom granted by the Constitution. That vagueness lets some organizations meet the IRS definition of “church” even if they really aren’t.

For instance, Focus on the Family allegedly claimed its cafeteria was an “established place of worship” because the group’s members occasionally pray there. It also changed the job titles of all 600 of its employees to “minister.” Those steps most likely fail to meet the standards that guided the IRS when it laid out its 14 criteria.

But the federal tax agency lacks the funding and staff it would need to verify these claims, leaving the IRS with a limited ability to challenge Focus on the Family’s assertions. (The group has told The Washington Post that its main reason to become a “church” for tax purposes was “to protect the confidentiality of our donors.”)

If the IRS recognizes a religious organization as a church, the public loses access to significant information. The public does not, however, lose any information about the organization’s donors, notwithstanding these groups’ stated goals in transitioning to churches.

Currently, tax-exempt groups required to file 990 forms must tell the IRS about their “substantial contributors” – basically, donors who give more than US$5,000 annually. But the IRS can’t release these donor lists to the public.

That is, becoming a church for tax purposes eliminates an obligation to file 990 forms, but this newfound opaqueness does nothing additional to shield donors from public scrutiny because donors never faced public scrutiny in the first place.

As long as churches don’t have to share their financial details with the IRS, religious groups will have an incentive to act like churches for tax purposes. But the incentive doesn’t have to exist. I believe that if Congress were to heed its 1969 goals and eliminate the filing exemption for churches, other religious organizations would not feel pressure to act like churches.

And society would get more access to the information it needs to oversee tax-exempt organizations.