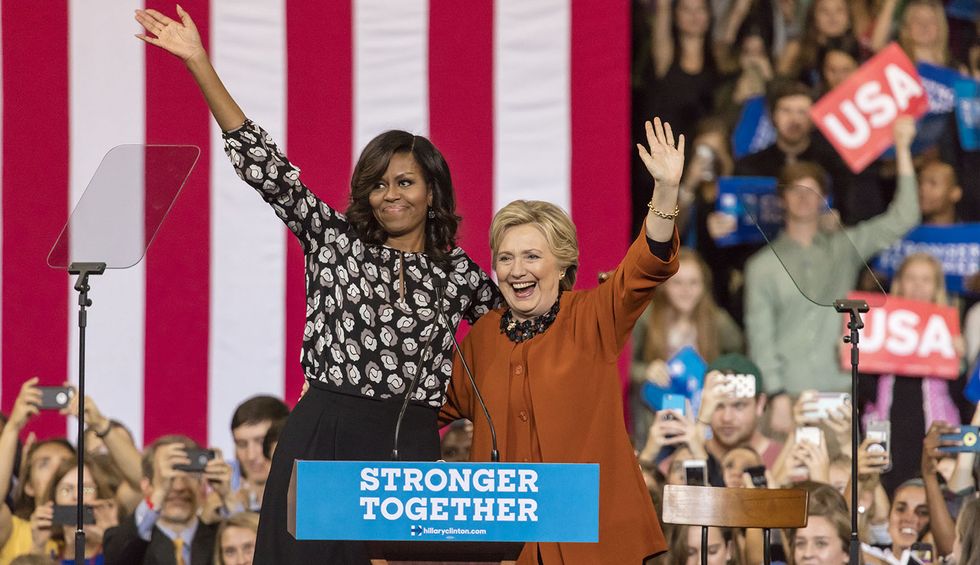 Asked if he thought “justice was served in the Harvey Weinstein case?” Trump immediately made the question about himself.

“So I was never a fan of Harvey Weinstein, as you know – in fact he said he was going to work hard to defeat me in the election. How did that work out, by the way, I’m trying to figure that out,” Trump told a reporter.

“He was a person I didn’t like,” the president continued. “I knew him a little bit but not very well.”

“I knew him because he was in New York. Not a person I liked. I will say the people that liked him were the Democrats. Michelle Obama loved him. Loved him. Hillary Clinton loved him. And he gave tremendous money to the Democrats and my question is, will the Democrats be asking for that money back?”

Trump himself has been accused of sexual misconduct, assault, and rape by at least two dozen women.

The question was "do you think justice was served in the Harvey Weinstein case?" This was Trump's full answer. https://t.co/vyF3f1a5Lw
— Brian Stelter (@Brian Stelter) 1582634614.0