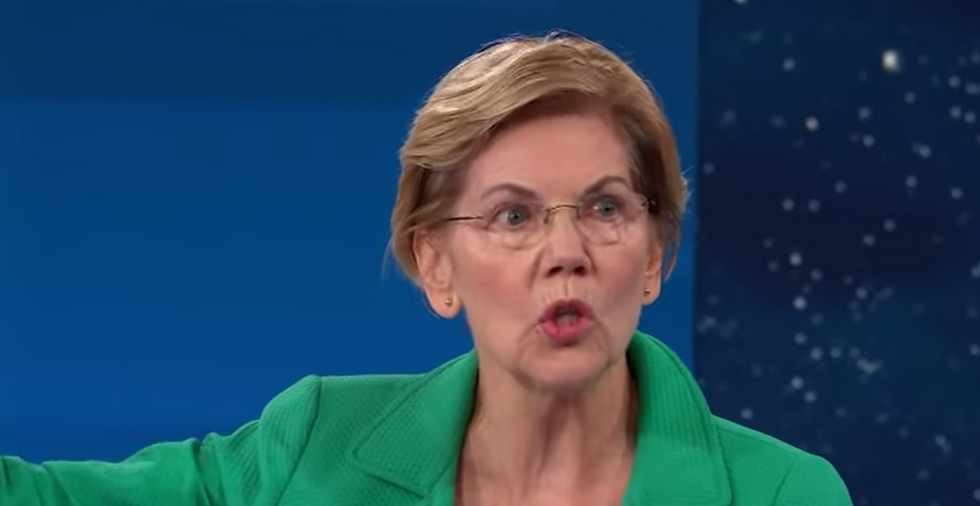 The Massachusetts senator was interviewed on MSNBC's "The Last Word" by host Lawrence O'Donnell.

O'Donnell asked Warren about comments by Bloomberg that suggested the end of housing redlining -- the illegal practice of racial discrimination by banks -- was responsible for the Great Recession.

The host played the recently unearthed clip of Bloomberg's comments and asked Warren to respond.

"What the mayor is really saying is that this crisis could have been averted if the banks had just been able to discriminate against black and brown people more," Warren said.

"Let's be clear, that would not have averted the crisis and anybody who thinks that the banks should have been allowed to be more racist should not be the leader of our party," she blasted.

"This is the problem of a billionaire who thinks the way he is going to be elected is he will buy an election," Warren said. "I think the way that the Democrats ought to be picking their candidate is through the grassroots, I think funding is a big part of this."

"When you can reach in your own pocket and throw a few hundred million on the table and start buying your way to a nomination, it's a kind of different perspective than if you are doing it from the grassroots up," she explained.

"Somebody who thinks that redlining was sure a good deal for the banks, to me just kind of has the wrong perspective on the whole deal, because understand this about redlining: What happened in America was that the federal government subsidized the purchase of housing because it helps build wealth," she explained. "They did it for decades -- for white people. And they discriminated against black people. And it helped create a racial wealth gap that persists until this day."