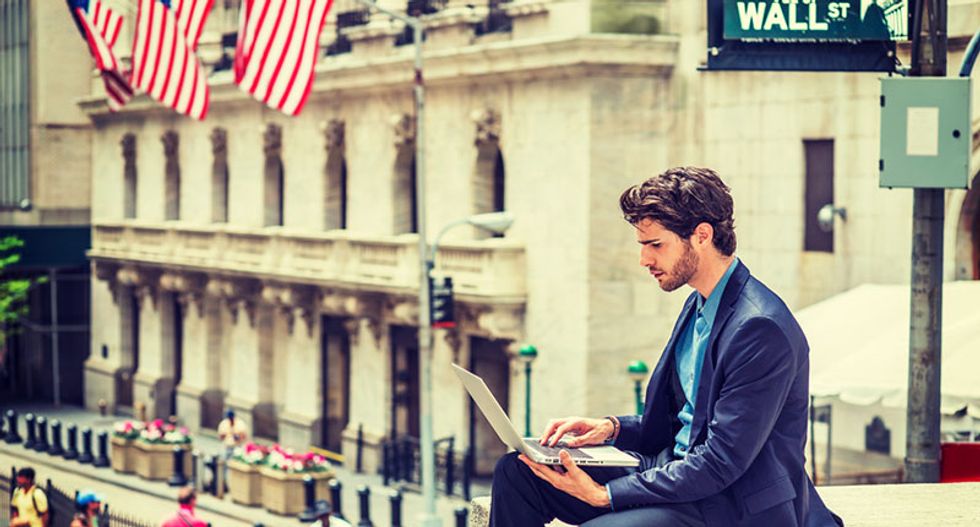 When reporters call up Wall Street honchos to get their take on the political scene, as they do, those execs inevitably lament the horrors of economic populism and "class warfare" rising within the Democratic coalition in the whiniest possible way. From their well-appointed offices, they tend to portray themselves as victims of horrific oppression--comparisons to Jews in 1930s Germany aren't unheard of.

But that kind of public posturing gives way to a sunnier view--from their perspective--of what a movement progressive winning the White House might mean for their clients and their tax bills.

James Pethokoukis, a conservative columnist, posted this bit of analysis to Twitter a couple of weeks ago...

Why isn't Wall Street freaking out about the rise of Bernie Sanders? Here's why JPMorgan says it puts "the probabil… https://t.co/42Tga2T8wM
— James Pethokoukis (@James Pethokoukis)1581093603.0

They may shed crocodile tears to the press, but they're sophisticated enough to understand that our system was designed with an abundance of veto points intended to thwart, or at least slow down, popular "passions" and ultimately protect the status quo.

Wall Street invests big in Washington DC, and they know that they will continue to be protected by friendly pols in Congress regardless of who sits in the White House. Democrats may win big, but they aren't going to do so without a significant number of moderates. (That cuts both ways, of course.)

And while Bernie Sanders' agenda is unapologetically progressive, he's shown a tendency to be institutionally conservative, opposing proposals to kill the filibuster or pack the courts. Sanders' theory of change rests on creating a massive, transpartisan movement that would apply relentless pressure on Republicans and moderates in support of a progressive agenda, and Wall Street doesn't seem to be sweating that scenario much in a country where Fox News is the top-rated cable network and millions of people were convinced that the Affordable Care Act established panels of bureaucrats to decide when grandma and grandpa should die.