Trump's helping Moscow muck with our elections. Here's why that fits the strict constitutional definition of treason 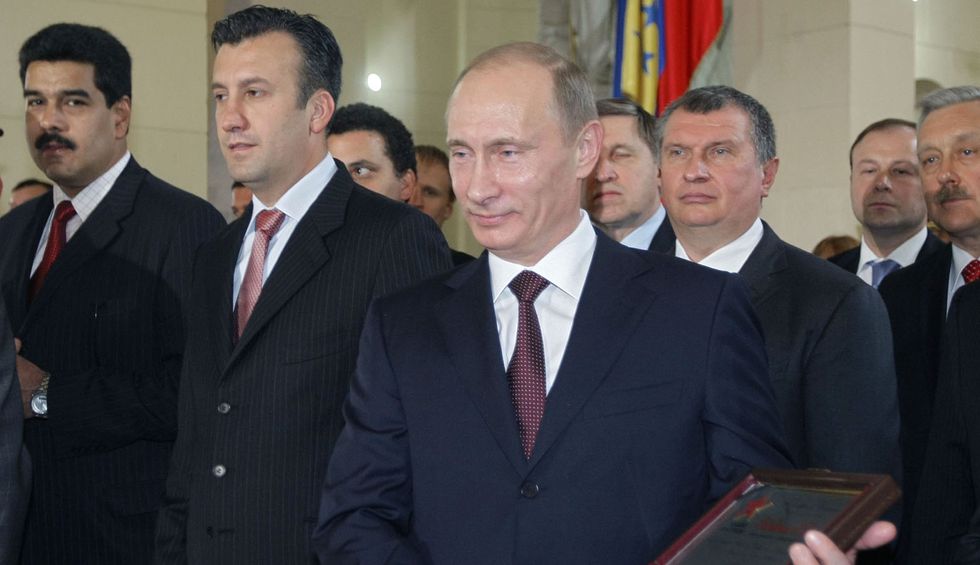 Throughout the history of the Republic, traitorous and treasonous have held a broader, more generic meaning for treason than the one found in the U.S. Constitution. The rebellious founders, having themselves been traitors to the British Crown—and being fully familiar with how English treason laws had been extended and abused in what was then the not-very-distant past—the drafters wisely kept to the narrowest of definitions in the first paragraph of Article III, Section 3:

Treason against the United States, shall consist only in levying War against them, or in adhering to their Enemies, giving them Aid and Comfort. No Person shall be convicted of Treason unless on the Testimony of two Witnesses to the same overt Act, or on Confession in open Court.

Thus, while many Americans have been harassed or imprisoned on suspicions of disloyalty, something wrongly but popularly equated with treason, trials have been rare, convictions rarer, and none has included a president. Not even, as it turns out, the president of the Confederate States of America who conspired with others to initiate the bloodiest war ever fought on U.S. territory. Andrew Johnson made sure neither Jefferson Davis nor the top generals nor other prominent rebels ever would be prosecuted when he granted amnesty to all Confederates before leaving the presidency in 1869. That leniency factored in spurring these obvious traitors into becoming iconic heroes. Statues of some of the worst aren’t just rampant in town squares across the South, they are also still displayed like heroes in the nation’s Capitol.

Since even the leaders of the slavocrats’ rebellion were given a pass a century and a half ago—with at least 900,000 people moldering in the ground from the slaughter they started—how could I possibly suggest that the man who now sits in the big chair in the Oval Office should be treated more harshly than they? And, besides, how does anything Donald J. Trump is doing qualify for the justifiably and thankfully narrow constitutional definition?

On the first point, I would argue that failing to try the leading Confederates and deconstructing Reconstruction were mistakes that have paid horrible dividends to the African American population ever since. It was meant to reunite, to reconcile. But reconciliation without truth paves the way for future evil. Our nation’s political and social dynamic today is still profoundly affected by that decision.

Secondly, U.S. intelligence services have concluded and explained to selected members of Congress that Russia is interfering in the 2020 election. There’s a difference of opinion over whether or not they said the Russians are specifically working to help Sen. Bernie Sanders get the Democratic nomination as a means of getting Donald Trump reelected. Whatever the Russians’ specific strategy, what matters is that they are meddling.

The public hasn’t yet learned the classified specifics of exactly how the interference is happening. But if it is like 2016 plus the honing and polishing of the four years since, we can assume that in addition to the deluge of disinformation, the fake news, and the whole social media assault, the Russians will be hacking into pieces of our insecure electronic election infrastructure. Perhaps this will be to alter results or simply to create chaos by persuading people they can’t trust their vote to be tallied correctly, so why bother to show up?

Cyberwarfare is war. Kremlin attacks on U.S. elections in hopes of advancing the interests of Vladimir Putin and other Russian oligarchs by weakening America are clearly as much a threat to national security as would be, say, an attack on the software of a few chemical plants or the electrical grid—potentially lethal acts achieved without firing a shot. Attacks on our elections and on the election apparatus that Senate Republicans won’t allow to be made secure can have lethal impacts on what is becoming an increasingly fragile democracy. One of the many faces of 21st century conflict. Sun Tzu would recognize its value immediately: “In the midst of chaos, there is also opportunity.”

Donald Trump has chosen to abet Moscow's attack on U.S. national security via election meddling. By purging the veteran intelligence experts who have done their job and by appointing a right-wing toady without a shred of relevant experience to oversee 17 intelligence entities—plus calling the assessment that Russia is at it again a “hoax”—the man in the White House has adhered to, if not an American enemy, certainly an adversary. He is giving Russian meddlers the comfort of knowing that he’s doing all he can to smooth the way for them to meet whatever meddling quotas they are assigned, and he aids them by making it obvious that anybody who reports the meddling is happening will be fired.

What Trump has done, what he is now doing, meets the strict definition of treason in the Constitution. No doubt the lawyers will tell me I am full of it. That including cyberwarfare as the same as a declared war is bogus, even though we’ve had plenty of wars but none declared since 1942. They’ll also remind me what just happened with the impeachment vote in the Senate.

No way will Trump ever be tried for treason, of course, so why bother to bring it up? Because Trump is a traitor. Because he’s thrown open the door to bad actors, not sneakily the way he has done so many things, but in broad daylight. This isn’t speculation about something that will happen someday down the road. It’s happening right damn now.

Trump knows the Republican He-Did-It-So-What? Caucus will never convict him for treason or anything else. If it got as far as another impeachment, Alan Dershowitz would argue that Trump can order the strafing of an entire U.S. Army division on Fifth Avenue and not be liable for prosecution. The GOP would have no trouble if Trump made a deal for Russia to write software for swing state voting machines and made a fat commission off it.

Trump’s protectors will shield him no matter what and he will do whatever. The word for that in these circumstances isn’t supporters, it’s accomplices. If the constitutional machinery of the Republic is inadequate to oust this traitor, if he can’t be defeated at the polls or won’t leave office if he is defeated, then “street politics” will be all that remains. That’s far from a happy prospect.