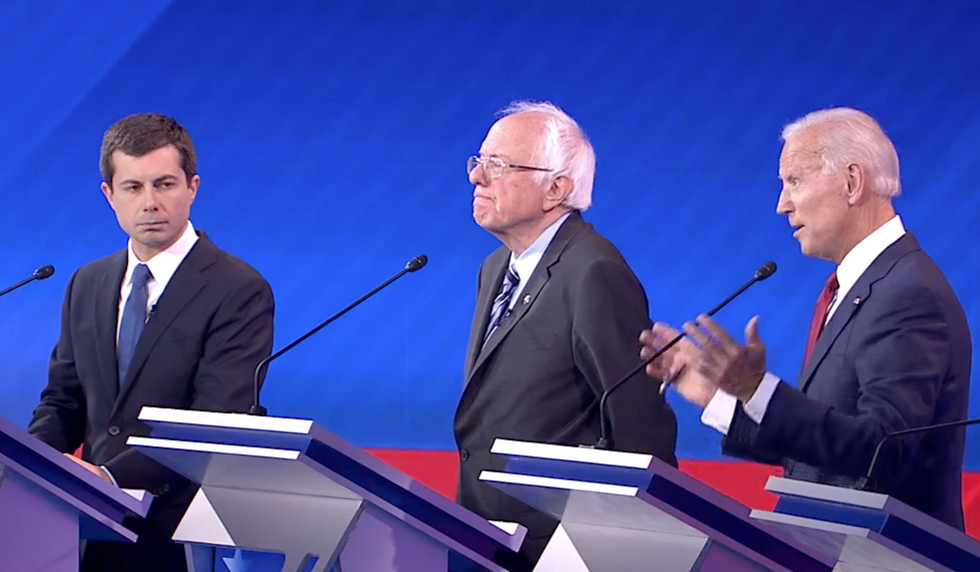 Countless Democrats remain furious over what has been called “the Great Iowa Caucuses Debacle” and an app glitch that prevented Democratic presidential candidates from finding out, on Monday, who the winner was. And according to NBC News and Bloomberg News, supporters of President Donald Trump made the matter worse by inundating a caucus hotline with calls.

NBC News is reporting that according to a Democratic official in Iowa, that hotline received “an unusually high volume of inbound phone calls” after an app created to report results malfunctioned — and some of those calls were from “supporters of President Trump.”

At the Iowa Democratic Caucus, precinct chairs had to call that headline to report vote tallies after the app malfunctioned — and callers, NBC News notes, were “met with lengthy wait times in order to get through.” The calls from Trump supporters were initially reported by Bloomberg News and later verified by NBC News.

A Democratic Iowa official told NBC News, “At the outset of boiler room operations on February 3, the Iowa Democratic Party experienced an unusually high volume of inbound phone calls to its caucus hotline. These included callers who would hang up immediately after being connected, supporters of President Trump who called to express their displeasure with the Democratic Party, and Iowans looking to confirm details for their evening’s caucus.”

The Democratic official, however, also pointed out that the avalanche of calls “in no way affected the integrity of information gathered or the accuracy of data sets reported.”

As of Thursday morning, February 6, it remained unclear who won the Democratic Iowa Caucus — although former South Bend Mayor Pete Buttigieg and Sen. Bernie Sanders were leading in the vote count, with Sen. Elizabeth Warren in third place and former Vice President Joe Biden in a disappointing fourth place.