Trump is a brazen liar about Social Security 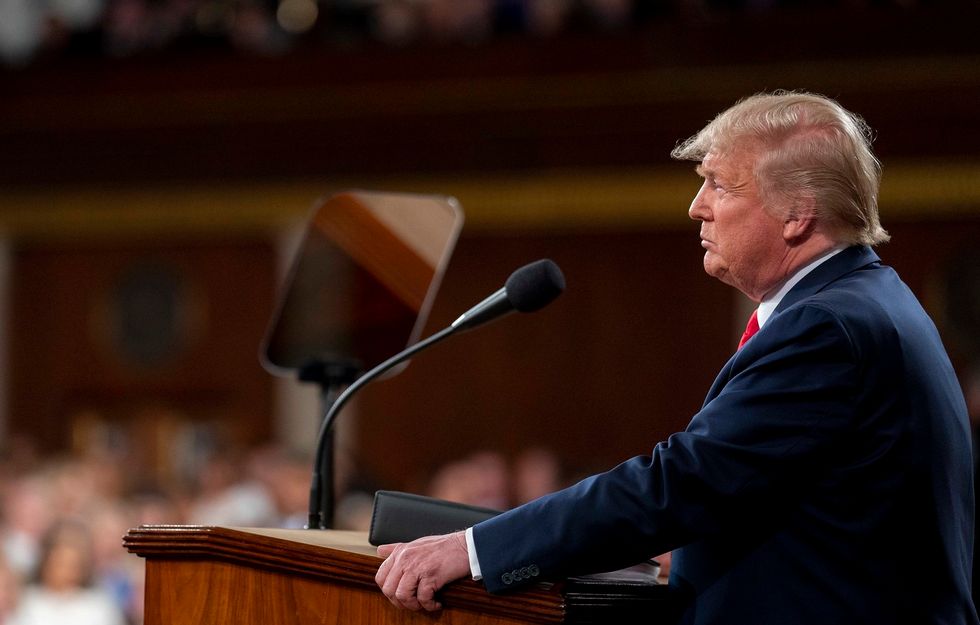 In his State of the Union address, Donald Trump claimed that “we will always protect your Social Security.” But just two weeks ago, Trump said just the opposite. He was in Davos, hobnobbing with Wall Street billionaires. While there, he sat for an interview with CNBC’s Joe Kernen, who asked him if “entitlements” would “ever be on your plate.”

“At some point, they will be,” Trump replied.

Either Trump was lying two weeks ago, or he was lying to the American people during the State of the Union address. It is not hard to see what is going on here.

As the true elitist that he is, Trump called for raising the retirement age to 70, because “how many times will you really want to take that trailer to the Grand Canyon?” Trump said that he “plan[s] to work forever,” implying that everyone else should as well—even if they have jobs like nursing or construction that involve hard physical labor. He added that destroying Social Security by privatizing it “would be good for all of us.” The “all of us” to whom he referred were presumably his fellow tax cheats with inherited wealth.

But Trump demonstrated, well before running for office, that he understood the politics of Social Security. In a 2011 interview with Sean Hannity, Trump said that Republicans should be very careful “not to fall into a Democratic trap” of advocating Social Security cuts without bipartisan cover, or they would pay the price politically.

As a presidential candidate, Trump exploited that knowledge. He realized that even voters who tend to support Republicans overwhelmingly oppose cutting Social Security. Yet Republican politicians, at the behest of their billionaire donors, go against the will of their voters by supporting cuts.

Seizing his advantage by lying, Trump claimed in the Republican primary debates and on the campaign trail that he would not cut Social Security. Reinforcing his lie, he tweeted that “I was the first & only potential GOP candidate to state there will be no cuts to Social Security, Medicare & Medicaid.”

But just because Trump realized that supporting benefit cuts is politically toxic doesn’t mean that his real views changed. Trump’s selection of Mike Pence as a running mate foreshadowed how he would govern. Pence supports raising the retirement age and led a group of House Republicans in criticizing George W. Bush’s Social Security privatization plan—for not going far enough! Once elected president, Trump chose another staunch opponent of Social Security, Mick Mulvaney, as his budget director.

Fortunately, thanks to Democratic control of the House of Representatives, those budget cuts were dead on arrival. But Trump has found sneakier ways to attack Social Security. Through stealthy rule changes, which don’t need to go through Congress, the Trump administration is working to make it harder for Americans to receive the Social Security they have earned, and working to make it harder to continue to receive the benefits they now get.

As just one recent example, Trump’s administration is in the process of jamming through a rule change that’s designed to rip Social Security benefits away from Americans with disabilities. When Ronald Reagan made a similar rule change, hundreds of thousands wrongly lost their benefits and over 20,000 people died. The Reagan administration was forced to reverse the policy after massive public outcry. Now Trump wants to revive the disastrous effort.

Trump says one thing when seeking votes and something quite different when exercising his power. That explains his promise in the 2016 election and in his recent State of the Union address not to cut benefits. While people can be forgiven for believing Trump in 2016, despite his earlier comments, now his intentions are clear.

Trump has been working hard to undermine Social Security in his first term. But he has been constrained because he wants a second term. If elected to that second term, all constraints will be gone.

In Davos, surrounded by billionaires salivating over the prospect of gutting the American people’s earned benefits, Trump accidentally let the mask slip. He’s trying to put it back on, but it’s too late. We’ve all seen what’s underneath. If Trump is re-elected, supporters of Social Security will be in for the fight of our lives.