Trump has created 1.5 million fewer jobs than Obama did during his final 3 years in office: analysis 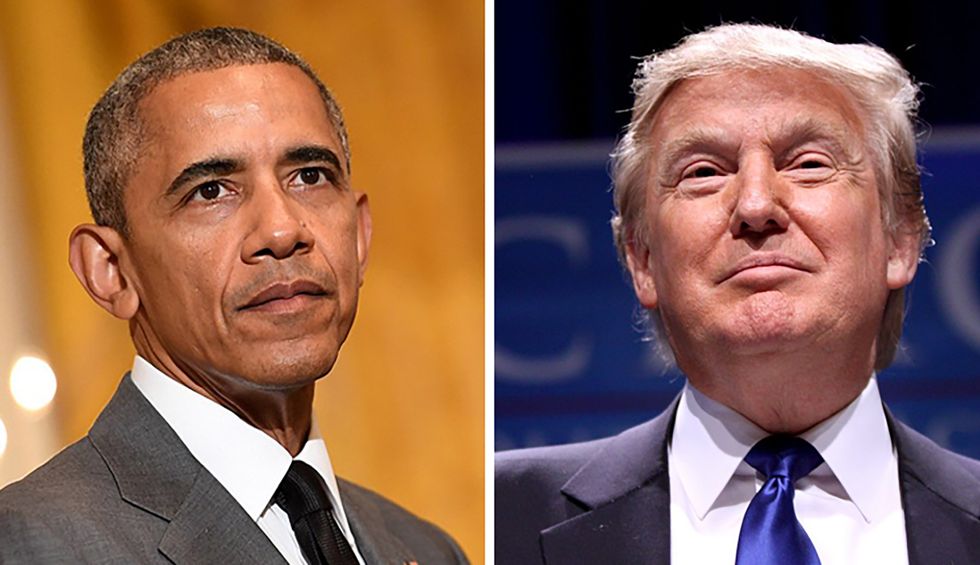 "If we hadn't reversed the failed economic policies of the previous administration, the world would not now be witnessing this great economic success," Trump declared during last week's State of the Union address.

Though Trump claims that the economy is stronger than ever, revised numbers from the Bureau of Labor Statistics show that job growth fell to an eight-year low in 2019 despite 2.1 million new jobs. Trump's best year was 2018, when the economy created 2.31 million jobs, which still fell short of the job gains in any of Obama's last three years in office, MSNBC reported.

Since Trump took office, the economy has created about 6.56 million jobs, according to BLS data. By comparison, the economy created 8.08 million jobs under Obama during the three years preceding Trump's presidency.

The government previously reported that the 2017 Republican tax cuts helped lead to the creation of 223,000 jobs per month in 2018. Revised figures show that the real number was closer to 193,000 jobs per month, while other years were largely unchanged, Slate's Jordan Weissman reported.

Trump's boasts about the strong economy he inherited from Obama are just some of the accomplishments for which he has tried credit from his predecessor. Trump has claimed credit for a decline in U.S. cancer deaths, which happened before he even took office. He also said one of his "greatest honors" was passing the Veterans Choice Act, which Obama signed in 2014.

In fact, Trump's policies have hampered the economy. An analysis by the nonpartisan Congressional Budget Office found that Trump's trade war negated potentially positive effects from his tax cuts while hampering manufacturing, farming and other key industries. The trade war has lowered the average family's real income by $1,277, amounting to a tax increase of more than 60%, according to the data. Meanwhile, large companies have taken advantage of the new tax law to record a historic $806 billion in stock buybacks in 2018 (up 55% from 2017), while declining government revenues caused the deficit to grow to more than $1 trillion.

"He's largely riding trends he inherited," Jared Bernstein, who served as the chief economist to former Vice President Joe Biden, told HuffPost, noting that economic growth levels have fallen to around 2%, which Trump repeatedly decried as weak under Obama.

Trump's policies have not just failed to grow the economy more than 5%, as predicted. They have also hurt the industries they ostensibly sought to help. Trump's trade war contributed to a months-long manufacturing recession last year, which led to a decrease in employment. Farm bankruptcies skyrocketed despite Trump's farmer bailout, which cost more than twice what Obama spent to bail out the auto industry.

David Rothschild, an economist with Microsoft Research, told HuffPost that little had changed in the economy from the "last several years of the Obama administration" except for the drag effect caused by Trump's trade war.

"There are markets we're probably not going to get back, and we're going to have nothing to show for it," Rothschild said. "The economy is moving along pretty well despite the best efforts of Donald Trump."