Trump endorsed a risky antidepressant for veterans. Lawmakers want to know if his Mar-a-Lago pals had a stake in the drugmaker 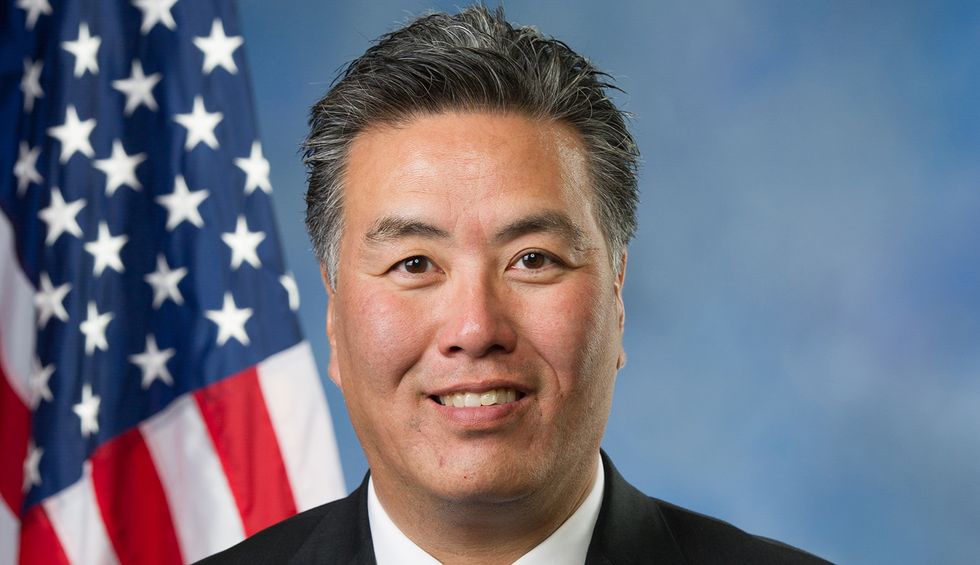 House Democrats are expanding their investigation of outside influence at the U.S. Department of Veterans Affairs, examining whether a push to use a new antidepressant from Johnson & Johnson was advanced by a group of unofficial advisers who convened at Mar-a-Lago, President Donald Trump’s private club.

The chairmen of the House veterans affairs and oversight committees sent letters last week asking for emails and financial records from the three advisers, Marvel Entertainment chairman Ike Perlmutter, physician Bruce Moskowitz and lawyer Marc Sherman. The Democrats are seeking, among other documents, any communications the men had with Johnson & Johnson and financial records showing whether they had any stake in the company.

As revealed by ProPublica in 2018, Trump gave the three men sweeping influence over the VA despite their lack of any relevant experience, such as having served in the U.S. military or government. VA officials called the trio the “Mar-a-Lago Crowd” because they met at the president’s getaway in Palm Beach, Florida.

Trump has enthusiastically endorsed a drug called Spravato, made by Johnson & Johnson, as a treatment to help prevent veterans from committing suicide. The federal government has faced criticism for not doing enough to curb suicides by veterans, which the VA says occur at a rate of 20 a day. While the problem has persisted for years, it gained more attention after a series of deaths in VA parking lots.

Through a spokesman representing all three men, Perlmutter, Moskowitz and Sherman said they had no role in the VA’s consideration of the Johnson & Johnson drug. They said they’re reviewing the committees’ request for documents. (The congressional committees have the power to issue subpoenas but usually start by asking for voluntary cooperation.)

“Our volunteer activity was motivated solely by a desire to see America’s veterans get the best possible care from the VA,” the men said in a statement. “We had no authority over decision making, rather we offered advice for VA leadership to accept or reject as they saw fit. We did not seek or receive any personal or financial gain.”

In 2017, the Mar-a-Lago advisers worked with the VA and Johnson & Johnson on a suicide-prevention awareness campaign that culminated in an appearance at the New York Stock Exchange. The event put the VA secretary alongside Johnson & Johnson representatives and superhero characters from Perlmutter’s company, Marvel, and its parent, Disney.

Johnson & Johnson is a pharmaceutical giant with annual revenue above $80 billion, 130,000 employees and federal contracts worth more than $100 million a year. It’s one of the largest U.S. companies by market capitalization and spends more than $5 million a year on federal lobbying. “Our interactions with the VA and other payers regarding coverage of Spravato has followed all laws, procedures and ethical standards,” company spokesman Ernie Knewitz said in a statement.

On March 5, 2019, the FDA approved Spravato to treat depression. It is a nasal spray form of esketamine, a variant of the anesthetic ketamine. The FDA imposed restrictions on Spravato’s use because of “the risk of serious adverse outcomes” and “the potential for abuse and misuse.” The regulator took the unusual measure of requiring a health professional to monitor a patient for two hours after taking Spravato.

Severalsegmentsdiscussingthe drug aired on Fox News and other news channels on March 6. On Fox News, Marc Siegel, a regular contributor to the channel and a primary care physician at NYU Langone Health, said, “I’m a huge believer in this drug, especially for psychiatrists to have it for a suicidal patient.”

Some experts have been more cautious about the evidence supporting the drug, pointing to weak results from clinical trials and shortcomings in the trials’ methodologies. In an Oct. 31 article in the medical journal the Lancet, Erick Turner, a psychiatrist at Oregon Health and Science University and the Portland VA, noted that the FDA’s approval relied on fewer trials than usual. In one of the trials, the finding of the drug’s effectiveness was driven by one study site where the drug performed especially well. In response, Johnson & Johnson said it reanalyzed its patient data to exclude the outlier site. The new result barely met the threshold for being statistically significant, Turner said.

“For any other drug they would have said, ‘Oh, this doesn’t meet our criteria and we’re not going to approve it,’ but they bent over backwards for this one,” Turner, who served on the FDA panel that reviewed Spravato but missed the session where the drug was discussed, said in an interview. “There’s risk that clinicians might say, ‘The FDA approved it, it must work’ and leave it at that. It’s not that simple.”

In one of the trials, six people taking the drug died, including three by suicide. One of them, a 41-year-old man, drove his motorcycle into a tree 26 hours after taking the drug, according to the transcript of the FDA’s hearing on the drug. There were no deaths among the patients taking a placebo.

“I’m concerned that it may be presented to some desperate patients as some sort of panacea. It is not,” Jess Fiedorowicz, a professor of psychiatry, epidemiology and internal medicine at the University of Iowa who served on the advisory panel that reviewed Spravato, said in an emailed response to questions. “The effect sizes are small at best and may even be exaggerated.”

J. Wesley Boyd, a psychiatry professor specializing in bioethics at Harvard Medical School, objected to the cost of Spravato given its similarity to ketamine, which is available much more cheaply. “It was derived from a very inexpensive drug with a minor chemical tweak and then marketed at an outrageously high price,” he said in an interview. “To see it become the next big drug according to the hype is beyond ridiculous.”

An FDA spokesman, Jeremy Kahn, said the agency “works diligently to ensure that all products are evaluated equally and fairly, no matter the company, product or necessity.”

After the FDA approval, Johnson & Johnson immediately set its sights on the VA, according to emails obtained by ProPublica through the Freedom of Information Act. On March 6, the day after the FDA acted, a company official emailed Deborah Scher, an adviser to VA Secretary Robert Wilkie, from a Spravato launch event, saying, “We have been talking about you and the VA throughout the day.”

A day later, on March 7, Wilkie talked with Johnson & Johnson CEO Alex Gorsky, according to an email between Scher and a company liaison. Scher replied that the VA’s top health official, Richard Stone, was taking charge of getting Spravato into the VA system. “He says this project is well underway,” Scher told the Johnson & Johnson contact. “He has coordinated all of the appropriate leaders from pharmacy, mental health, etc.”

Wilkie had the conversation with Gorsky at the urging of Trump, according to the president’s own account. “I had seen it somewhere, and I’ve read it, regularly, quite a bit about it,” Trump said of Spravato at a White House event on opioids on June 12. “I said, ‘Order — corner the market on it and give it to anybody that has the problem.’”

The White House declined to comment on where Trump saw or read about Spravato. Knewitz, the Johnson & Johnson spokesman, said the company hasn’t discussed the drug with the president.

Johnson & Johnson’s sales team did reach out to VA staff, according to an agency email obtained by ProPublica. In June 2019, a VA pharmacy leader told the company such contacts should cease until the agency had finalized its policies for the drug. Later that month, the agency decided to approve the drug for use in its pharmacies but stopped short of requiring them to carry it.

“While we are pleased to see that the VA is supportive of treating appropriate veterans with Spravato, we are disappointed in this decision as it will make access more difficult for U.S. veterans who need new options,” Knewitz said.

VA press secretary Christina Mandreucci said the agency will prioritize the medication for patients who have not responded to other treatments and will follow special procedures in line with the FDA’s requirement. “VA will closely monitor the use of esketamine in veterans to more fully understand its relative safety and effectiveness as compared to other available treatments,” she said in a statement. “Based on this information, VA may revise its clinical guidance and formulary status if warranted.”

Trump’s push for the VA to “corner the market” on Spravato despite doctors’ concerns about its safety and effectiveness was first reported in June by the Center for Public Integrity.

In addition to Perlmutter, Moskowitz and Sherman, the House Democrats also directed their letter to Perlmutter’s wife, Laurie, who was involved in meetings and emails with VA officials. The couple was among Trump’s biggest donors in 2016, contributing almost $7.5 million to Republican causes, according to federal elections data compiled by the Center for Responsive Politics. The spokesman for Perlmutter, Moskowitz and Sherman declined to comment for Laurie Perlmutter beyond the group’s statement.

The trio communicated with VA leaders daily, weighing in on all manner of policy and personnel matters. Laurie Perlmutter was looped in on many of those emails, according to records obtained through FOIA by ProPublica and by the liberal activist group American Oversight. According to former VA Secretary David Shulkin’s book about his time in office, Laurie Perlmutter participated in a meeting over the 2017 winter holidays at which the Mar-a-Lago Crowd scolded Shulkin for not visiting them enough and indicated they had lost trust in him. Shulkin was fired in 2018.

Laurie Perlmutter was also present for a Mar-a-Lago meeting with Shulkin’s successor, Wilkie. “There is a template in place based on your efforts to move this institution out of the Industrial Age,” Wilkie said in an email to the group after the meeting.

In addition to the House Democrats’ probe, the Government Accountability Office is also investigating the Mar-a-Lago trio.