The paranoid style in Democratic politics 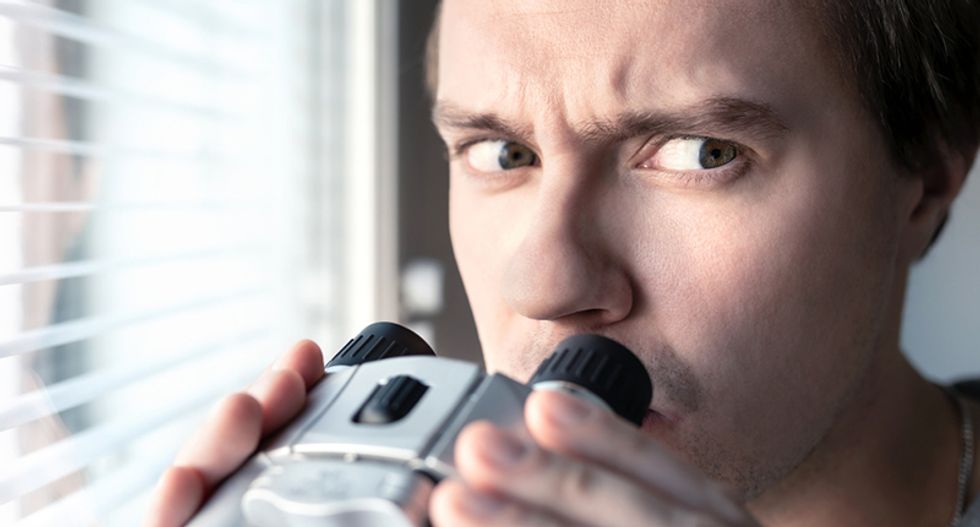 By 10:30 last night, when the scope of the Iowa caucus fiasco wasn't yet known, conspiracy theories were already swirling on social media. It wasn't only random users who thought they smelled a rat. The prevailing view among a certain subset of progressives was that the DNC conspired to block the caucus results in order to prevent Bernie Sanders from enjoying a week of positive media coverage and the inevitable Iowa "bounce" and blunt his campaign's momentum heading into New Hampshire. Some went so far as to suggest that they'd gotten the Des Moines Register to cancel the release of their final poll, which would have shown Sanders out ahead, for the same purpose. Some suggested--or at least implied--that Pete Buttigieg's campaign or disgruntled Clinton or Obama loyalists was behind it.

And the dark speculation that started early persists now, two days later, despite the fact that independent reporting has revealed the chain of incompetence and poor decision-making that led to what was clearly an institutional failure.

And as is often the case, the premise falls apart under even minimal scrutiny. While Nate Silver argues that historically, the Iowa bounce has been more consequential than many observers believe, he also notes that this is an especially busy news week--with Trump's State of the Union address last night and his impeachment trial bookending the caucuses. If he is declared the winner when the final results are released, the harm to his campaign will be minimal heading into New Hampshire, where he currently enjoys an 8-point lead in RCP's polling average.

Meanwhile, the biggest losers from this debacle, by far, are the very people who supposedly sabotaged it. The Iowa Democratic Party is a national laughingstock and may lose their first-in-the-nation status--and perhaps their beloved caucus system--and the national party comes away looking compromised by their own consultants and totally incompetent. It's the worst way to start a primary from the perspective of the party leadership.

It would be easy to attribute the cynicism that drove people to the hasty conclusion that the fix was in to the tense relationship between the Democratic Party and the Sanders camp. But that would miss a larger dynamic. According to a new study by the Voter Survey Group, "about a quarter each of Biden (24 percent), Warren (25 percent), and Buttigieg (28 percent) supporters said that they were not confident that the 2020 Democratic primary was being conducted fairly." Those numbers were lower than the 37 percent of Sanders supporters who felt that way, but they nonetheless show that distrust of the primary process is relatively widespread across the Democratic coalition.

It would also be easy to attribute this sense of distrust to lingering enmity from the 2016 primaries. And there's certainly some truth to it. But the reality is that Americans of all stripes have experienced a dramatic decline in their faith in all of our institutions (save for the military and small businesses) over the past 20 years or so. Perhaps that's a result of the rise of the internet, which lacks traditional gatekeepers, or the real-world institutional failures that resulted in the bursting of the dot-com bubble, the disastrous Iraq war, climate change going unchecked while the world burns, the Great Recession and the election of Donald Trump.

Many of us have become prone to see shadowy forces operating behind the scenes as a way of explaining a complex and often disturbing world, and that tendency is easy to exploit for cynical purposes. Prominent Republicans--and presumably the usual army of bots--were happy to pile onto the Iowa conspiracy theories. Sowing mistrust between groups of Americans is a key objective of Russia's ongoing disinformation campaign in the US. Their operatives engage not only in electoral politics, they also work on both sides of hot-button social issues like discriminatory policing and immigration. That goal is shared by the conspiratorial far-right, which has been mainstreamed by the GOP under Trump.

It's antithetical to a healthy democracy, which requires at least a modicum of faith in one's fellow citizens' motives, even if one disagrees with their views. Cynicism breeds complacency, and chasing conspiracy theories makes identifying and fixing the real underlying problems more difficult. Within a political coalition, it can discourage participation--what's the point of organizing if the fix is in?

There isn't an obvious answer to this. But we should all acknowledge that it's a messy world and shit happens, sometimes to the advantage of some other group, and do our part to urge caution before leaping to conclusions when it does.