The next Democratic president should pardon 11 million immigrants 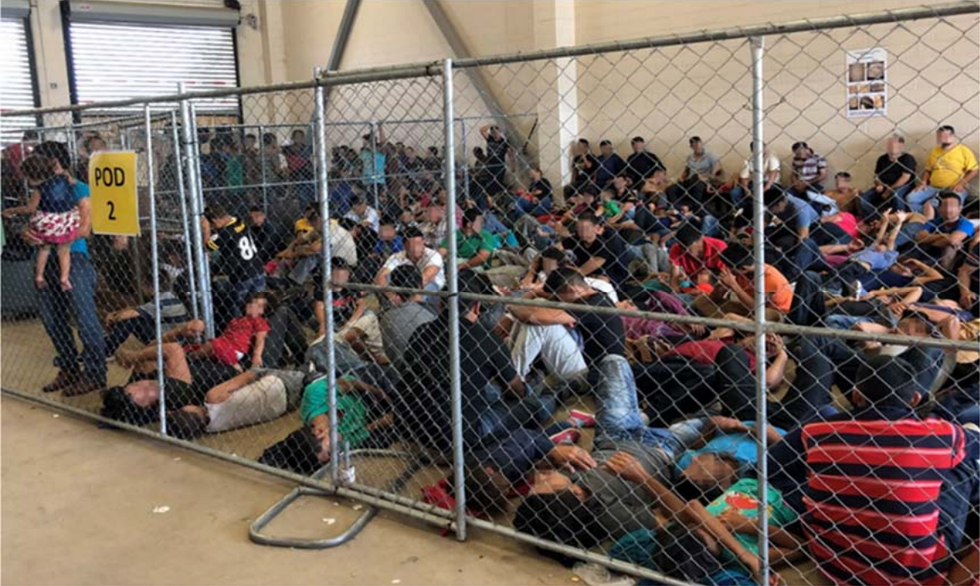 The president pardoned a motley crew of thieves on Tuesday with a crush of clemency aimed at … no one knows. Perhaps Donald Trump is planning to pardon Roger Stone, Paul Manafort and the other grifters and goons ensnared in Robert Mueller’s investigation, but honestly, he probably just wanted to act kingly.

All presidents have the authority to grant “Reprieves and Pardons for Offenses against the United States,” according to the US Constitution. (A president can pardon only for federal offenses, not state and local offenses.) But just because something is constitutional doesn’t mean it’s lawful or moral. One state legislator voted against impeaching former Illinois Governor Rod Blagojevich. One state senator voted against convicting him. Everyone thought he was guilty. Everyone, that is, except Trump.

That said, the president is indeed establishing a precedent future presidents can follow if they chose to. I don’t suggest making pardons personal and arbitrary, as Trump has. But I do think a future Democratic president could be less constrained than they have been in the past. By that, I mean avoiding any hint of ideology and partisanship.

If this Republican president can pardon Blagojevich for trying to sell Barack Obama’s Senate seat, then the next Democratic president can pardon 11 million undocumented immigrants in this country who have left everything behind for a better life. Crossing the border once, or overstaying one’s visas, are misdemeanors and civil infractions, respectively, crimes far less severe than Blagojevich’s. Pardoning 11 million people might not be lawful, but it would be moral. And it would result in more than that.

One result would be enormous backlash. That alone would be neither surprising nor sufficient reason for not pardoning unauthorized immigrants. The Republicans decided a decade and more ago that the Democrats were not the loyal opposition but instead the enemy. The next Democratic president will weather blowback merely for being a Democrat. The only question would be the blowback’s size and intensity.

A more important result would be taking the air out of the immigration debate.

For years, the Democrats accepted the Republican demand that the US spend billions militarizing the southern border to “secure” it. Over time, however, it became clear the Republicans were bargaining in bad faith. For them, the border would never be secure enough. They would therefore never agree to comprehensive immigration reform.

Meanwhile, all those billions being sent to the border were creating a bureaucracy dedicated to treating border-crossing immigrants as a subspecies of humanity. Trump did indeed order border agents to confiscate babies and set up internment camps to warehouse them. But the capacity for doing that was developed long before Trump.

Moreover, a federal bureaucracy swimming in cash and directed by an authoritarian executive appears to be developing a dangerous internal culture. Customs and Border Protection, or border patrol, is starting to think of itself as the president’s gestapo, according to former border agent Jenn Budd. “They say they will become a ‘national police force’ to be used by a president to enforce laws even among citizens,” she wrote.

All of this—the Republicans’ obstruction, the president’s sadist policies toward border-crossers and a budding fascist bureaucracy at the CBP—all of this is anchored on the fact that crossing the border is a crime demanding “justice.” Remove the crime and you remove the rest. There’d be no need for billions in border security, no need for a militarized southern border, and no need for deportations or even “sanctuary cities.”

A mass pardon would change the entire debate.

Again, there will be blowback, but blowback might be worth it if the next Democratic president can take the national focus away from “criminals” threatening our “way of life,” and toward the new legal status of 11 million exonerated human beings. The Republicans will find some way to balk, but at least it won’t be “securing the border.”

Speaking of which, there won’t be a need for a border wall. Pardoning 11 million people would send a clear signal: the world’s tired, poor and huddled masses won’t be hunted down like animals and removed from the lives they have worked so hard to build for themselves and their children. A border wall was never going to keep people out anyway. It is a Republican fetish. Well, they’ll have a new fetish after a pardon: preventing 11 million people from gaining voting rights and rewarding Democrats.

A mass pardon would in effect open the southern border without the Democrats having to make the argument for opening it. That would be a boon to deindustrialized cities, to farmers in need of labor, and to the national economy as a whole. Would it be lawful? I don’t know. Reckless? Maybe. But it would indeed be the right thing to do.