'The FBI is trying to set me up': House investigators fight for evidence from man implicated in Ukraine scheme 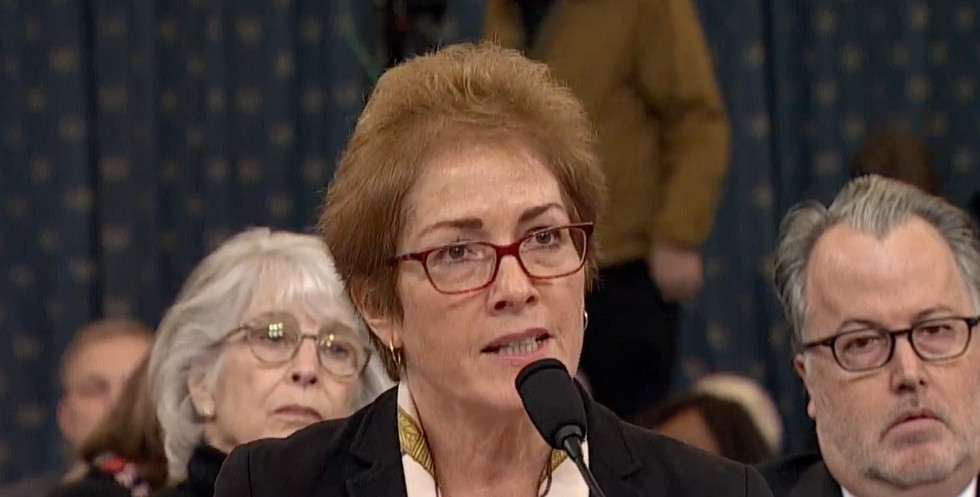 GOP congressional candidate Robert Hyde has lashed out at the House Foreign Affairs Committee as it continues to seek evidence of his involvement in the Ukraine scandal, particularly in the ouster and potential surveillance of Ambassador Marie Yovanovitch, according to a new NBC News report.

Yovanovitch was pushed out of her position as the U.S. ambassador to Ukraine after a campaign spearheaded by Rudy Giuliani, Lev Parnas, and potentially others. Giuliani has said that he needed Yovanovitch "out of the way" as he tried to get Ukraine to announce investigations into perceived political enemies of President Donald Trump. As part of the investigation into the scandal, texts emerged between Hyde and Parnas, an associate of Giuliani, appearing to indicate that Yovanovitch was under some kind of surveillance. Hyde has said the texts were a joke.

House investigators are trying to get to the bottom of the incident. But according to NBC News, despite Hyde's public claims that he has turned over all the records of his communication with Parnas, the committee said there are gaps in the evidence he turned over.

NBC News also reported that, in response to the committee's repeated inquiries, Hyde lashed out.

The outlet cited a letter that told the committee "it's starting to become apparent that you and the FBI is trying to set me up with false or fake evidence."

“I'm a nobody that has come from nothing and that loves his country. I'M NOT SURE HOW OR WHY I'M BEING USED IN THIS HOAX OR WHATEVER YOU CALL IT. But it's disgusting trying to set me up. I submitted everything I have,” Hyde wrote to the committee’s Democratic oversight staff.

Hyde repeated his assertion that he has no overseas contacts and only met Parnas and his associate Igor Fruman a few times. He said he’d turned over everything he could find on his own devices and had not yet obtained counsel because he‘d been unable to find someone affordable.

“I've been fully cooperative with you since day one and fully transparent like I've been my whole life,” Hyde wrote. “I'm sure you can subpoena my phone, devices, bank records, everything and see that I'm not lying or some other figure or person you are trying to make me look like.”

CNN previously reported in January that Hyde's home and office had been visited by the FBI.