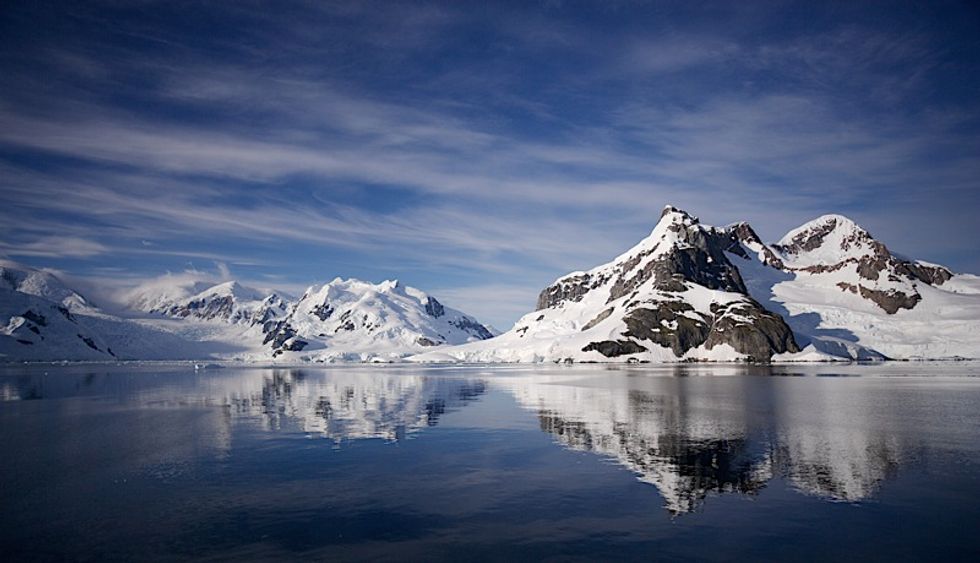 As the National Oceanic and Atmospheric Administration on Thursday announced that last month was the hottest January ever recorded, the Guardian reported that Brazilian scientists logged a new record-breaking temperature of 20.75°C, or 69.35°F, at Seymour Island in Antarctica on Feb. 9.

The newspaper noted that the new record, along with one logged on Feb. 6 by Argentina's Esperanza research station at the northern tip of the Antarctic peninsula, "will need to be confirmed by the World Meteorological Organization, but they are consistent with a broader trend on the peninsula and nearby islands, which have warmed by almost 3°C [37.4°F] since the pre-industrial era—one of the fastest rates on the planet."

Scientists working for Terrantar, a Brazilian government climate monitoring project in the Antarctic, described the latest record as "incredible and abnormal," according to the Guardian. As scientist Carlos Schaefer put it: "We are seeing the warming trend in many of the sites we are monitoring, but we have never seen anything like this."

Swedish teenager Greta Thunberg, who founded the global Fridays for Future movement, and other advocates for ambitious climate action shared the Guardian's report about the new Antarctic record on Twitter Thursday:

News of the Brazilian scientists' finding came as experts at NOAA's National Centers for Environmental Information revealed that "in the span of 141 years of climate records, there has never been a warmer January than last month."

"What's more, the temperature departure from average was the highest monthly departure ever recorded without an El Niño present in the tropical Pacific Ocean," NOAA said. "January 2020 marked the 44th consecutive January and the 421st consecutive month with temperatures, at least nominally, above the 20th-century average."

The U.S. agency found that the global land and ocean surface temperature for January 2020 was the highest on record at 2.05° F above the 20th-century average. The previous record was set in January 2016. The four warmest Januaries ever recorded have all occurred over the past five years, and the 10 warmest have all been during the 21st century.

In the contiguous U.S., last month was the fifth warmest January in the 126-year record, with an average temperature of 35.5°F, 5.4°F above the 20th-century average. NOAA's report highlighted "significant climate anomalies and events" from January 2020, including below average Great Lakes ice cover, a record high temperature in Boston, and a "strong, spring-like storm system" in the South and Southeast.

Beyond the United States, NOAA reported that "record-warm temperatures were seen across parts of: Scandinavia, Asia, the Indian Ocean, the central and western Pacific Ocean, the Atlantic Ocean, and Central and South America. No land or ocean areas had record-cold January temperatures."

Asia, Europe, and the Caribbean all experienced their second-warmest Januaries, according to NOAA. The Arctic sea ice extent was the eight smallest since satellite records began in 1979, while the Antarctic sea ice extent tied with January 2011 for the 10th smallest ever recorded.

The January 2020 report came about a month after NOAA, WMO, and other agencies across the globe reported that 2019 was the second-hottest year on record. University of Illinois climate scientist Don Wuebbles told the Associated Press Thursday that that series of findings "is one of those indications that things are warming dramatically."