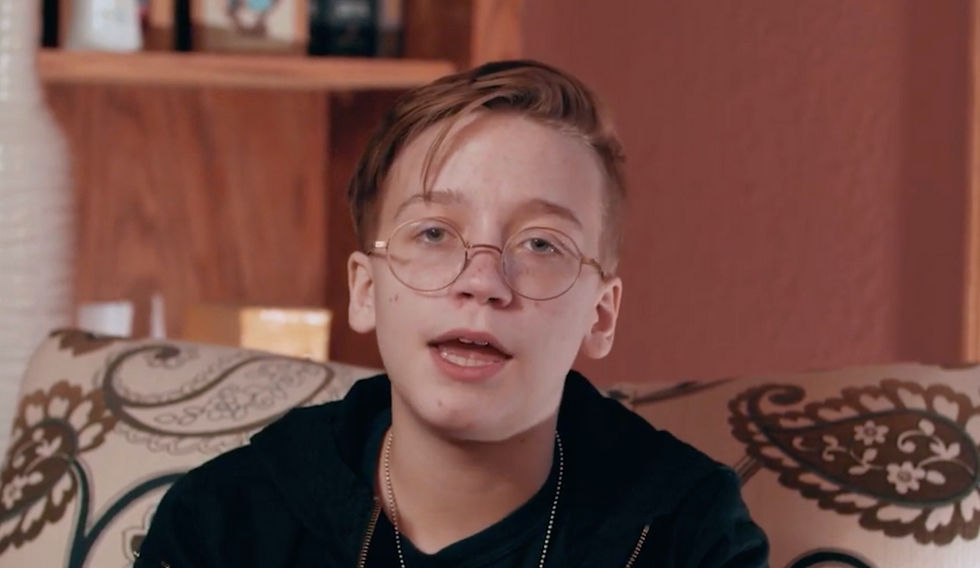 The ACLU reported on Monday that a South Dakota bill that would have criminalized health care for trans youth has been moved to the current session’s 41st legislative day. At the end of January, HB 1057, an anti-trans healthcare bill, that, as Daily Kos’ Marissa Higgins explained, would have placed a ban on physicians “performing gender-affirming surgeries or prescribing puberty-blocking hormones for transgender youth,” had passed the South Dakota House State Affairs Committee. The South Dakota state Legislature is barred by the state’s constitution from meeting in session for more than 40 days; by being postponed to the nonexistent ”41st legislative day,” the bill is considered dead.

Sioux Falls CBS affiliate Keloland Media reports that the controversial bill was stopped from reaching the state Senate floor through a 5-2 vote by a South Dakota Senate panel. The seven state senators on the panel were six Republicans and one Democrat; four Republicans voted to kill the bill. Republican State Sen. Art Rusch said that he had received “several times as much” notice from people about the bill as he had for anything else in his six years as a state senator.

Trans patients of all ages face serious hurdles in accessing health care. Trans patients may find themselves being misdiagnosed or superficially diagnosed based on biases and misconceptions on the part of medical staff, which can have serious ramifications.

You can watch trans activist Quinncy Parke talking about being trans and fighting for the civil and human rights of other trans people about South Dakota’s HB 105 in the Human Rights Campaign’s video below.