Researcher warns: A recession ‘the likes of which we’ve never seen before’ could be on its way 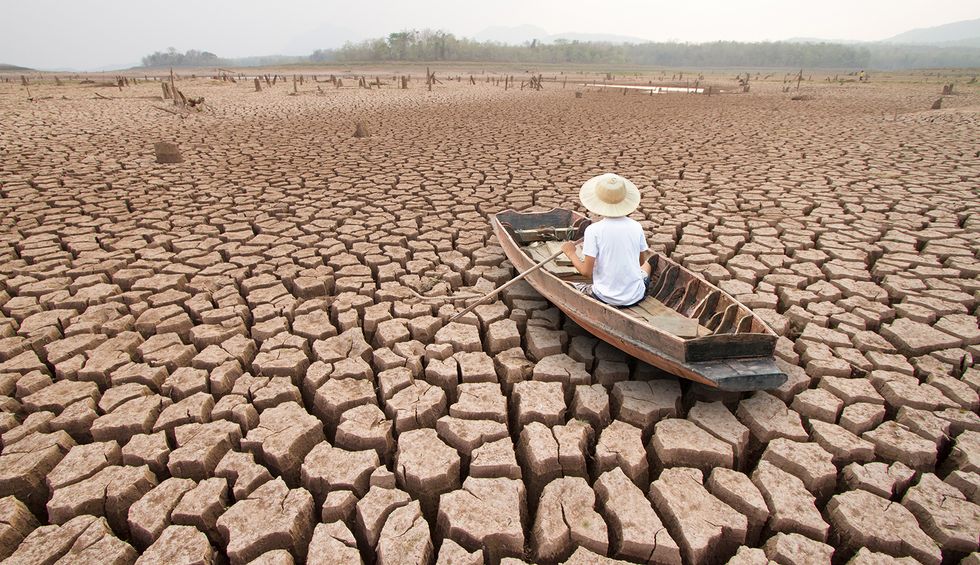 American companies are ignoring the risks of climate change at their own peril, according to a researcher warning that extreme weather caused by the climate crisis could result in a devastating economic recession.

Financial markets are failing to account for the risks that increasingly frequent and worsening floods, droughts, and other extreme weather events pose to the economy, according to an article published in the journal Nature Energy this week.

"If the market doesn't do a better job of accounting for climate, we could have a recession—the likes of which we've never seen before," said study author Paul Griffin, an accounting professor at the UC Davis Graduate School of Management.

Griffin said in the article that his years of research concluded that "unpriced risk" was the "main cause" of the 2007-08 Great Recession and companies are once again failing to assess the damage extreme weather events can wreak on their business.

"Right now, energy companies shoulder much of that risk. The market needs to better assess risk, and factor a risk of extreme weather into securities prices," he said. "Without better knowledge of this risk, the average energy investor can only hope that the next extreme event will not trigger a sudden correction to the market values of energy firms."

Soaring temperatures, like those now seen annually in Europe and parts of the United States, aren't just dangerous to human life, he argued. They also hurt the farming and agriculture industry all over the world and slow economic growth. They also sometimes cause massive power outages that affect a huge variety of industries, like when PG&E shut down energy delivery across much of California last year in an attempt to reduce fire risk. The company also filed for bankruptcy after it was blamed for causing the wildfires in 2018. Extreme weather also disrupts transportation and water delivery, hurting not just those industries but countless others that rely on workers being able to get to work and drink clean water.

"Despite these obvious risks, investors and asset managers have been conspicuously slow to connect physical climate risk to company market valuations," Griffin wrote. "Loss of property is what grabs all the headlines, but how are businesses coping? Threats to businesses could disrupt the entire economic system."

Griffin also warned that energy companies are particularly vulnerable in areas where their operations are threatened by rising sea levels. Oil refineries in California and the Gulf Coast are especially at risk of being inundated by severe floods, storms, and wildfires.

The insurance industry would also grow overwhelmed by the cost of claims from extreme weather events and may not cover such risks, the article said, not to mention "litigation, sanctions and even loss of business from the property destroyed."

Griffin acknowledged that the risks are extremely difficult to predict, despite his dire warnings.

"While proprietary climate risk models my help some firms and organizations better understand future conditions attributable to climate change, extreme weather risk is still highly problematic from a risk estimation standpoint," he wrote. "This is because with climate change, the patterns of the past are no guide to the future, whether it be one year, five years or 20 years out. Investors may also normalize extreme weather impacts over time, discounting their future importance."

Financial institutions are increasingly worried about this trend as well. A report issued by an organization of the world's central banks earlier this year similarly warned that financial institutions lack the tools to deal with what could be a devastating economic challenge.

"Think the subprime crisis in 2008 was bad? Imagine a real estate crisis caused by rising sea levels and coastal flooding that renders thousands of square miles of land uninhabitable or useless for farming," wrote The New York Times' Jack Ewing in his summary of the report. "By some estimates, global gross domestic product could plunge by nearly a quarter by the end of the century because of the effects of climate change. Central banks have enough trouble dealing with mild recessions, and would not be powerful enough to combat an economic downturn of that scale."

"In the worst-case scenario, central banks may have to intervene as climate rescuers of last resort or as some sort of collective insurer for climate damages," the report warned.

An earlier study published in Science in 2017 attempted to quantify the economic impact posed by the effects of climate change. That study warned that the US economy may shrink by up to 3 percent, and certain regions may be hit even harder without significant intervention. Many regions could see gross domestic product (GDP) decline by more than 10 percent, and Florida's worst-hit areas could see GDP losses up to 28 percent, according to the study.

That research relied on the United States meeting its goals in the 2015 Paris Agreement, but that seems unlikely now that President Donald Trump withdrew from the pact and repeatedly gutted Obama-era policies intended to combat climate change.

"Is there climate change? Yeah. Will it go back like this, I mean will it change back? Probably," Trump told Axios in 2018, despite extensive research from his own administration arguing that certainly will not be the case. The last decade was the hottest on record, according to NASA and NOAA, and it is only getting worse.

Trump said that his decision to pull out of the Paris Accord would improve the economy and vowed to negotiate a deal with terms that are "fair to the United States, its businesses, its workers, its people, its taxpayers," though he has made no efforts to do so since.

Despite Trump's claims, the country's largest companies quickly sounded the alarm that the move would hurt, not help, the economy.

"By strengthening global action over time," said a letter from leading US companies like Google, Apple, Facebook, Microsoft, Adobe, Morgan Stanley, Gap, Intel, and Hewlett Packard, "the agreement will reduce future climate impacts, including damage to business facilities and operations, declining agricultural productivity and water supplies, and disruption of global supply chains."Igor Derysh is a staff writer at Salon. His work has also appeared in the Los Angeles Times, Chicago Tribune, Boston Herald and Baltimore Sun.
Report typos and corrections to: feedback@alternet.org.