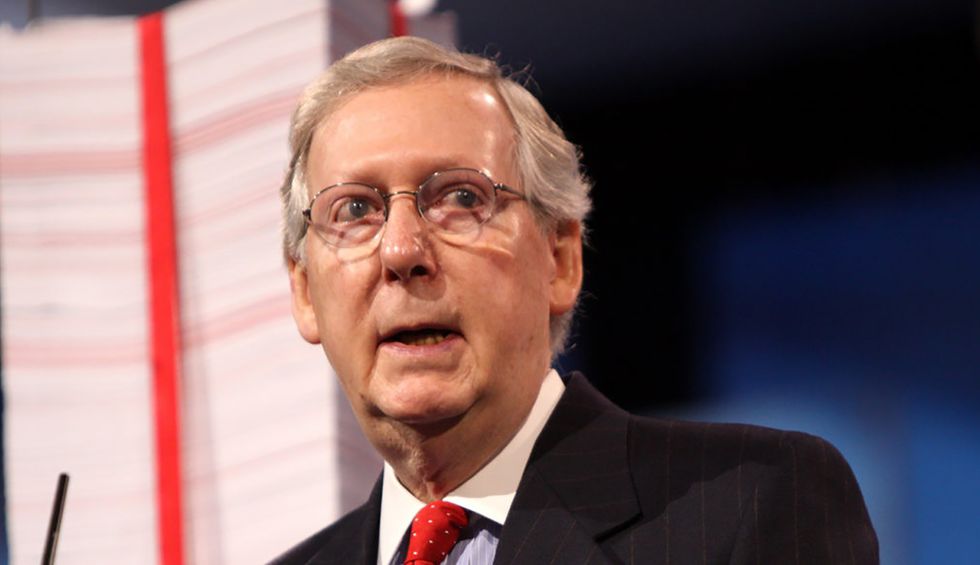 Here's another Washington Post story as reminder that a year after Donald Trump and his Republican allies shuttered the government as part of a pouting demand that Trump be allowed to build his useless border erection, many government contract workers who missed paychecks during that shutdown have yet to receive a dime of what they’re owed.

Why? Because Donald Trump and Republicans are blocking that pay: no other reason. Democrats sent a bill to the Senate last year to provide back pay, and Senate Majority Leader Mitch McConnell and his fellow co-conspirators killed it dead and have refused any other effort to make things right. They don't care. They don't care who or how many people were hurt by Trump's asinine little tantrum, and they don't intend, to do anything about it—ever.

Atrios, among others, has been musing for a long while now that it would be so, so easy for Trump to be a "popular" president. It would require almost nothing. You do a few good things for people, you make some speeches, you put a cork in the hateful tweet-ranting and you're most of the way there, even if you're actually screwing large parts or the majority of America behind their backs. (See: Ronald Reagan) But Trump can't do it. He cannot hide his contempt for the "little people" he so regularly sabotages in his own self-promotional schemes. Mitch McConnell can't. Ted Cruz can't. It isn't a tool in their toolbox because for them, contempt for working-class Americans and anyone even remotely connected with "government" work is built into their every policy choice, even as they give speeches about how the "elites" sure do hate the people that Mitch, Ted, and associates are forever taking the knives to.

The Post identifies Sen. Ron Johnson and Rep. Mark Meadows, coincidentally two of the Republican figures who have dived the deepest into the Trump protection racket, as the two "key" Republicans who could shepherd back pay for affected workers through the proper channels if they wanted to. The Post reports that neither of their offices would respond to their requests for comment.

To be fair, that is because they have devoted the majority of their day to being corrupt, on behalf of a corrupt president, in service to a crooked party. They simply have no time left to be concerned about all the Americans who continue to be hurt while they polish a national traitor's boots.