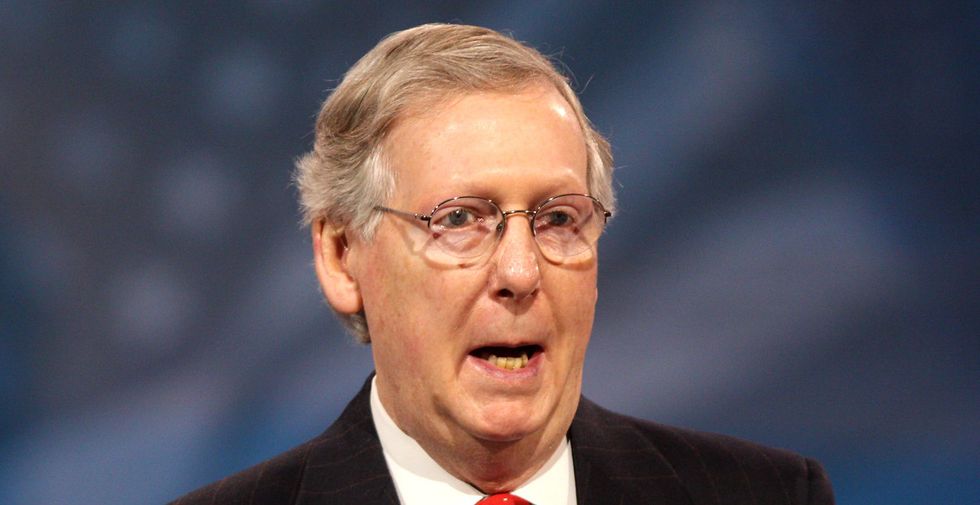 The Senate wasted time Tuesday on two extreme abortion bills that were never going to pass. Neither overcame the 60 vote hurdle required to advance, as McConnell and everyone else knew would happen because it has every time since they started trying to push them years ago. Both are based on anti-woman and anti-medical myths, intended only to dupe the dupable and help vulnerable Republicans make hay with social extremists; or in the case of Maine's Susan Collins, with the moderates.

McConnell spent the Senate's day on this instead of taking up any of the hundreds of bills the House has sent on to the Senate or instead of dealing with the pandemic that's already hitting other countries. Instead, he's still trying to legislate women's bodies. "The first thing we do is go after women?" Sen. Patty Murray asked in a New York Times interview. "I find it really offensive. If Senator McConnell really wants to get things done in the Senate and show people he wants to get things done, we have a long list for him."

The bills are the 20-week abortion ban called the Pain-Capable Unborn Child Protection Act, which failed 53-44. Medical experts and scientists agree that the "pain" part of that is bullshit. It's an effort to erode the protections in Roe v. Wade, which sets a 24-week threshold. Both of the Republican “pro-choice” women, Lisa Murkowski and Collins voted against this one.

The other bill is even more bullshit, the Born-Alive Abortion Survivors Protection Act, which failed 56-41, with Murkowski and Collins voting with Republicans and against women. The act would force doctors and parents of babies who are not capable of remaining alive outside of the womb to go to extreme means to try to keep that baby alive. Doctors already do that for babies who have a chance at surviving because it's what doctors do. If they're delivering the babies early to save them, they're prepared. If they're delivering them early because the mother's life is endangered by the pregnancy and their child has no chance of surviving, it's cruel to everyone involved to force the issue.

But that's what it's all about for Republicans, maximum cruelty. That and trying to save the careers of vulnerable Republicans. For the likes of Collins, the Republican who is trying to regain the support of Maine's women, it was a chance to vote against leadership—a vote completely condoned by McConnell, by the way. It won't work, particularly since she voted FOR the bullshit Born Alive bill. For the others, it's a chance to appeal to the increasingly extreme Republican base. For the nation, it does absolutely nothing of substance.