Pundits keep saying the Democratic primary looks just like the 2016 GOP. Here's why they're wrong 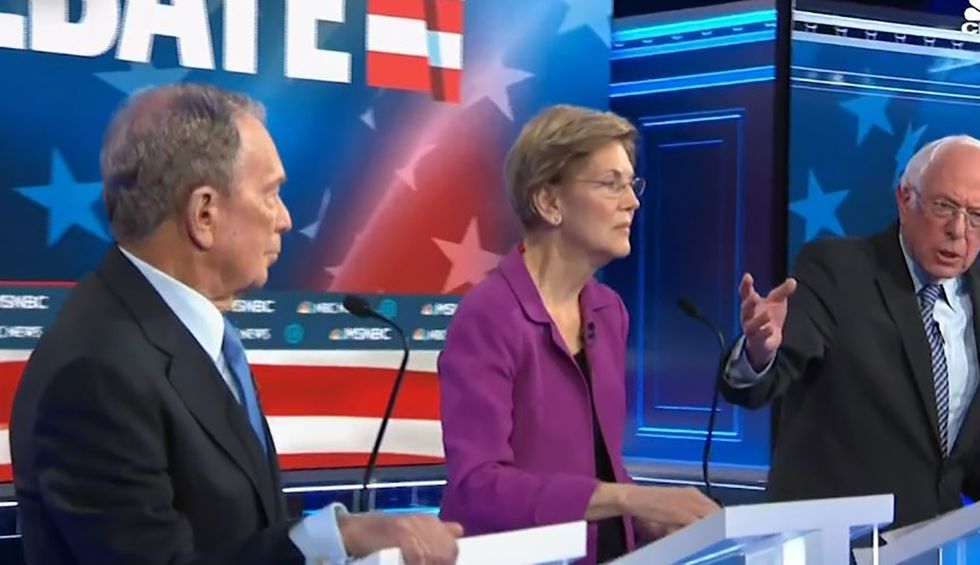 If there’s one thing the Washington pundit class suffers from, it’s a lack of imagination. Once one person says something that everyone thinks sounds smart, it catches on like wildfire, it quickly becomes conventional wisdom, and anyone who says anything different is obviously stupid.

The latest conventional wisdom is that the Democratic primary is playing out just like the 2016 GOP primary did, with the anti-establishment candidate—Donald Trump/Bernie Sanders—running away with the whole thing while his competitors are powerless to stop him. It’s totally possible, and even probable at this point, that Sanders ultimately will win the Democratic nomination, but below are two graphs that show the Democratic primary looks nothing like the Republican primary in 2016.

The ‘16 GOP primary was marked mostly by a relatively steady rise for Trump as a bunch of alternative candidates spiked and then flamed out, never to be heard from again. Looking at the graph below, first Ben Carson (green) makes a run for it before petering out; then Marco Rubio (teal) rises, only to plummet; then Ted Cruz (orange) and John Kasich (pink) both do the same thing. Trump actually hit 30% by the end of August (a benchmark Sanders is still working to top in late February). By Feb. 1, Trump was already hitting mid-30s, reaching 40% by Feb. 25. Cruz and Kasich both start their nosedives right at the beginning of April.

Then there’s the 2020 Democratic primary to date, which typically isn’t marked by the giant spikes/nosedives of the GOP primary. The trajectory for Democrats is much longer and steadier for most of the candidates, especially the top four, for most of the race: Sanders, Joe Biden, Elizabeth Warren, and Pete Buttigieg. Overall, it suggests a less volatile race with more candidate loyalty in general. Things are certainly starting to move more now that actual voting has begun, but overall, no one has caught fire and then flamed out within a 2-to-4-week time span, the way Carson and Rubio did.

One of the things that consolidated the GOP field so quickly once voting started in early February of 2016 is winner-take-all states. That allowed Trump to decimate in a matter of two months as funding dried up quickly for underperforming candidates. That dynamic won’t be true for Democrats, who allot delegates proportionally. The proportional allocation has two consequences: First, it will become very difficult for anyone to catch up to Bernie if he solidifies a relative lead in the first four states and especially Super Tuesday; second, it’s quite possible that no Democrat will manage to consolidate the field as decisively as Trump did in 2016, thereby increasing the likelihood of a brokered convention. In addition, since Sanders and Warren have both amassed a sizable grassroots fundraising operation, they will both be less dependent on the whims of high-dollar donors and buoyed by the loyalty of their donor bases.

All this is to say: The current Democratic primary isn’t actually behaving that much like the GOP’s ‘16 primary, so it’s worth taking everything the pundits say right now with a grain of salt—especially when they’re all saying the same exact thing. That’s always a cause for concern.