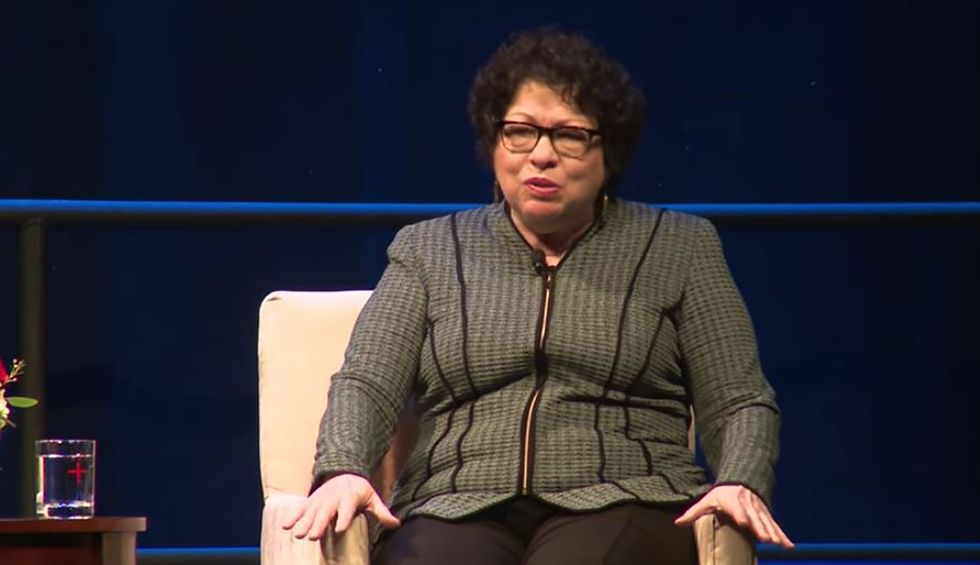 Trump's demand came in response to Sotomayor's scathing dissent in the Supreme Court's 5-4 decision to allow the president's so-called "wealth test" for immigrants—also known as the public charge rule—to take effect in Illinois. Sotomayor accused the court's five conservative justices of favoring one litigant over all others—the Trump administration—in their ruling.

"This is a terrible thing to say," Trump tweeted of Sotomayor's dissent. "Trying to 'shame' some into voting her way? She never criticized Justice Ginsburg when she called me a 'faker.'"

"Both should recuse themselves on all Trump, or Trump related, matters!" the president added. "While 'elections have consequences,' I only ask for fairness, especially when it comes to decisions made by the United States Supreme Court!"

Trump doubled down on his demand during a press conference in India Tuesday morning, calling Sotomayor's dissent "innappropriate" and accusing Ginsburg of going "wild" against him in the 2016 presidential election.

"This is outrageous," Kristen Clarke, president and executive director of the Lawyers' Committee for Civil Rights Under Law, wrote in response to Trump's tweets.

"Justice Sotomayor issued a reasoned dissent noting a pattern among the justices of allowing the Trump administration to ignore the appellate courts and skip to the SCOTUS to secure their desired outcome," added Clarke. "The slight to Ginsburg and call for recusal are absurd."

Brian Fallon, executive director of court reform group Demand Justice, tweeted that "Justice Sotomayor's dissent is a call to action, and now Trump is attacking her for speaking the truth."

Fallon said Demand Justice and other progressive groups are planning to protest conservative justices' "pro-Trump bias" at the Supreme Court next week.