On February 6 Antarctica was warmer than Orlando. Here's why I support only Sanders 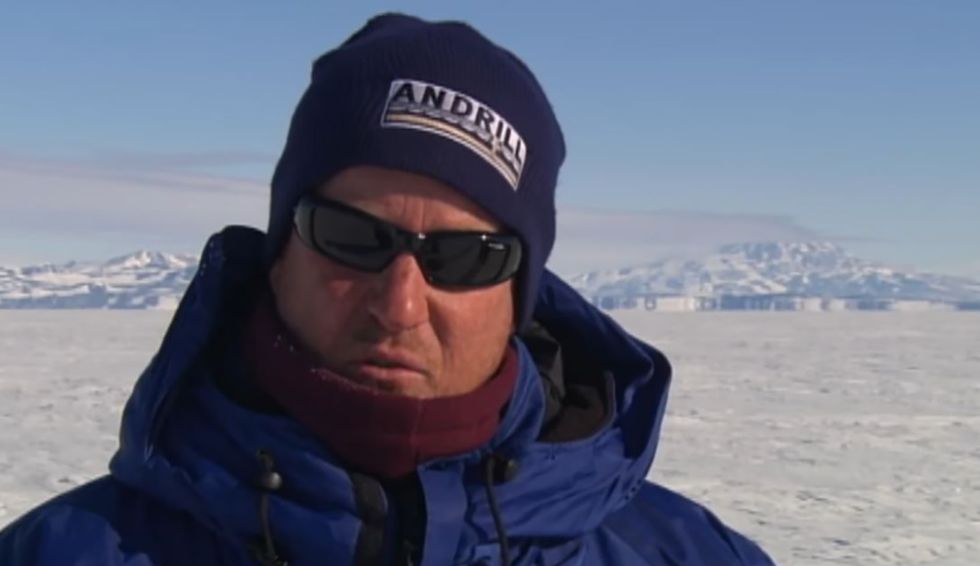 The climate news out of Antarctica isn't good. As Vice News put it on February 7, "Good Morning. It's 65 Degrees in Antarctica. That's warmer than Orlando today."

This article originally appeared on Down with Tyranny.

Since then the news from the South Pole has gotten worse. From the World Meteorological Association on February 14 (emphasis added):

The Argentine research base, Esperanza, on the northern tip of the Antarctic peninsula, set a new record temperature of 18.3°C on 6 February, beating the former record of 17.5°C on 24 March 2015, according to Argentina’s national meteorological service (SMN).

A committee for WMO’s Weather and Climate Extremes Archive will now verify whether this indeed is a new record for the Antarctic continent, which is defined as the main continental landmass.

“Everything we have seen thus far indicates a likely legitimate record but we will of course begin a formal evaluation of the record once we have full data from SMN and on the meteorological conditions surrounding the event. The record appears to be likely associated (in the short term) with what we call a regional "foehn" event over the area:  a rapid warming of air coming down a slope/mountain,” according to WMO’s Weather and Climate Extremes rapporteur, Randall Cerveny. ...

WMO is seeking to obtain the actual temperature data for a montitoring station on Seymour Island, part of a chain of islands off the Antarctic peninsula. Media reports say that researchers logged a temperature of 20.75°C. Mr Cerveny cautioned that it is premature to say that Antarctica has exceeded 20°C for the first time.

Twenty degrees Celsius (68°F) is a marker for obvious reasons, an even number that's never before been crossed. It's been crossed now. You could wear shorts and a T-shirt on a 68° day, even on Seymour Island.

Building Rome in a Day

A personal note: As part of my "day job" I interact in many venues with people at the most progressive end of the Democratic Party infrastructure, and I keep being told by some of the smartest in these groups that we need to be practical (in the real sense, not the fake "I want to slow you down" sense) in our attempt to enact policies like Medicare For All and the Green New Deal. I keep being told that you can't build Rome in a day.

And those who say that are right in a sense; these things do take time. The Republican Party didn't destroy a third of the electorate and more than half of the federal government in one or two cycles — it took decades of evil, dedicated work and endless seduction of eager neoliberal Democrats to create the mess we're in now.

And yet, at the rate things are advancing — not just on the climate front but on the "rebellion against the pathological rich" front — we just don't have a decade to work with. The climate news says that. The election of Trump says that. We may not even have five years.

Which leads me to argue back: Look, even if we elect a better-than-Trump, half-measures candidate, we're still not better off. Our grandchildren will curse us all the same.

I don't think that sinks in, even to some of the better minds among them. Perhaps seeing a building that's about to fall, but hasn't, isn't enough. Perhaps the building has to start its descent before most in position to act will take the urgency of the crisis seriously. After all, the bricks haven't fallen on their grandchildren's bodies yet.

But they soon will, all too soon for all too many. It's not enough to act. We need to act in time enough to matter. I guess that's why I support Sanders and no one else, the only one who will even try to build Rome in a day.

A slow-handed, good-hearted captain of the Titanic is still a disaster just about to happen — a person blind to what hovers in the mist, a person who cannot feel its approaching breath.