Ocasio-Cortez says putting Pence in charge of coronavirus effort 'irresponsible': He 'literally does not believe in science' 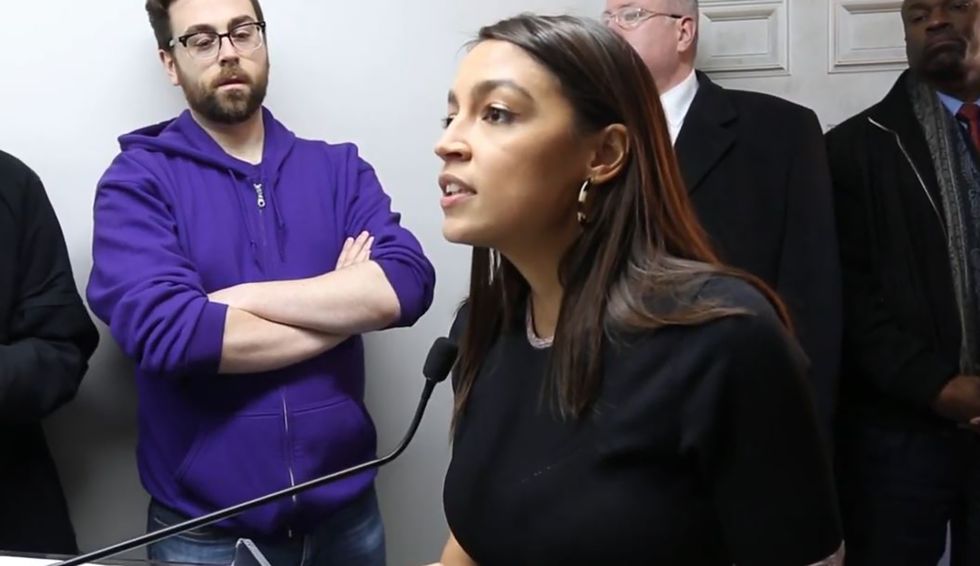 "Mike Pence literally does not believe in science," tweeted Ocasio-Cortez, a New York Democrat. "It is utterly irresponsible to put him in charge of U.S. coronavirus response as the world sits on the cusp of a pandemic. This decision could cost people their lives. Pence's past decisions already have."

Ocasio-Cortez pointed to Pence's tenure as Indiana governor, where he she said his "science denial contributed to one of the worst HIV outbreaks in Indiana's history."

"He is not a medical doctor. He is not a health expert," Ocasio-Cortez wrote. "He is not qualified nor positioned in any way to protect our public health."

The Verge reported following Trump's announcement Wednesday that as governor of Indiana, Pence "slashed public health spending and delayed the introduction of needle exchanges, which led to the state's worst outbreak of HIV."

"Over 200 people were infected with HIV in an outbreak, met with ignorance, bumbling, incompetence, and ideological intransigence. Two hundred needlessly infected, now on medication for life at great costs to themselves and the state," Gonsalves tweeted Thursday morning. "Now Donald Trump has put Mike Pence in charge of coronavirus."

"It's like putting an arsonist in charge of the fire department, a bank robber in charge of the U.S. Mint," Gonsalves added. "Donald Trump made the choice of putting someone absolutely not up to the task to this crucial position. It endangers us all. This isn't a Republican or Democratic issue—we have the potential for coronavirus outbreak in the U.S. and we needed to rise above the partisan fray."