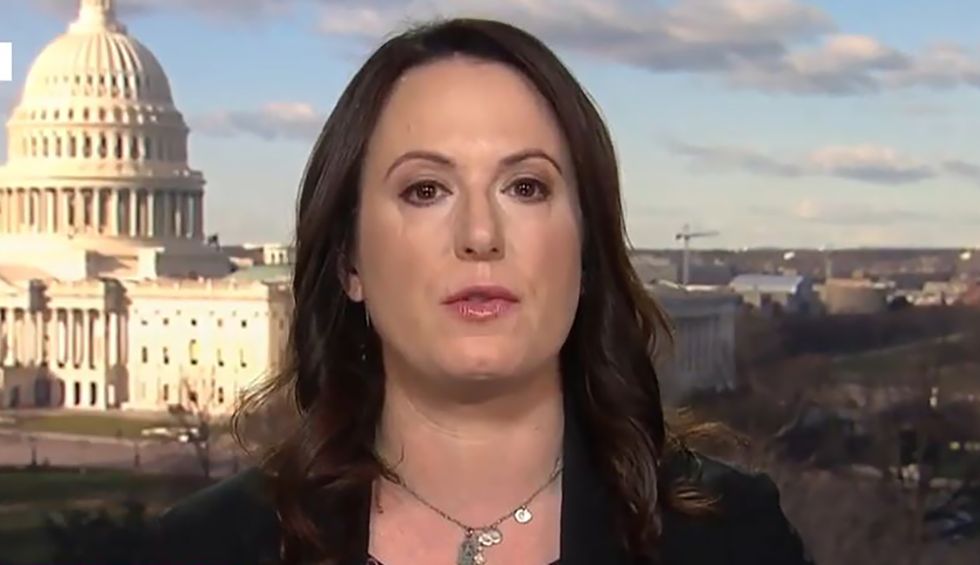 On CNN Thursday, New York Times reporter Maggie Haberman revealed that President Donald Trump is angry about his administration’s coronavirus response — in part because he misunderstood what the experts told him about the disease and thought they meant it was going to go away soon.

“The president has been very frustrated with the public messaging of this from his administration, but not for the reasons that people necessarily think,” said Haberman. “It’s because there were experts who were saying one thing from the CDC, which was that there is this problem growing, and then he was trying to tamp this down in his own comments, and he keeps saying something that, as I understand it, is a misinterpretation of what he was told in a briefing, which was that viruses tend to decrease in numbers in terms of spread during warmer weather. He has taken that and put his own spin on it which is, it’s going to stop by April. He’s been telling people that for a while.”

“He was very concerned when he was in India, as he was watching the stock market fall,” added Haberman. “He was calling aides, wanting them to say something public that was going to try to quell the nerves. That obviously didn’t happen, or didn’t happen to the degree he wanted.”