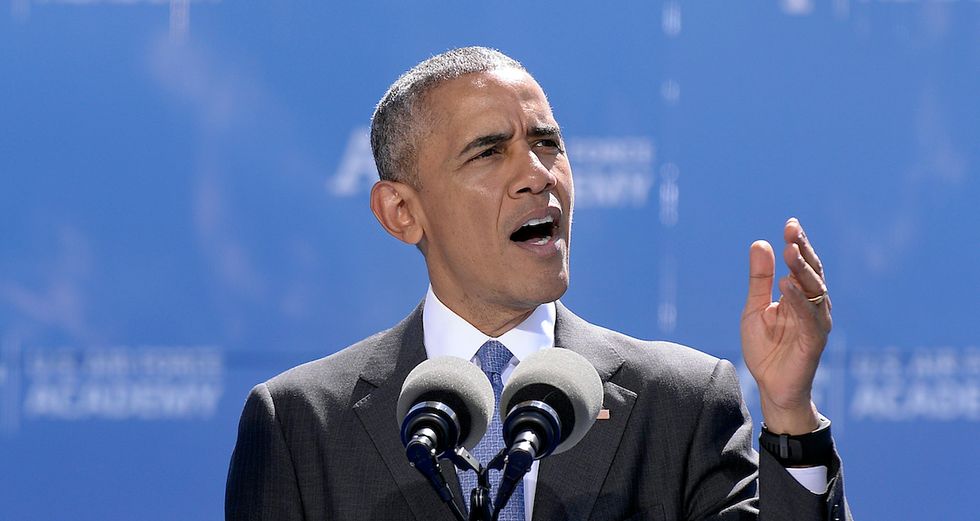 Former President Barack Obama plans on campaigning "often and loudly" for the Democratic nominee in the 2020 election, whoever that happens to be, according to a new report in New York Magazine citing anonymous people close to him.

But he is not, contrary to a recent report from Fox Business, considering intervening in the Democratic primary to quash the rise of Sen. Bernie Sanders (I-VT), the magazine's Gabriel Debenedetti reported.

"Obama’s team has made clear to Sanders’ inner circle that the former president has no intention of getting involved in the primary," Debenedetti wrote. "And people from both camps who are familiar with the discussions say the pair has also spoken directly during this election cycle. Top Sanders advisors accordingly viewed the Fox Business report as a case of rogue former Obama aides speaking wishfully and out of turn, rather than a preview of things to come."

Still, Obama has criticisms of Sanders' tactics and view of politics. The report noted that Obama was seen as addressing Sanders' rhetoric in November when he said the country "is less revolutionary than it is interested in improvement." But Obama has also at times seen fit to praise Sanders' signature ideas.

If the primary turns into a bruising experience for Democrats, Obama's presence could still be a uniting one. Polling suggests that the former president is still rated highly within his party,  with around 87 percent rating him favorably and only 10 percent seeing him unfavorably. And across parties, his standing may be even more impressive. RealClearPolitics has found that an average of 59 percent of people nationally view Obama favorably, while only about 36 percent view him unfavorably.

With this high approval, Obama may "step in to try and unite liberals, moderates, and progressives" in a fractious primary, according to the report.

"He’s been going out of his way to remind worried Democrats who come to him that his 2008 primary was long and brutal, and still ended in his election," it said.

One person who speaks with Obama told Debenedetti "he's gonna be all-in for Bernie if he’s the nominee.”

One scenario that could make that could throw a wrench into the works, however, is if Sanders goes into the convention with a narrow plurality of delegates, far too few to win on the first ballot but more than anyone else. That could lead to a divisive and heated contested convention, and some may want to turn to Obama for guidance. If another candidate looked to be a stronger candidate at that point, it could be a major "dilemma" for the former president.

But if that scenario occurs, it will be a strained and fractious situation no matter what else occurs. Some have speculated that it could lead to the creation of a whole new party entirely. If that were really to come to pass, Obama's potential influence may be an afterthought.