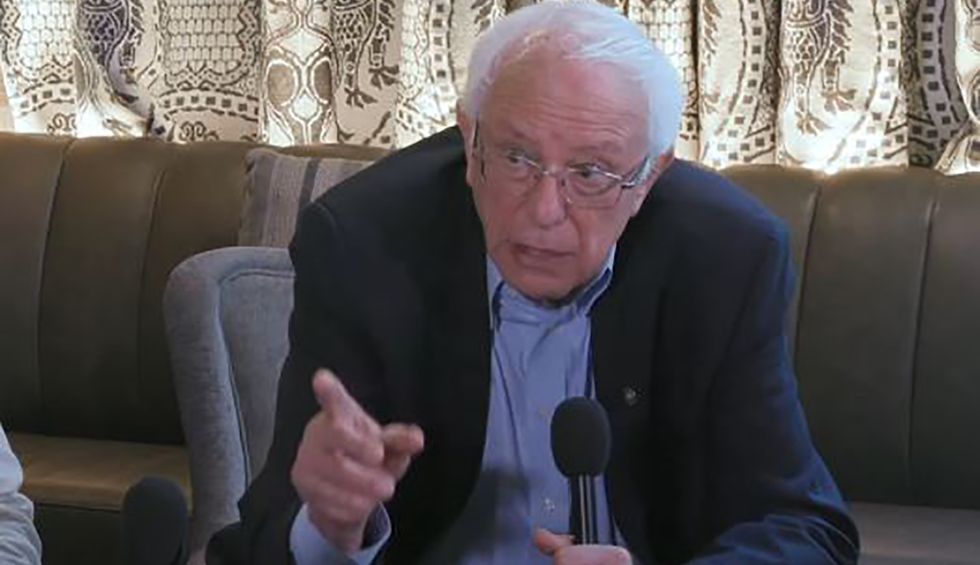 "The Bernie surge has Chris Matthews on the verge of tears," tweeted Sanders supporter Samuel Finklestein. "It's okay, Chris."

Matthews appeared on MSNBC's "Morning Joe" as part of a panel discussing the primary. Arms crossed and looking upset, the "Hardball" host claimed that while all of the candidates in the primary contest were flawed, Sanders was one of the worst.

The longtime newsman and onetime Democratic congressional aide said that Sanders reminded him of George McGovern, whose 1972 bid for the White House against incumbent Richard Nixon was a disaster for the party.

"Moronic cable tv millionaires like Chris Matthews truly believe nothing good can ever happen in America because of an election that happened 50 goddamn years ago," said Rousseau. "Cry more, Chris, we love to see it."

Despite his concerns, Matthews admitted that Sanders is likely headed to a strong showing in Iowa's Monday night caucuses.

As the Outline's Shuja Haider pointed out, that's not necessarily a knock on Sanders.

"Chris Matthews says Bernie is like an old guy distributing socialist literature at an antiwar rally, as though that's a bad thing," said Haider.

"Old people at protests from CodePink, Vets for Peace, etc., are some of the most authentic people you will ever talk to," said Walker. "Chris Matthews thinks they're kooks because they spend their time giving a shit about our foreign policy instead of going to brunch because he's a pig."