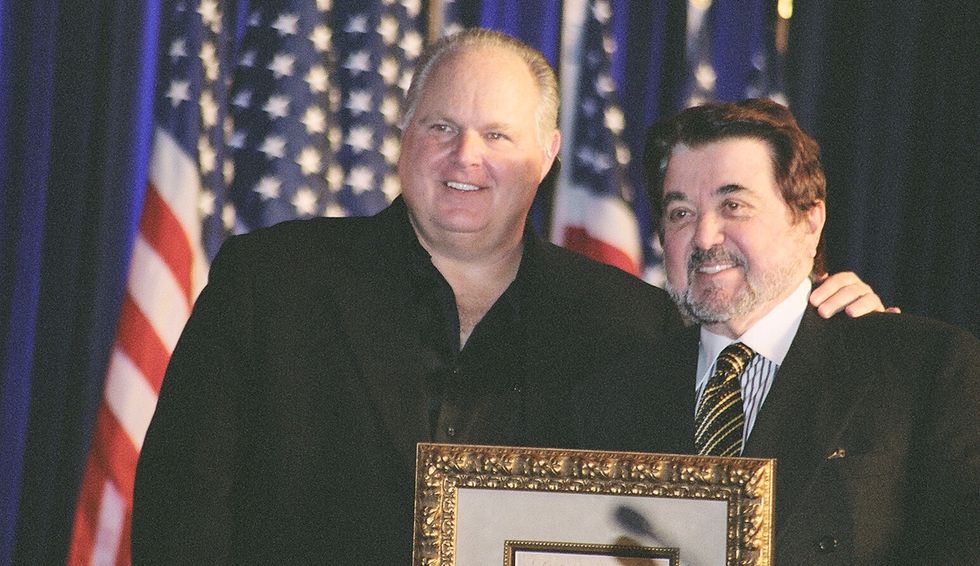 After Rush Limbaugh announced on Monday, February 3, that he was suffering from Stage 4 lung cancer, many liberals and progressives — including Media Matters’ Matt Gertz — made it abundantly clear that as much as they disliked Limbaugh’s politics, they certainly didn’t wish cancer on him and hoped the far-right talk radio host would make a full recovery. However, there were some on the left who didn’t wish Limbaugh a full recovery, including Milwaukee-based school teacher Travis Sarandos. And a right-wing alderman (who ran as a Republican in the past) is demanding that Sarandos be “disciplined” for some inflammatory anti-Limbaugh tweets.

Sarandos, a teacher at Milwaukee School of the Arts, tweeted, “Rush Limbaugh absolutely should have to suffer from cancer. It’s awesome that he’s dying, and hopefully, it is as quick as it is painful.”

Another comment from Sarandos was more reasonable. Sarandos, in a separate tweet, posted, “I was in the room when my grandpa died of lung cancer, and my grandma nearly lost her house paying the bill for his end-of-life costs because of people like Rush Limbaugh, who thinks being poor should be a death sentence.”

Sarandos, who has been placed on suspension but not fired, has since deleted those tweets and apologized for wishing Limbaugh a painful death. But Milwaukee Alderman Bob Donovan — who, in the past, was elected as a Republican in a heavily Democratic city — is out for blood.

In an official statement, Donovan wrote, “The Milwaukee Public Schools (MPS) system makes much of the importance of inclusion, tolerance, diversity and mutual respect. How, then, can it countenance the remarks made by Travis Sarandos, a teacher at the Milwaukee School of the Arts, via his Twitter account?"”

Donovan went on to say, “Mr. Sarandos’ remarks deserve discipline. In the meanwhile, he has no business in an MPS system classroom.”

An MPS spokesperson announced that Sarandos has “been placed on leave pending further investigation.” And Sarandos told Fox 6, a Fox TV affiliate in Milwaukee, “I regret the statements. It was meant as a joke, but it was in very poor taste.”

One thing Donovan didn’t mention in his statement on Limbaugh was how divisive a figure he has been over the years. Many liberal and progressive outlets have been wishing Limbaugh a full recovery while calling out his long history of racism and misogyny. Media Matters’ Gertz, for example, wrote, “I have sympathy for Rush Limbaugh…. and wish him a speedy recovery…. No one deserves the suffering this disease and its treatment demands.” But Gertz, in a February 5 article, also offered example after example of how hateful Limbaugh has been over the years and asserted that it was wildly inappropriate for President Donald Trump to give him the Medal of Freedom Award for 2020.

In right-wing media, countless articles have been written decrying “cancel culture” — which has also been attacked by former President Barack Obama and HBO’s Bill Maher. But Donovan evidently believes that “cancel culture” is OK coming from the right. Rather than being content with Sarandos apologizing for his anti-Limbaugh remarks and receiving a suspension, Donovan wants him fired. The alderman, interviewed by Fox 6, said of Sarandos, “As far as I’m concerned, he needs to go.”