Michael Moore: Younger Democrats are backing Bernie Sanders because he showed 'there is a new way now' 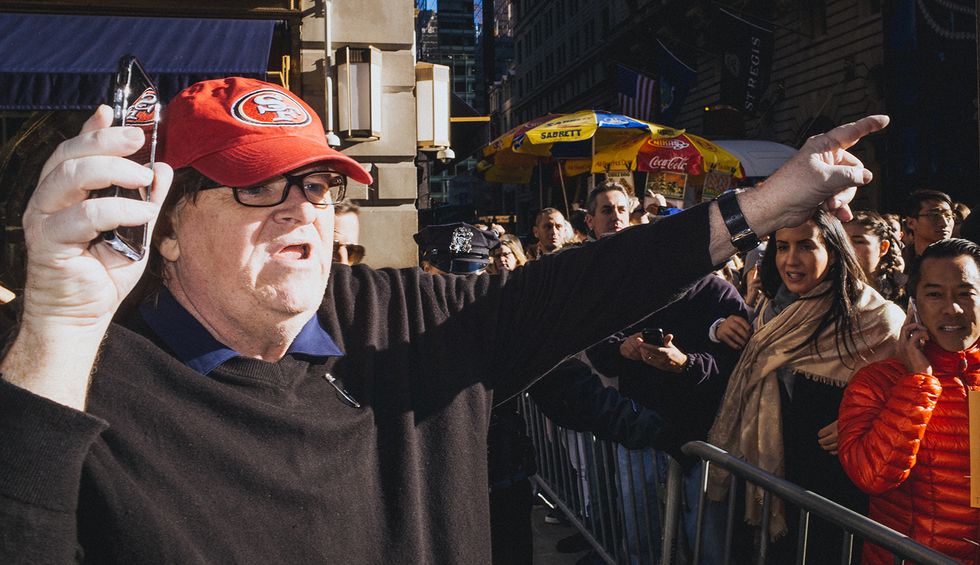 Filmmaker Michael Moore told MSNBC host Ali Velshi Sunday morning that Sen. Bernie Sanders' 2020 Democratic presidential campaign is causing panic in elite party circles because of the movement behind the candidacy for the same reason that young voters overwhelmingly back the senator's bid for the White House.

"What the old school Democratic elite, the corporate Democrats, what they're worried about is that there's a new way now and there's young people behind this," Moore said. "There have been approximately 15 million 17-year-olds in the past four years that have turned 18. And they are massively behind change."

@MMFlint @AliVelshi @MMFlint talks to @AliVelshi "What the corporate #democrats are worried about is that there is… https://t.co/sqZeAaX1js
— CaseStudyQB (@CaseStudyQB)1580657181.0

Sanders enjoys high approval ratings and support from youth voters in polling and has nabbed endorsements ahead of the primaries from a number of youth-led climate activist groups including the Sunrise Movement and Zero Hour Movement.

As Iowa voters head to caucus sites across the state Monday, Sanders shows high numbers among Hawkeye youth, polling at 39%—more than double his nearest rival for the state's youth vote, Sen. Elizabeth Warren (D-Mass.), who has 19%.

"You can tell how good I feel by how nervous the establishment is getting," Sanders says in a new ad airing ahead of the Iowa caucuses.

Something big is happening across the country. We’re going to finish the political revolution we started. https://t.co/cFhlN4NRTQ
— Bernie Sanders (@Bernie Sanders)1580655807.0

Moore told Velshi Sunday that recent comments from former Secretary of State Hillary Clinton, who lost to Trump in the 2016 general election, and former Vice President Joe Biden indicating they would not support Sanders in a general election matchup with the president are signals that the Democratic elite would prefer another four years of Trump to a Sanders victory.

Clinton has in recent weeks placed blame for her upset loss to Trump at the feet of Sanders, despite the Vermont senator tirelessly criss-crossing the country on Clinton's behalf leading up the 2016 election.

"This divisiveness has not occurred from Bernie," said Moore. "Bernie has been all about unity this whole time as he was back in 2016."