Is the Satanic Temple just an elaborate prank? Here are 10 questions for the author of ‘Speak of the Devil’ 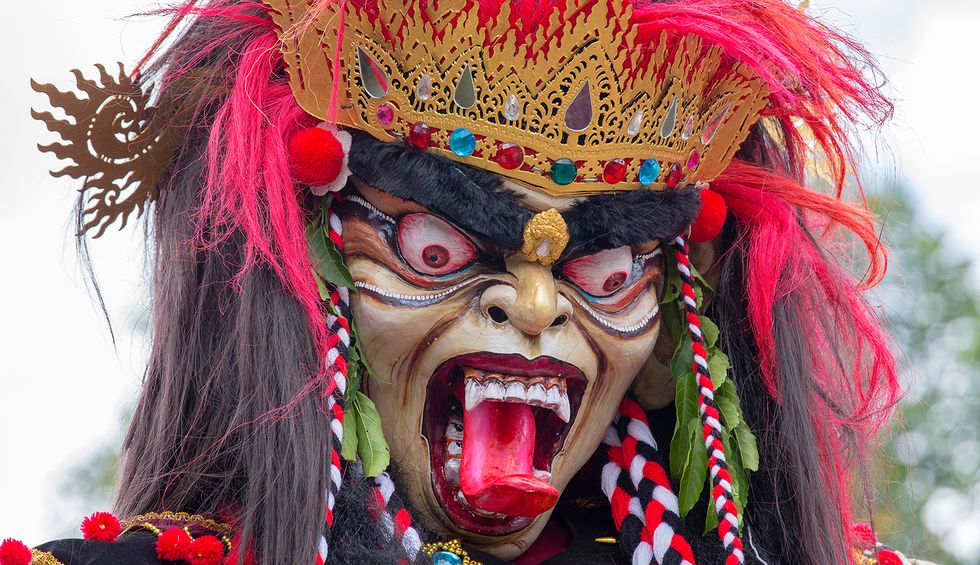 What inspired you to write Speak of the Devil?

I started writing on The Satanic Temple for Religion Dispatches back in 2013. What most fascinated me about them was that they were taking hypothetical scenarios that had long existed in policy debates such as, “What if Satanists wanted to lead prayer in public school?” and then they were actually doing them. It reminded me of the George Bernard Shaw quote that, “All progress depends on the unreasonable man.” As I continued to study TST, I realized this wasn’t just a daring rhetorical move but the birth of a new religious movement.

What’s the most important take-home message for readers at this cultural moment?

TST is changing the public conversation about religious freedom and religion itself. I see TST as testing America on the values we profess. Most Americans claim to value tolerance and religious freedom. But talk is cheap, especially if you have never seriously thought about what these commitments might actually mean in a pluralistic society. I was disturbed to read some of TST’s Christian opponents openly renouncing religious freedom if it meant respecting the freedoms of Satanists.

I also think TST is forcing the public to think more critically about what “religion” is. They are directly challenging the popular notion that religion is really about supernaturalism. I met several Satanists who had been hostile to the idea of “religion,” until they discovered TST and re-imagined what a religion could be.

Is there anything you had to leave out?

TST has done so much in only seven years because its members–both former and current–did a lot of hard work and took some serious risks. Understandably, they all want credit for what they did and they certainly don’t want somebody else to claim credit for their accomplishments. Unfortunately, this is a very concise history of this movement and there simply isn’t space to give credit to everyone who deserves it. I have tried to remind my interview subjects that this is the beginning of a scholarly conversation about TST, not the end.

What are some of the biggest misconceptions about your topic?

In the book I discuss David Feltmate’s concept of “ignorant familiarity.” This refers to a pattern of people feeling confident that they know all about a group of people, even when they have never met someone from that group and are largely ignorant about it. A lot of people are absolutely terrified of Satanists and believe TST members hurt babies or engage in other forms of criminal behavior. Some people assume that I must be either morally defective or under demonic influence to have even written a book about Satanism.

There are also more sympathetic people who still assume TST is an elaborate put-on. There is a degree of smugness that accompanies this view: People who assert it imply they have “figured out the joke” and everyone else is still catching up to them. It’s true that TST began with a series of prank-like political actions. But this view assumes there is nothing to TST beyond what the media reports. They have no idea TST chapters all over the country are holding book clubs, celebrating private rituals, and generally engaging in what Christians call “fellowship.”

Did you have a specific audience in mind when writing?

I am hoping to persuade my fellow religion scholars that religious Satanism is theoretically interesting and worth thinking about. While it is currently very vogue in religious studies to attack “the world religions paradigm,” in practice I think we still assume a two-tier model of religions with Christianity and other “real religions” at the top, and Satanism occupying the bottom of the lower tier. Obviously there are far fewer Satanists in the world than there are Christians or Muslims or Buddhists; but I think their very difference makes them an important case study for thinking about what “religion” is.

I am also aware that a lot of those buying this book will be practicing Satanists who want to see “what I said about them.” I expect them to be my biggest critics.

Are you hoping to just inform readers? Entertain them? Piss them off?

I see this book as setting a foundation for a larger discussion about TST and the questions they raise about religion, religious freedom, and religious pluralism. If people are entertained, it will be because TST is such an interesting phenomenon and has done some unbelievable things.

I really didn’t set out to piss anyone off, although some of TST’s opponents on the religious right may regard anything positive or even neutral said about TST as an attack on Christianity. In 2018, TST went through a shake up in which a lot of members left to form their own politically progressive Satanic groups. These kinds of fractures are extremely common in new religious movements, but they are also painful for those involved. In covering this split, I have tried to honor the stories of all my interview subjects, but some may feel I wasn’t fair to one side or another.

What alternative title would you give the book?

The Devil and the First Amendment

How do you feel about the cover?

I like it a lot. There was a lot of anxiety about the cover, because we wanted it to be distinct from the poster for Penny Lane’s documentary Hail Satan?. But the statue “Baphomet with Children” has become the key icon for this movement and it seemed silly not to feature it on the cover.

Is there a book out there you wish you had written? Which one? Why?

Our Non-Christian Nation by Jay Wexler. Wexler is very smart, but also clever and funny. Reading his book, I thought: Why couldn’t I write a book like this? He seems like he’s having more fun.

What’s your next book?

It’s an anthology called The Penguin Book of Exorcisms. It will have primary texts concerning exorcism from around the world, some of which have never been published before. I’m excited about it. It’s basically the demonological equivalent of a music nerd who wants to show you obscure tracts from their record collection.

Is there anything else you’d like our readers to know about your book?

If you buy the book, cut out the correct pages using the Fibonacci sequence, and lay them out on the floor in the shape of a pentagram, it will reveal a secret code allowing you to join the ranks of Illuminati and obtain untold riches and power. This is a very complicated procedure and you may have to buy several copies to get it right.