An Iowa woman tried to retract her vote for Pete Buttigieg after learning he's gay. Watch this Christian supporter's response 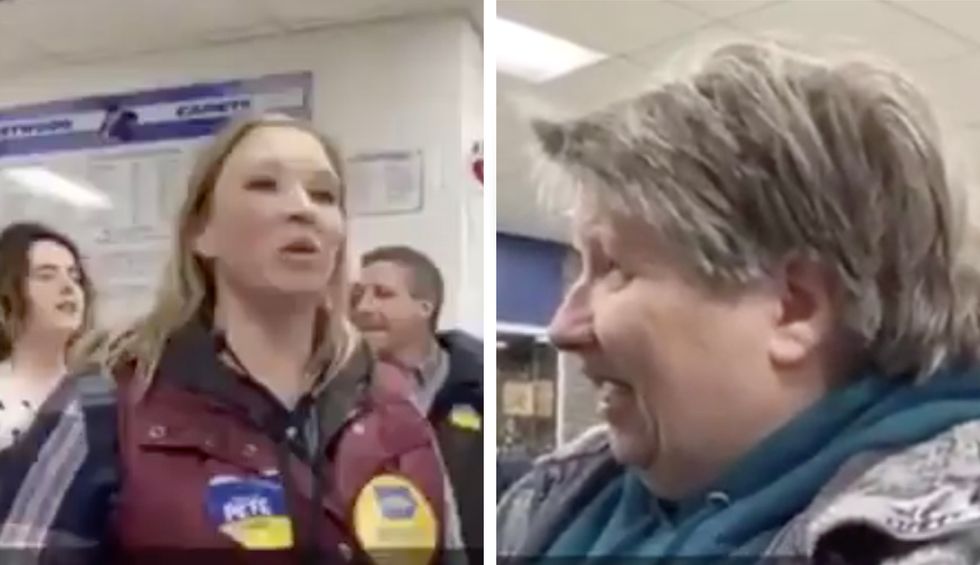 Many of the attacks on Democratic presidential hopeful Pete Buttigieg’s sexuality have come from Republican evangelicals at right-wing events. But a short video filmed at the Democratic Iowa caucuses shows a Buttigieg supporter defending the former South Bend mayor against a woman who was adamantly opposed to same-sex marriage.

The Buttigieg critic asserted, “I don’t want anybody like that in the White House…. He’s better read the Bible.” And the Buttigieg supporter responded, “He does, and he says that God doesn’t choose a political party.”

Buttigieg, a practicing Episcopalian who is married and openly gay, has often stressed that the Republican Party doesn’t have the market cornered on faith.

When the two women at the Iowa caucuses were debating Buttigieg and same-sex marriage, it didn’t turn into a shouting match — and Buttigieg’s supporter politely said, “I just ask you to look inside your heart because you sound like a Christian woman to me. And I’m a Christian woman, and my God wants me to love everybody.”

Buttigieg’s critic, however, responded that she must not believe the Bible if she thinks it’s OK for Buttigieg “to be married to a same-sex person.” And Buttigieg’s supporter told her, “I think we’re just interpreting it different, and that’s OK because everyone gets to have their own beliefs.”