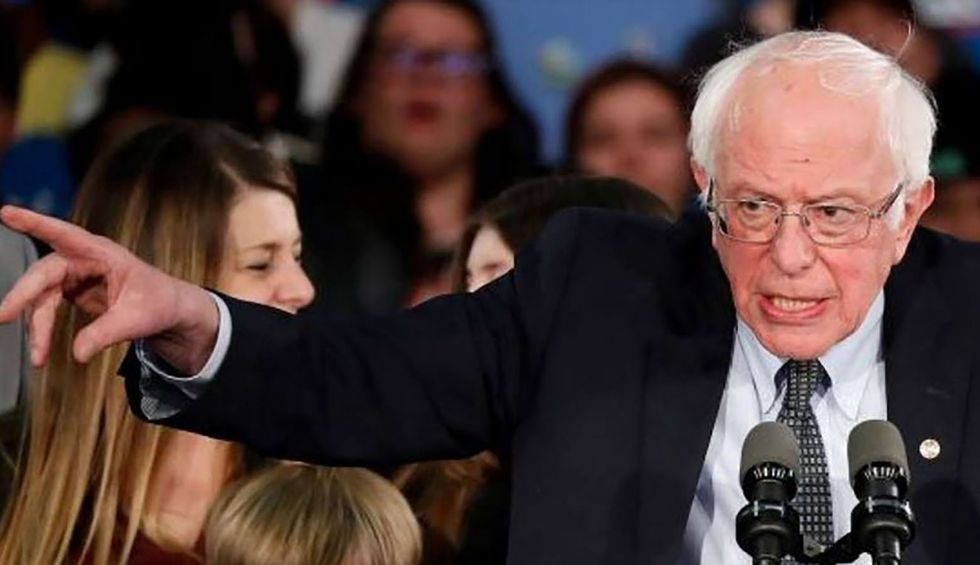 While journalists pick through the ashes of the Iowa caucuses meltdown, thousands of progressive activists are moving forward to make election history in New Hampshire. In sharp contrast to the prattle of mainstream punditry, the movements behind Bernie Sanders are propelled by people who engage with politics as a collective struggle because the future of humanity and the planet is at stake. As a result, the Granite State’s primary election on Feb. 11 could be a political earthquake.

Whether or not the Democratic Party’s corporate backers truly understand what progressive populism is all about, they’re determined to crush its strongest electoral manifestation in our lifetimes—the Bernie 2020 campaign. And, since the bottom fell out of Iowa’s capacity for dramatic political impact, New Hampshire now looms larger than ever.

Monday night’s collapse of the caucus vote-counting process in Iowa has amped up the spotlight on—and political consequences of—what will happen in the New Hampshire primary. A clear Sanders victory would make him the frontrunner for the Democratic presidential nomination.

Perpetuating passivity is a key undercurrent when corporate media report on election campaigns. Routinely, the coverage is rendered as entertainment, historic events to be individually consumed rather than collectively created. Progressive social movements have the opposite approach.

Propagandistic attacks on Sanders and his campaign are likely to reach new depths between now and the New Hampshire election. Effectively countering the distortions and smears will require concerted individual efforts on a large scale.

Whatever its budget or priorities, no presidential campaign can possibly maintain a presence in every neighborhood to do what ideally would be done. The success of the Sanders campaign depends on supporters taking the initiative rather than waiting for a national campaign to fill the gaps.

I often think about how Bernie used the opportunity to make a closing statement at a Democratic presidential debate last June. Instead of tooting his own horn and touting his leadership, he got to the core of terrible realities that won’t change unless people organize effectively from the grassroots.

After reeling off a few lowlights of the status quo—“for the last 45 years wages have been stagnant for the middle class. . . we have the highest rate of childhood poverty. . . 45 million people still have student debt”—he asked: “How can three people own more wealth than the bottom half of America?” Then he closed by saying: “And here is the answer. Nothing will change unless we have the guts to take on Wall Street, the insurance industry, the pharmaceutical industry, the military industrial complex, and the fossil fuel industry. If we don’t have the guts to take them on, we will continue to have plans, we will continue to have talk, and rich will get richer and everybody else will be struggling.”

Whether they agree with Bernie or not, people widely understand that he absolutely means what he says. And that helps to explain why, during the next seven days, in national media and across New Hampshire, corporate forces will be in overdrive to prevent a Bernie Sanders victory in the New Hampshire primary.

It’s not mere happenstance that the sound system at a Bernie rally often blasts out the song “Power to the People” as he takes the stage. Only the power of people, determined and mobilized, can overcome the forces arrayed against the Bernie Sanders campaign and the movements supporting him at this pivotal historic moment.