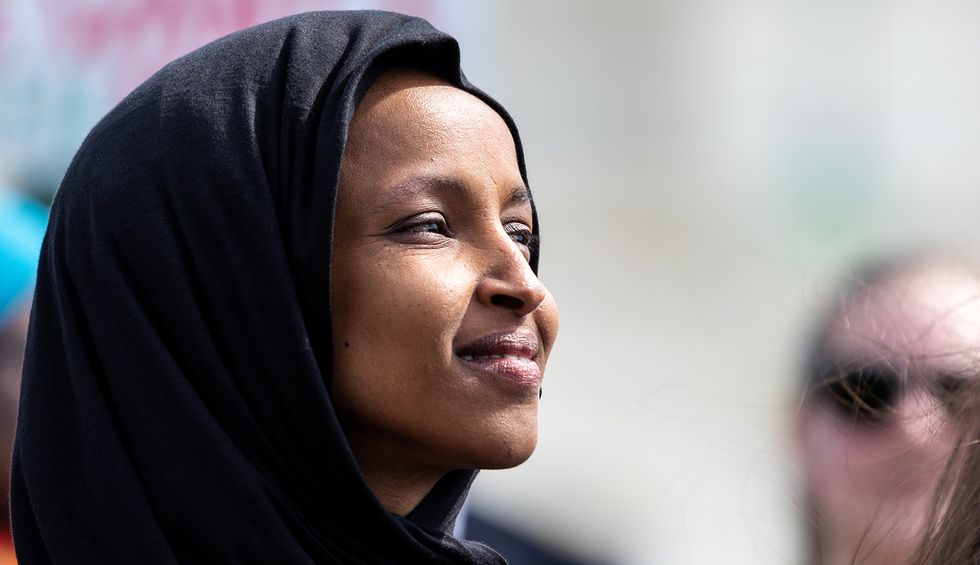 Rep. Ilhan Omar, the Somali-born Democrat from Minnesota whose left-wing, justice-oriented positions on U.S. foreign policy have made her a lightning rod for criticism from the right and praise from the left, unveiled Wednesday her plan for a more just and humane way for America to engage the rest of the world in her "Path to PEACE" proposal.

In a video announcing the plan, Omar reflects on her unique history as a child refugee and expresses her hope that her experience will become a thing of the past.

"What I believe is important is for us to actually lead the charge in creating a pathway for peace around the world," says Omar. "We can have an opportunity where we set a red line for human rights violations."

Today, I am proud to introduce the Pathway to PEACE, a bold vision that prioritizes multilateralism and diplomacy o… https://t.co/t8vPVi7qJE
— Rep. Ilhan Omar (@Rep. Ilhan Omar)1581524315.0

The plan calls for the U.S. to cease the "go-it-alone" strategy that has dominated the country's foreign policy for decades and to instead seek rapprochement with other countries and to prioritize human rights and other areas of global cooperation.

Path to PEACE includes seven pieces of legislation calling for Congressional approval of sanctions, the end of arms sales to human rights violators, and instituting policies aimed at protecting and promoting rights of children, among other issues.

"The United States can be an agent of peace and end the global refugee crisis if we elect members of Congress who will make this a priority," tweeted Jetpac executive director Mohammed Missouri.

The suite of proposals would initiate tighter scrutiny of U.S. support to countries that commit abuses and transfer $5 billion in wartime funding to a new Global Peacebuilding Fund. They would also give Congress new responsibility for approving and assessing economic sanctions that come via emergency declarations from the White House—bringing new accountability to a tool many experts feel presidents have overused. Successive presidents have treated sanctions as an ideal alternative to military intervention, even though they often lead to severe humanitarian crises.

Kate Kizer, policy director for Win Without War, said in a statement that Omar's proposal marks a significant advancement of left priorities and expressed hope the congresswoman is just the first of many lawmakers taking a moral approach to how the U.S. interacts with the rest of the world.

"Progressives have often been accused of lacking a coherent approach to foreign policy," said Kizer. "In reality, we have simply lacked the power and elected representation to demand progressive values be translated into foreign policymaking. Today, Representative Ilhan Omar has taken a significant step toward changing that."