How Trump's subservient GOP exposes the failure of American exceptionalism 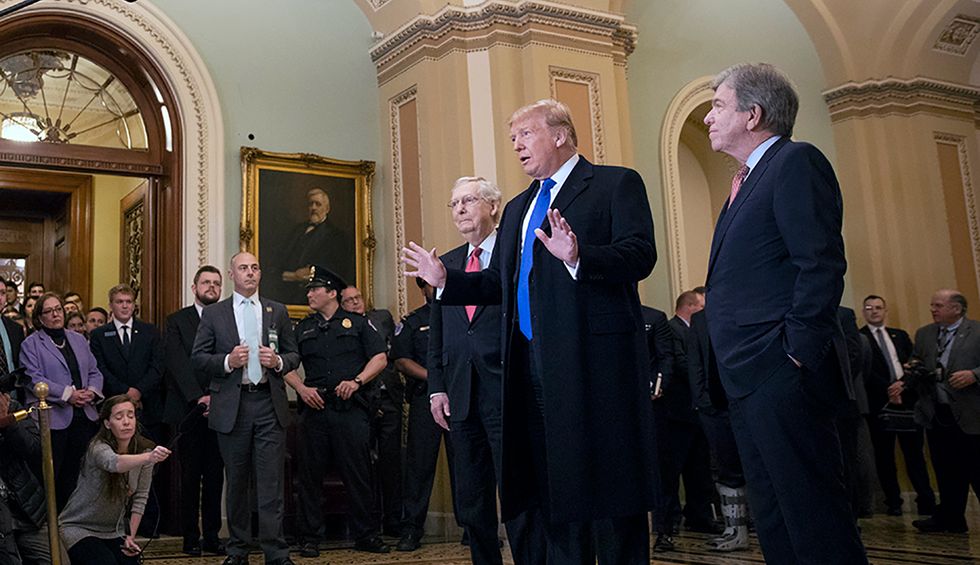 The impeachment trial was never going to produce a conviction, of course, but it could have at least served to shore up even a few of the nominal pillars of democracy yet intact. Decades of erosion by chief executives, packed courts, congressional (in)action, and general malfeasance have weakened protective mechanisms in areas from voting and campaign finance to government transparency and individual rights. Now, with the short-circuited process and inevitable outcome of the impeachment hearing, there is another nail in the coffin of a fractured system that still sits on an idealized pedestal.

American exceptionalism, when it's considered at all, is mostly viewed in the context of foreign policies: intervening in the affairs of others and holding the world to standards from which we are somehow exempt. This principle asserts the view that the U.S., as the primary global hegemon (militarily, if not culturally, or economically), has a sacred responsibility to take action deemed necessary to protect and promote our interests and support causes in which we believe. In practice, this looks like geographical incursions, political manipulations, and rights deprivations when larger concerns make such expedient.

There is, however, another version of American exceptionalism that applies more internally. Under this construct, the national identity becomes entirely bound up with bedrock beliefs in the idyllic virtues of democracy, justice, freedom, and associated "blessings of liberty." Parallel to the international variety, this aspect holds up a national image that silences dissent when invoked but isn't met in actual practice. In this guise, the mantle of patriotism can be claimed by those working actively against the higher ideals.

These themes have come to light in the course of the impeachment proceedings, particularly in the proffered defense which asserted, in essence, that as a constitutional matter a President simply cannot be convicted and removed. The rationale is that, unlike life-tenured federal judges (eight of whom have been removed from office in history), a President must stand for election every four years. This means that there's another mechanism for removing elected officials, namely the democratic process. In other words, the sanctity of the Constitution and electoral processes mitigate against congressional removal.

Despite its implicit valorization of American ideals, the radical standard set by this argument could serve to further cement the "imperial presidency" that has been steadily expanding over the decades. George W. Bush, for example, took the practice of issuing "signing statements" (executed in conjunction with approving legislative acts) to new heights of presidential fiat. In these statements, Bush would routinely render objections or even outright exemptions to the bills being signed, operating in some respects like a line-item veto of statutory provisions deemed inconvenient or antithetical to the President's agenda.

The trend toward expanding executive powers has been well documented, but the arguments advanced in the impeachment trial threaten to take it to a more dangerous level. Commentators have lamented the implications of acquitting on the grounds argued, noting that it could effectively immunize nearly any presidential conduct in the service of getting reelected. The permutations of this would grant sitting presidents the right to do almost anything deemed necessary to maintain their power, with no prospect of real oversight—except apparently that of "the people" in our exceptionalist democratic mythos. (Of course, presidents aren't directly elected by popular vote, so even this vaunted mechanism is tenuous.)

The underlying basis of impeachment acquittal could confer a veritable executive carte blanche, and in the process weaken the foundering "checks and balances" in the system. This surfacing is critical, further rendering unmistakable the extant gap between American values and our actual politics. Perhaps in an ironic twist, the exposure of illusory principles to fractious daylight will prompt multitudes to demand change. Until then, we're left with the spectacle of democratic veneration amidst the specter of tyranny.

Randall Amster, JD, PhD, is Director of the Program on Justice and Peace at Georgetown University. His books include Peace Ecology (Routledge, 2015), Anarchism Today (Praeger, 2012), Lost in Space: The Criminalization, Globalization, and Urban Ecology of Homelessness (LFB, 2008); and the co-edited volume Exploring the Power of Nonviolence: Peace, Politics, and Practice (Syracuse University Press, 2013).