How the coronavirus has infected Trump's presidency 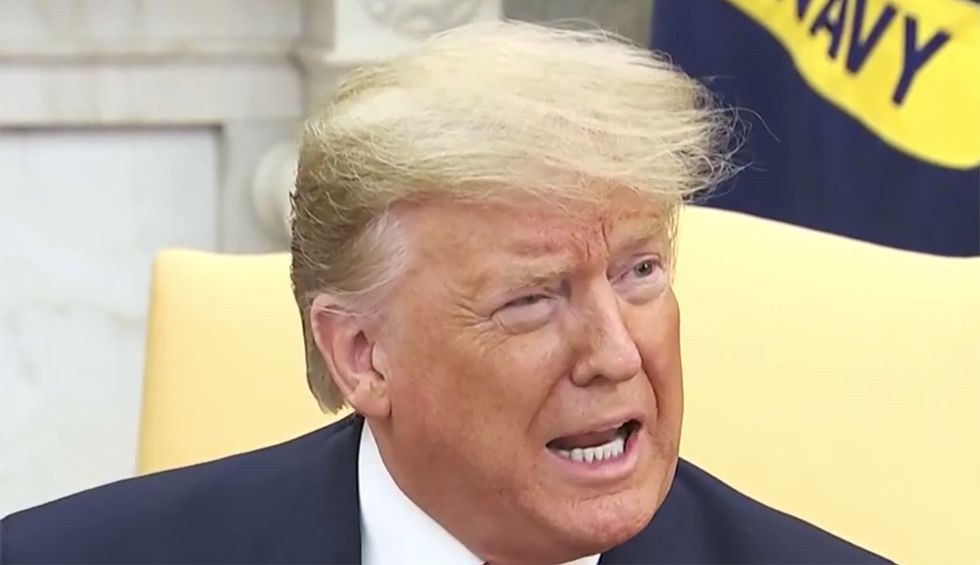 Nobody saw this coming. Turns out it may not be Bernie, Mike, Joe, Liz, Pete—or even Nancy Pelosi and Adam Schiff—who bring down Donald Trump.

Early indications suggest the coronavirus could spawn the pandemic that would torpedo the booming economy Trump calls his win. He assumes the state of the economy will sweep him back into office.

The Dow Jones Industrial Average fell nearly 2000 points Monday and Tuesday on coronavirus-fueled speculation. At the same time, the Centers for Disease Control warned Americans to “work with us to prepare for the expectation that this could be bad” and outlined how schools and businesses should prepare if the virus spreads. San Francisco announced a state of emergency Tuesday.

Trump wrote on Twitter, however, that there was nothing to worry about. “The virus,” he said, “is very much under control in the USA. Stock Market starting to look very good to me!”

“I won’t say [it’s] airtight,” he said, “but it’s pretty close to airtight. There will be some stumbles. We’re looking at numbers, it’s a little iffy.”

Kudlow called COVID19 a “human tragedy” but pointedly said it was not likely to be an “economic tragedy.”

More than 80,000 people have been infected and at least 2,700 have died as a result of the virus around the world. If the CDC is right and COVID19 hits us with any severity, Trump will be blamed. The fallout will likely point up Trump’s decision in 2018 to essentially disband the government’s pandemic response team. That was just when many experts were saying we are not prepared for a pandemic or bioterrorism attack.

The nation’s top official for global health, Rear Adm. Timothy Ziemer, left the administration suddenly in May 2018, A month earlier billionaire philanthropist Bill Gates met with Trump and warned him there needed to be more U.S. funding into therapeutics and vaccines because of the risk of bioweapons and disease outbreaks.

Trump’s favorite Congressional Medal of Freedom recipient did all he could to back the president this week.

If only. New cases of COVID19 are being reported in Iran, South Korea, Italy, Switzerland, Austria, Croatia and the Canary Islands off Spain. China and at least 100 million of its people remain virtually in lockdown. Surgical masks (which may or may not help) are barely being kept in stock at pharmacies in France. New “premium,” Darth Vader-like facial masks are being advertised all over social media but once you drop $29 a piece on them, you learn they won’t come for two to six weeks.

Much of Twitter wasn’t on board with the Trump administration’s insistence that all was well. Some were trying to find a silver lining in what could be a terrifying unknown.

“If #COVID19 causes Don Trump to lose in November,” read one tweet, “that would be the first known case of a disease conquering a disease.”