'He's a con man': MSNBC's Chris Hayes explains why Trump is much weaker than he seems 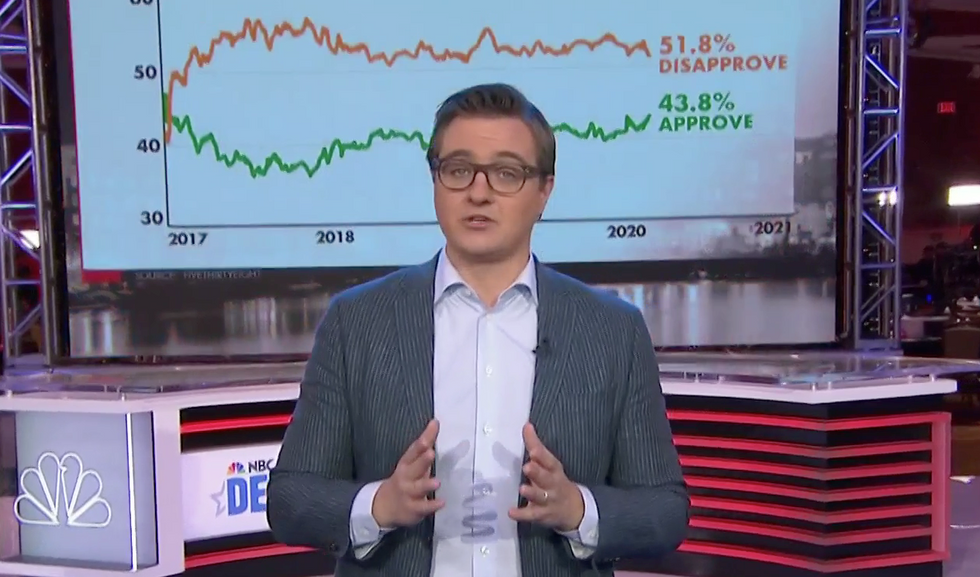 Since President Donald Trump's acquittal in the Senate last week, many political commentators have suggested that his electoral fortunes are rising while the Democrats' 2020 prospects are dimming. But as MSNBC's Chris Hayes argued Monday night, these claims have been greatly exaggerated.

While Trump's poll numbers have ticked up slightly in recent days, it's far from a dramatic bounce — and he still remains unpopular nationwide.

But the illusion that Trump is riding high, Hayes argued, is actually part of his strategy to get re-elected.

"The president is many things: He's a bigot, he is a liar, he's a narcissist but above all else," Hayes said, "he has been a con man."

And Democrats shouldn't fall for it.

He concluded: "He is vulnerable politically. He's beatable. He wants you to believe that he's strong, but he's not. He is not a colossus. He's a con man."