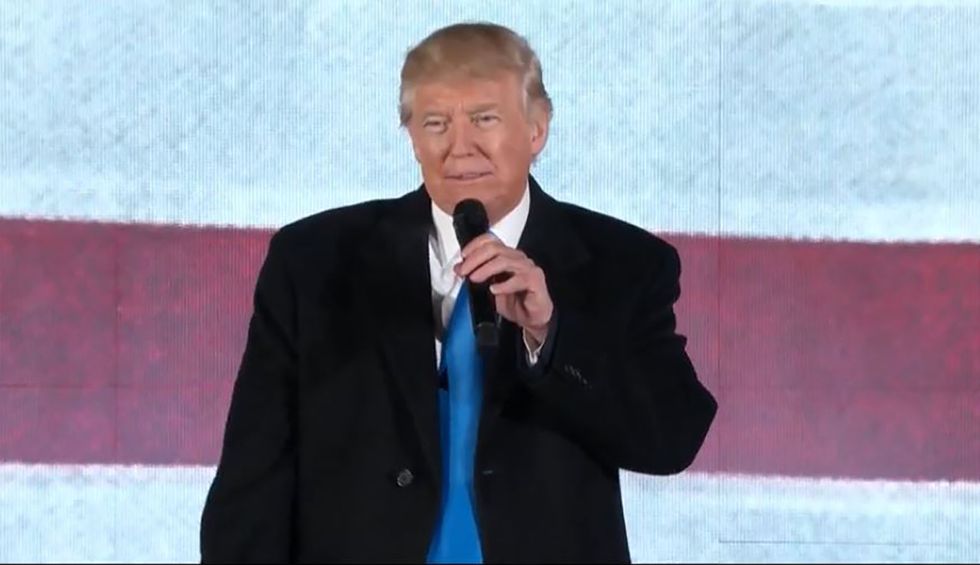 Since late December, 2019, when retiring editor-in-chief of Christianity Today Mark Galli published his infamous “Trump Should Be Removed from Office” editorial, there’s been a great deal of buzz in the pundit class over whether Trump, after a highly publicized impeachment trial, needs to be concerned with possible defections in his white evangelical base. From an analytical standpoint, the buzz is mere noise, horse race politics nonsense from people who don’t understand that most white evangelicals have long since come to regard CT as “too liberal.” As John Stoehr observed on RD back in December, “It’s not going to change much.”

And, what many failed to notice or recall, is that the editorial itself was entirely milquetoast, attacking only Trump’s “gross immorality and ethical incompetence,” while agreeing with Trump-supporting evangelicals that “his Supreme Court nominees, his defense of religious liberty, and his stewardship of the economy” are among “the president’s positives.”

Although this editorial was never going to make a dent in the unflagging support Trump counts on from his white evangelical base, he seems to have been scared enough by the furor around it to start ramping up his evangelical outreach. It’s probably no coincidence that Trump recently became the first U.S. president to address the radical anti-choice “March for Life” event in person.

Given that the vast majority of white evangelicals, America’s single most right-wing demographic, are Christian nationalists, we should have expected a substantial presence of Christian nationalist rhetoric in yesterday’s State of the Union Address, along with coded nods to specific evangelical concerns about abortion, schooling, and “religious freedom.”

Indeed, all these elements were present in a speech packed chock-full of “lies, damned lies, and statistics,” along with reality-show gimmicks including a surprise reunion of Trump guest Amy Williams and her husband, Sgt. 1st Class Townshend Williams, and awarding the Presidential Medal of Freedom to right-wing radio charlatan Rush Limbaugh, whose advanced lung cancer diagnosis does nothing to erase his substantial contributions to the destruction of America’s information ecosystem.

Trump’s appreciation for post-truth bluster and militarism are certainly among the characteristics that endear him to the Christian Right. And while he remains most in his element with the jingoistic rhetoric of borders, “heroes,” economic protectionism, and “criminal” immigrants, over the last few years Trump has become visibly more comfortable using language that more directly appeals to the conservative, mostly white evangelicals and radical traditionalist Catholics who represent his base, and with whom he has surrounded himself.

To those with “eyes to see,” Trump’s first clear appeal to the Christian Right came in his use of the phrase “failing government schools” in the midst of his calling for the expansion of “school choice” voucher policies. As a few observers on Twitter pointed out, notably religious studies professor Julie Ingersoll, the pejorative term “government schools” is a hallmark of Christian Reconstructionism, a radical theocratic ideology whose exponents believe that public education should be abolished in favor of homeschooling and/or Christian schools.

As Ingersoll’s research demonstrates, such ideas have been mainstreamed in evangelicalism precisely through the spread of Christian schooling and the deregulation of homeschooling, thanks to Christian Reconstructionist influence on curricula.

Trump’s subsequent appeals to his white evangelical base were more obvious. Right after touting the confirmation of new federal judges on his watch, including “two brilliant new Supreme Court Justices, Neil Gorsuch and Brett Kavanaugh,” the president boasted about his administration’s “defense of religious liberty, [which] includes the Constitutional right to pray in public schools.” While this right has never in fact been contested, it’s a longstanding evangelical tactic to disingenuously conflate the constitutional ban on school-sponsored prayer with the generic “prayer in schools,” which makes for a more effective rallying cry to agitate the faithful.

From here, Trump launched into a bizarrely manic description of what “we” do in America, rhetoric that reinforces the authoritarian urge to define “the nation” or “the people” in a way that excludes othered groups:

In America, we do not punish prayer. We do not tear down crosses. We do not ban symbols of faith. We do not muzzle preachers and pastors. In America, we celebrate faith. We cherish religion. We lift our voices in prayer, and we raise our sights to the Glory of God!

Few Americans would disagree with the first four sentences, all of which, with certain caveats, represent clearly protected First Amendment freedoms. (If, for example, the proverbial cross happens to be located in a public space that doesn’t permit equal representation to other faiths, then yes, the cross might be removed according to the Constitution.)

The last three sentences, however, are a different matter, as they’re clearly meant to define America as a religious nation to the exclusion of non-believers. And, given the proximity of these statements to Trump’s invocation of crosses, it’s no stretch to read these sentences as defining America as a specifically Christian nation.

Trump’s awkward transition from this Christian nationalist rhetoric to invoking the Second Amendment’s “right to keep and bear arms” may seem out of place to some observers. As I’ve argued previously, however, the coziness of God and guns makes perfect sense to Trump’s Christian Right base. Likewise, Trump’s subsequent lines on “manifest destiny,” “frontiers,” and defeating terrorism are red meat for Christian nationalists (if rather bizarrely thrown together with assertions that America will send the first woman to the moon and be the first nation to plant a flag on Mars).

Trump drove his speech to a close with more secularized and—despite references to Frederick Douglass and Harriet Tubman—racist nationalist appeals to “pioneers,” “settl[ing] the New World,” and “the beautiful, beautiful Alamo.” This language of “national greatness,” it’s worth noting, may be regarded as the expression of a type of political religion, an essentially secular expression that Christian nationalists nevertheless embrace enthusiastically. In the end, for those worried about attacks on the separation of church and state and about the unwavering support for Trump among white evangelicals, the 2020 State of the Union will do little to assuage these concerns.