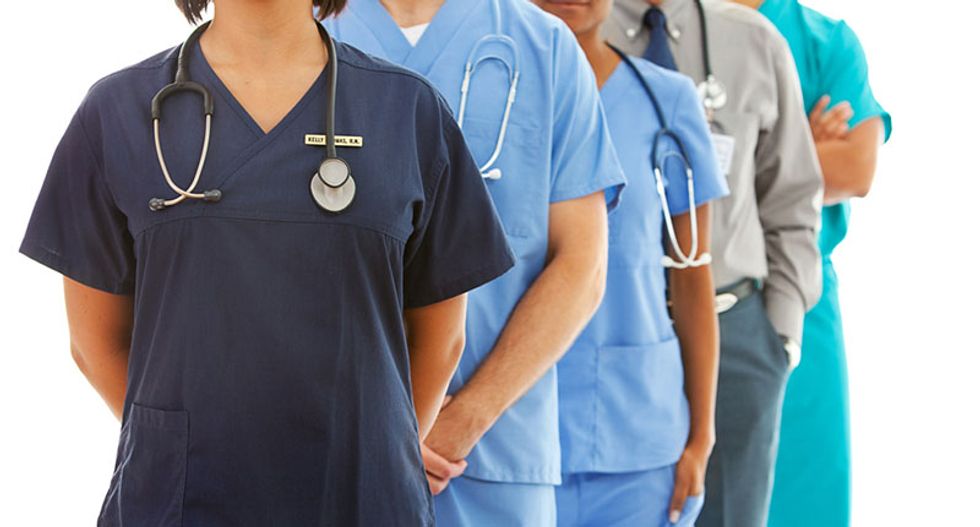 World health officials warned Monday that the coronavirus that started in China two months ago is now spreading rapidly in other countries and that the world is fast approaching a "tipping point" with the virus.

"The tipping point after which our ability to prevent a global pandemic ends seems a lot closer after the past 24 hours," Paul Hunter, an expert on the virus and a professor of medicine at the University of East Anglia in the U.K., told The Guardian Sunday, soon after clusters of the disease were reported in Italy, Iran, and the United Kingdom.

Tedros Adhanom Ghebreyesus, director general of the World Health Organization (WHO), said over the weekend that public health experts face a "narrowing window of opportunity" to stop the spread of the coronavirus, officially known by the organization as COVID-19.

"The disease [is] still possible to contain but if some fail, if some do not do everything that is needed, this can still become out of control with dramatic consequences in global health and the global economy."

Since the respiratory illness was first reported in Wuhan, China, officials have reported more than 2,620 deaths worldwide—nearly all of them in China.

More than 30 people have now died outside China, with some clusters showing no clear link to the Asian nation.

In northern Italy, about 50,000 people have been on lockdown since Friday in a so-called "red zone," after officials confirmed 229 people have contracted the virus. Seven people, all of whom were elderly and had underlying health problems, have died of coronavirus in Italy. The Italian government has imposed strict internal travel restrictions.

"The identification of the large cluster of cases in Italy is a big worry for Europe and we can expect there to be quite a few more cases identified in the next few days," Hunter told The Guardian.

Iranian officials also imposed travel restrictions after deputy health minister Iraj Harirchi said 12 people in the country have already died from COVID-19—the highest number of deaths in one country outside of China—and 66 have been infected. Fourteen provinces closed schools and universities Monday as a precaution, while Pakistan closed its border with Iran and Afghan officials restricted travel to the country for the time being.

United Nations Secretary-General António Guterres expressed hope that the declining number of new cases in China is a positive sign, but warned that governments all over the world must develop plans for potential outbreaks in their own countries.

"All countries—and this is now a problem that is affecting many countries in the world—all countries must do everything to be prepared," Guterres said in a statement Monday. "The disease [is] still possible to contain but if some fail, if some do not do everything that is needed, this can still become out of control with dramatic consequences in global health and the global economy."

"We need to rely on science and facts, not stigma and discrimination to get through this," added Guterres on Twitter.

As our @WHO colleagues continue their relentless work in response to the #coronavirus outbreak, I urge people world… https://t.co/XdFEXdNtAX
— António Guterres (@António Guterres) 1582575111.0

The stock markets in Italy and South Korea, where 800 cases have been reported, plunged on Monday as the virus spread. In South Korea the market closed down by nearly 3.9%, while the Italian market fell by 5.4%. In the U.S., the Dow Jones index plummeted by more than 1,000 points Monday, or 3.5%.

"The economic impact could be very strong," said Italian Prime Minister Giuseppe Conte. "At this moment, we can calculate that there will be a negative economic impact, we are not yet in a position to forecast what will happen."

In the U.S., the Centers for Disease Control and Prevention (CDC) reported Monday that there were 14 confirmed cases in the country, with two new infections in northern California. The tally did not include 39 Americans who contracted the virus and were repatriated from Wuhan and a cruise ship that was in Japan.

WHO cautioned against calling the spread of the virus, which has infected more than 79,000 people worldwide, a "pandemic." Doing so "does not fit the facts, but it may certainly cause fear," Tedros said.

Some posited that COVID-19 would eventually be given such a classification, however, considering the fast spread of the disease in several countries.

"We now consider this to be a pandemic in all but name, and it's only a matter of time before the World Health Organization starts to use the term in its communications," Dr. Bharat Pankhania of the University of Exeter Medical School told The Guardian.