Get ready for Trump's next act: 'Vindication and attack' 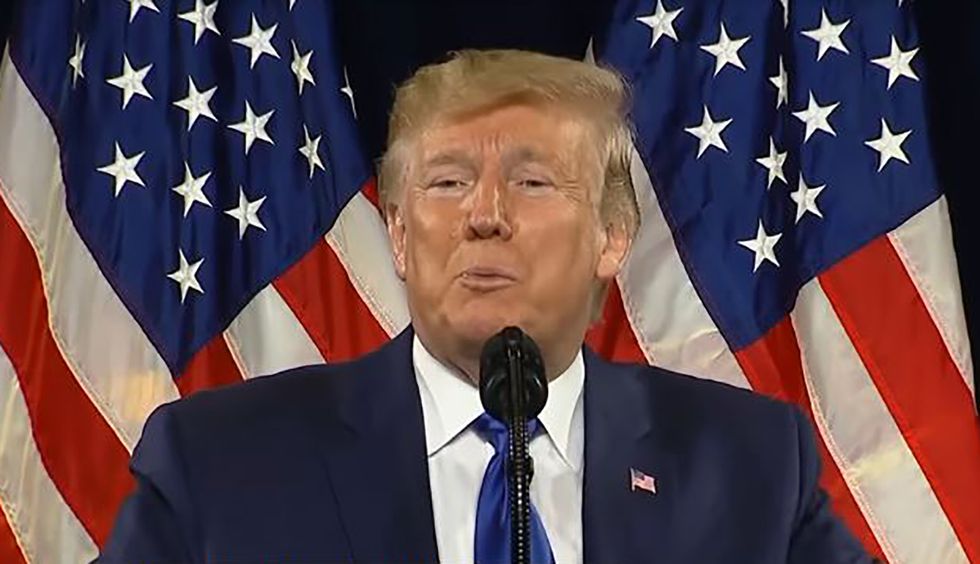 Even as the Republican Senate majority was acquitting Donald Trump of impeachment charges, one could sense the country bracing for the impending retaliating boomerang.

Trump is never gracious. Even in would-be victory, he is sure to be boastful about beating the so-called witch hunt.

The next step, naturally, will be vindication and attack.

The vote was almost without drama since almost all senators had declared their intentions. The exception, of course, was the emotional decision by Sen. Mitt Romney (R-Utah) to convict. He was the sole senator to break with the GOP. After closing speeches filled with self-serving hyperbole, the Senate finally got to the predicted vote. Democrats held together in a minority.

Susan Collins (R-Maine) insisted Trump has learned from the flawed scheme in shaking down Ukrainian officials for personal political gain that gave rise to the removal vote. She trusted Trump would refrain from other such actions again. Trump apparently dismissed Collins’ suggestion and told news anchors he had done nothing wrong.

Meanwhile, Vanity Fair reported that Trump is compiling a Nixonian enemies list. It includes former national security adviser John Bolton and top House Democrats. Gabriel Sherman reported, “Republicans briefed on Trump’s thinking believe that the president is out for revenge against his adversaries.” One unnamed Republican congress member said, “It’s payback time. He has an enemies list that is growing by the day.”

Sen. Lindsey Graham (R-S.C.) has promised hearings to pursue wrongdoing claims about Hunter Biden, son of  Trump rival Joe Biden. Graham also wants to know about supposed ties of the original whistleblower to Biden. Both questions are irrelevant now except in pursuit of the original political goals that Trump had in mind. “We’re going to get to the bottom of all of this to make sure this never happens again,” Graham added.

And Rudy Giuliani, Trump’s personal attorney and leader of the rogue campaign in Ukraine, says he is still seeking information in Ukraine. Giuliani was visiting that country even as impeachment processes were underway.

In clearing Trump despite GOP acknowledgement of bad behavior,  the Senate is accepting vastly expanded and uncheckable presidential power.

The widely held belief is that Trump will take advantage, both in policy and governing ways, and in areas more definable as politics, culture and personal ethics.

Vanity Fair said, “Trump wants Bolton to be criminally investigated. A person familiar with Trump’s thinking said Trump believes Bolton might have mishandled classified information. According to a former official, the White House is planning to leak White House emails from Bolton that purportedly allege Bolton abused his position at the National Security Council.”

Walter Shaub, former director of the Office of Government Ethics, tweeted even before the vote. He said  “the would-be authoritarian is escalating his abuses of power.”

Common Dreams promised that demonstrations were being organized.

As Trump and the Justice Department under the direction of William P. Barr have proved, the boundaries between White House and Justice have been totally lowered. Working together, Trump and Barr have scrutinized former FBI officials like James Comey Jr. and Andrew McCabe as potential objects of criminal investigations for launching investigations that led to the Russia probes.

Let’s be clear: This is the stuff of authoritarian regimes.

On a broader basis, Trump already has vowed to unlawfully rejigger Congressional funds from approved programs to pay for the southern border wall. He is moving aggressively to use executive orders to put into effect deregulation and policy changes to avoid Congressional review. The same blanket immunity for which Team Trump found the rationale to avoid turning over anything to Congress already has been extended to avoid oversight of normal governance.

The boastfulness we saw at the State of the Union address – in reality, the State of Trump’s Union – we will see in daily exaggeration. Insults and fact-twisting will escalate as Trump turns officially to re-election.

No one will be surprised by wild celebrations at the White House and among Trump supporters of having beaten removal from office. That’s what happened after the White House’s Mueller Report re-interpretation of what the report said, distorting the probe into a hoax.

No one would be surprised if Trump now turns to China, for example, and asks once again for help in looking at Hunter Biden, who had been connected with a company that had sought Chinese investment while his dad was in office.

Facts about Night are described as Day, as the Trump speech showed. Neither truth nor context matter.

Trump is only about the crushing power of majority, so ironic because Trump has no majority outside the Senate.

The acquittal is bringing Orwellian visions closer to reality.