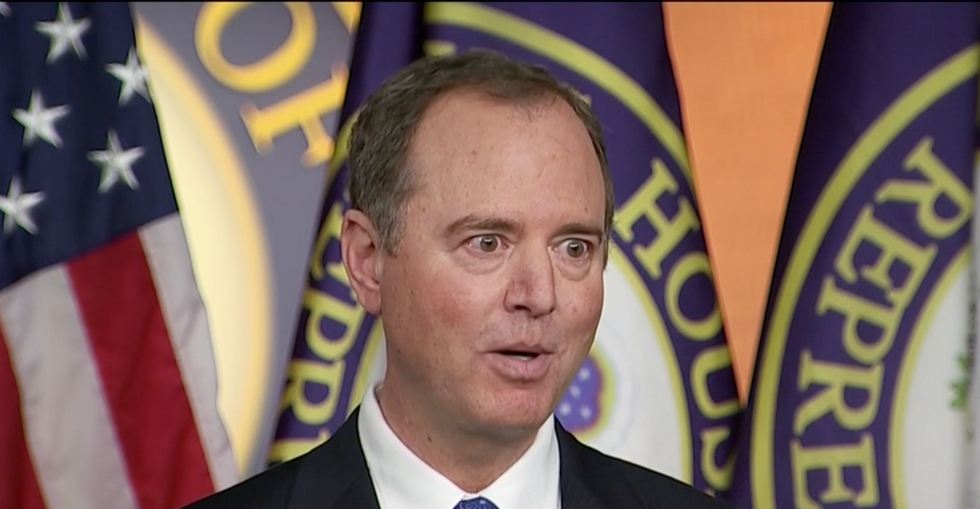 The documents recount a conversation Meister has with investigators, which revealed he was a Fox News viewer and was likely intoxicated at the time of the alleged threat, as The Informant noted:

Agents explained that the call was to Congressman Adam Schiff.

MEISTER responded that he watches Fox News and likely was upset at something that he saw on the news. He stated that he strongly dislikes the Democrats, and feels they are to blame for the country's political issues.

"I'm gonna fucking blow your brains out you fucking piece of shit," he reportedly said in a voicemail left at the congressman's office.

Meister is registered as a sex offender, and police have also charged him with illegal possession of firearms.

Schiff led the impeachment inquiry against President Donald Trump, which helped turn him into one of the most loathed figures in right-wing media. Trump himself has been accused of threatening Schiff, though not as vividly, for tweeting last month that the lawmaker "has not paid the price, yet, for what he has done to our Country!"

Meister has pleaded not guilty and is planning to go to trial in March. Schiff's office has not commented on the matter.

Trump's rhetoric has previously inspired violence and threats against his Democratic opponents. Rep. Ilhan Omar (D-MN) has said that Trump's attacks and tweets targeting her have led to death threats. And Cesar Sayoc, a fervent Trump fan, sent a series a pipe bombs to the president's perceived enemies in the fall of 2018 before he was eventually caught by the FBI. None of the devices exploded or caused harm, but the FBI determined that they were not intended as hoaxes.