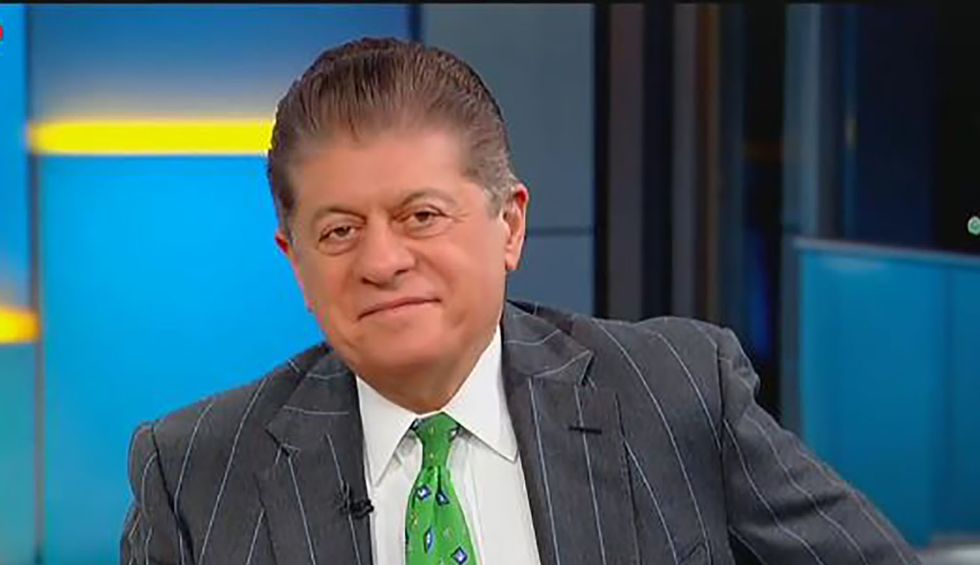 The former New Jersey Superior Court judge said a trial should be a search for truth, but the Fox News contributor wrote in his new column that GOP senators instead turned the impeachment into “a steamroller of political power” by blocking witness testimony.

“The party told you to reject the evidence of your eyes and ears,” Napolitano wrote, quoting from George Orwell’s “1984.” “It was their final, most essential command.”

“In its wake is a Congress ceding power to the presidency,” Napolitano wrote, “almost as if the states had ratified a constitutional amendment redefining the impeachment language to permit a president to engage in high crimes and misdemeanors so long as he believes that they are in the national interest and so long as his party has an iron-clad grip on the Senate.”

Napolitano argued that House investigators had made their case that Trump had abused his power in office, committed bribery and broken campaign finance law — all of which could be defined as high crimes.

“The evidence that Trump did this is overwhelming and beyond a reasonable doubt, and no one with firsthand knowledge denied it,” Napolitano wrote. “Numerous government officials recounted that the presidential leverage of $391 million in U.S. assistance for a personal political favor did occur and the government’s own watchdog concluded that it was indisputably unlawful.”

The Senate voted to block additional testimony, even as new evidence continued to leak out in the press, but Republicans decided to accept Dershowitz’s twisted legal argument.

“This morally bankrupt, intellectually dishonest argument – which effectively resuscitates from history’s graveyard President Richard Nixon’s logic that ‘when the president does it, that means that it is not illegal’ because the president is above the law – must have resonated with Senate Republican leaders,” Napolitano wrote.

Napolitano ripped their 51-49 party-line vote to block witnesses as “shameful,” and said that Trump’s insistence on excluding testimony that might have exonerated him as additional evidence of his guilt.

“If Trump really believes he did not commit any crimes and any impeachable offenses, why would he orchestrate blocking evidence?” he wrote. “And who – having taken an oath to do ‘impartial justice’ – would close their eyes to the truth? How could such a marathon of speeches possibly be considered a trial?”

Napolitano warned that Trump and his GOP allies had established a dangerous precedent and irreparably damaged the Constitution.

“Trump will luxuriate in his victory,” he wrote. “But the personal victory for him is a legal assault on the Constitution. The president has taken an oath to preserve, protect and defend the Constitution. Instead, he has trashed it.”